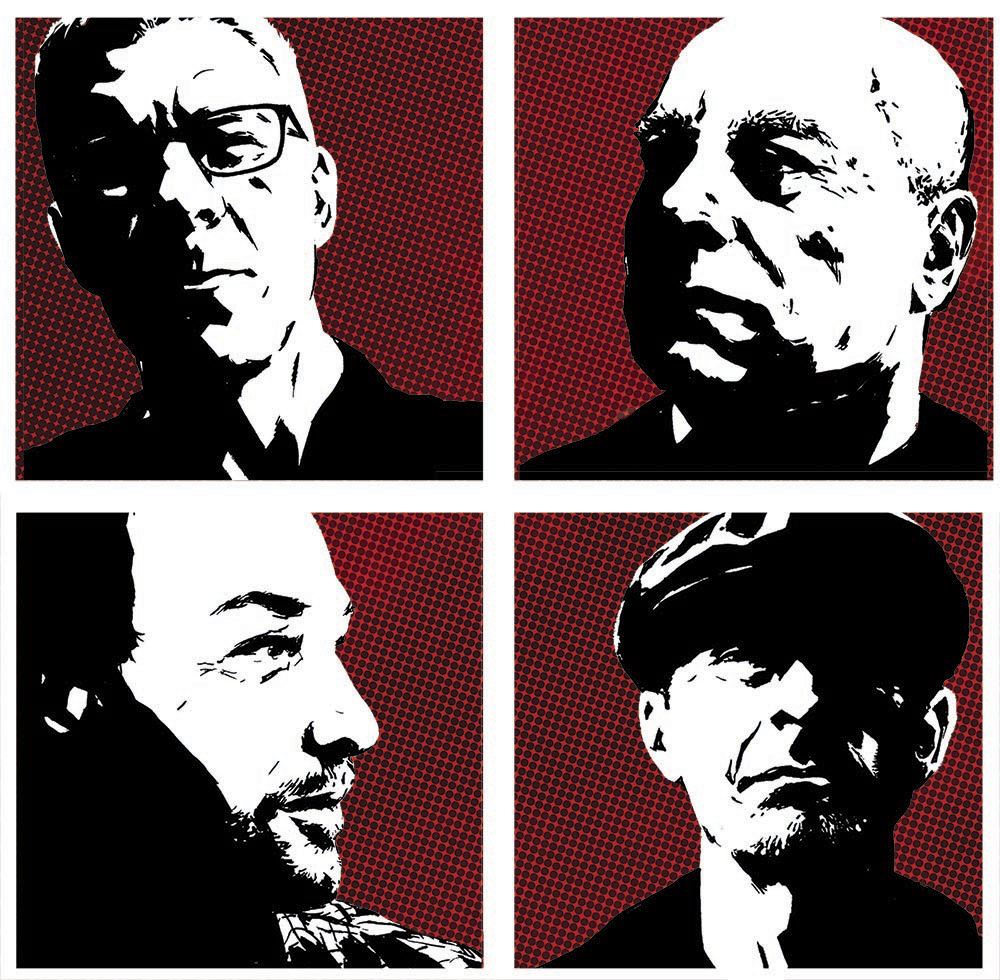 Even though it’s a throwback without a purposeful throw, you don’t need to be riding the wave of 90s nostalgia to enjoy “The Lower Side of Uptown,” the latest album from the Toadies. Finding mainstream success amid the golden age of alternative rock, the Texas-quartet exploded onto the scene in 1994 with the hit album “Rubberneck,” and although the band dispersed in 2001, they reunited with a different lineup five years later and have been writing and performing ever since.

We recently sat down with guitarist Clark Vogeler to discuss the creative conception of the new album, how the band continues to pull in a young audience, and why performing “Possum Kingdom” never gets old.

TrunkSpace: The new album is due out on Friday. Where do you rank it in terms of your overall career, and not even necessarily from the viewpoint of the music but as the experience itself?
Vogeler: I would say that the experience of this album was interesting because if you put it in the context of all the other albums, basically coming off the last album, which was pretty much an acoustic album, it was a much quieter album for us. What happened was, when we got together, we basically just had a pile of riffs that we’d written on the road, in soundcheck, on the bus, or at home. They were just a bunch of little pieces and then it came together. It became a real loud, heavy album… kind of much different than I think we all expected it to be going into it.

What we have been doing for our albums is going in and not really knowing what is going to happen. Going back to the 90s, by the time we got to the studio, we knew exactly what happened in every song because we’d been working them to death. We’re kind of having a better time these days not knowing everything and making decisions on the fly. This album was the most productive recording session I think we ever had because we went in with a pile of riffs and all we needed was like 10 or 11 songs to finish the album, but we got 16 or 17 songs kind of fleshed out.

So, if you put it in the context of our whole career, I think we’re just getting better at being the Toadies, or we can trust ourselves more to be the Toadies and do what the Toadies do without second-guessing ourselves. I think that in the end, it makes for a better music.

TrunkSpace: You mentioned that you guys go into the studio not necessarily knowing what will happen when you do. Does that help to not put expectations on things and allow the creativity to 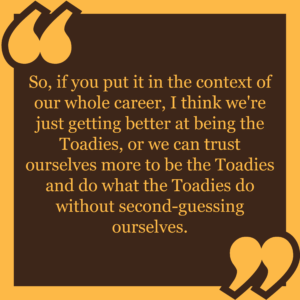 just be creative?
Vogeler: Exactly, yeah. You kind of have to get out of your own way too. If I go back to 1998… we spent all year in the rehearsal space, going over and over and over and over again on these songs we just kind of beat to death. In the end, those songs, I think they suffered for that. They got too much attention. If you think about a song like “Tyler” from the Toadies’ first record, which is a big fan favorite, that song came together in like five minutes.

When you’re in the studio and the clock is running and we’ve only got X number of days left, the pressure is on a little bit, but what that did was just allow us to run with it. There’s a couple moments on the record, which if we had spent a month in the rehearsal space, they probably wouldn’t have turned up on the record like that. It requires you getting the band to be able to move fast. We kind of trust ourselves. It goes back to trusting ourselves to do what we could do and really getting out of our own way and not thinking, “That sounds dumb,” or, “That’s too catchy,” or, “Too metal,” or whatever. Whatever voice would pop up in your head, you kind secondguess it. You kind of have to flush all that away and trust yourself. That’s basically what that session was like.

TrunkSpace: But that’s what’s beautiful about music… the imperfections. If you listen to some of the great records of the 60s and 70s, you can always pick out the things that would never exist on a record today, but they are so perfect for being imperfect.
Vogeler: I think you’re right. I think early on, when I was younger, I spent a lot of time in the studio trying to get it exactly right. I thought that’s what you’re supposed to do in the studio. I’ve learned as I’ve gotten older, really what you’re supposed to capture is a feeling in the studio. You’re not supposed to capture perfection unless that’s the feeling you’re going for, but the Toadies is not about perfection. It’s more loose and kind of ragtag where none of us are like super amazing players. Our bass player’s really good. Our drummer’s good. Of course, our vocalist can sing, but it’s kind of like a sum of the parts thing. None of us with the exception of our singer are going to fill a room full of people who want to hear us play, but when we can get together, we know our limitations and we kind of stretch out within that realm.

TrunkSpace: A lot has changed within the industry over the years. Has the way the band interacts with fans changed? Have the fans themselves changed?
Vogeler: We stopped playing together for five or six years. When we came back together and started touring, we found that there’s actually a lot of young Toadies fans out there. Certainly, there’s the people our age out there and some of them are bringing their kids, but there are also these 18-year-old kids with long hair and Nirvana shirts that never got to see Nirvana, but they’re stoked to see the Toadies play. That was a real surprise, that basically our audience these days is very mixed. I think that speaks to the… well, I’m not sure how to frame this, but when we were 20, you listened to this kind of music that, to a larger extent, represented you. The kids these days, they don’t have that. They’re not loyal to any genre. They just mix it up. They’ll like hip-hop. They’ll like some pop. They’ll like some black metal. I think that benefits us as an older band to have some young fans like that. 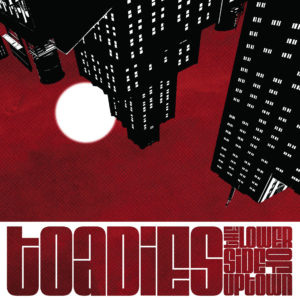 We are really lucky to have had some radio success in the 90s that has somehow managed to stay. Our music still finds a lot of radio time and that translates into still having an audience and still having a career. I think without the radio support, it would be a little different. So, we’re in a really lucky position to have that 90s radio still happening.

TrunkSpace: If you guys were starting out today, how different would the journey have been?
Vogeler: Gosh. That’s a tricky question. I’m not sure I know how to answer that one. Let me think…

It would be an entirely different path as far I can tell. The industry is 100 percent, wholly different than it was in 1995 when “Rubberneck” was selling lots of records. That came off the back of huge support at radio and support at MTV. Now, both of those things are… I can’t even imagine what struggle it would be if we were just starting out. Not to mention the fact that in a bigger picture, rock and roll is not really everybody’s favorite these days. It’s really slinked to the background if you look at the charts in mainstream media, but when you go to rock shows, you can see there’s obviously still a lot of people that love rock and roll. It’s just not selling records like it used to. I think it’ll eventually come around, but we need some young band with a fresh sound that can catch you with their songs to do it up again.

TrunkSpace: After all of these years in the industry, what still excites you most about having a career in music?
Vogeler: Well, I’ll tell you what… the best part of being in a band for me is playing the live show. That never gets old. There are nights when you’re on tour for six and a half weeks and then you have a Tuesday night show in wherever, and maybe you’re not feeling it that night, but 99 times out of 100, that is the best part of going on tour… just being a musician. People ask us if we get tired of playing “Possum Kingdom.” When we start that song and you see 500 or 2,000 or 10,000 people shout and stand up and start getting into it and smiling and singing along… there is no better feeling as a musician than to see a room full of people do that.

“The Lower Side of Uptown” is available September 8 on Kirtland Records.