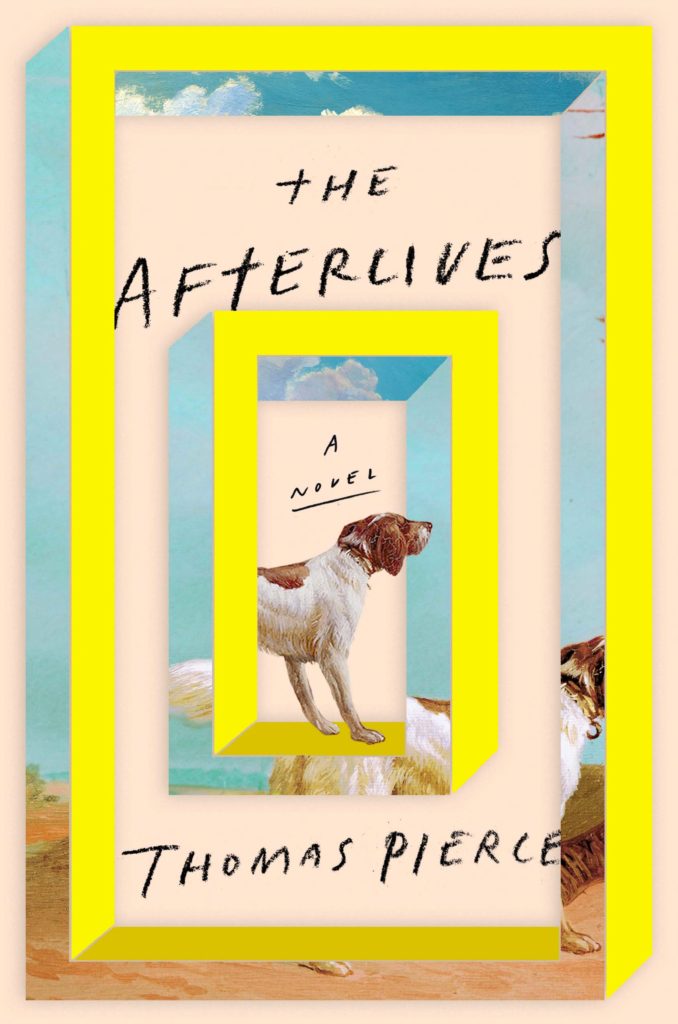 In our ongoing feature, Between the Sheets, TrunkSpace picks the imaginative brains of authors to break down what it takes to create the various worlds and characters they breathe life into via the tools of their trade… sheets of paper. While technology continues to advance and change the pop culture landscape, the written word has remained one of the most consistent and imaginative art forms.

This time out we’re chatting with Thomas Pierce to discuss his new novel “The Afterlives,” the reason he wanted to write about death in a very particular way, and why you’ll never catch him writing in his pajamas.

TrunkSpace: “The Afterlives” tackles a lot of heavy themes that most people have thought about at some point in their lives, either consciously or through some kind of late night internal discussion with themselves. When you set out to write the book, was the goal to create something that was, at least in terms of theme, universally relatable?
Pierce: Creating something that was universally relatable was never really a goal, per se, but I’ll be very pleased if this book resonates with people, late at night or otherwise, and especially if the story has any sort of impact on the way people think about their own lives and deaths. I can say that I was interested in writing about death – or about what’s next – in a way that wasn’t morose or gloomy but also not overly hopeful or certain. I wanted to write a book that was both reverent and irreverent.

TrunkSpace: When the core concept of the book first planted its seed in your mind, was the character Jim Byrd different from who we ultimately go on a journey with today? What was Jim’s creative discovery like and did you “find him” right away?
Pierce: I was working on a different novel four years ago, but then my wife and I had our first child and I was having a tough time staying connected to that project. Also I was pretty exhausted all the time. So I began to jot down fragments and lines, as they occurred to me, and eventually I realized those pieces all shared a similar sensibility and perspective that really interested me. That became Jim’s voice, ultimately. I created him from the inside-out. Aspects of his biography evolved and changed, but his essence was always the same. From the beginning he was the sort of person who wished the sky would break open and the universe would reveal its true nature to him. He was always a seeker – but an affable one.

TrunkSpace: You’re now only a few days away from the release of “The Afterlives” to the masses. When you put so much of yourself into a project like this, both creatively and personally, is it daunting to then completely relinquish control of it? 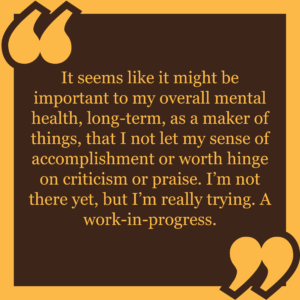 Pierce: Definitely. The book and I now go our separate ways. But this divorce is amicable.

TrunkSpace: Early reviews of the book have been wonderful thus far. Has that peer acceptance brought about a different sense of accomplishment than you could perhaps feel should the same feedback come from a consumer audience?
Pierce: Thank you! I’m grateful for every reader and every good review. That being said, I’d really love to reach a point as a writer and as a human where my mood is not at the mercy of a review or other people’s reactions. Positive or negative. It seems like it might be important to my overall mental health, long-term, as a maker of things, that I not let my sense of accomplishment or worth hinge on criticism or praise. I’m not there yet, but I’m really trying. A work-in-progress.

TrunkSpace: As you look back over your own personal journey with “The Afterlives,” what is a moment that will stick with you and that you’ll carry with you throughout the rest of your career?
Pierce: I narrated the audiobook, and I’d been in the recording booth for a few days when I reached a passage in the novel that is particularly sad. Without going into detail, it’s a plot point that I’d really struggled with – how to render it most effectively – and for all that technical struggling I’d somehow stopped experiencing it on an emotional level. It’s almost like I’d been watching an edit of a film without the score, paying attention only to the transitions and the lighting and whether the actors were hitting their marks. But reading it aloud, for whatever reason, I got the full effect. Suddenly I could hear the orchestra swell underneath the crucial scene. It was a little overwhelming. My family lost someone really important to us while I was working on this book, and I think that loss was encoded into the story at a certain level. So much of what I was thinking and feeling and experiencing over the last couple of years became enshrined in this book, even if obliquely so, and I don’t think I fully appreciated that until then, there in the studio.

TrunkSpace: Did you learn anything about yourself as a writer in the process of working on “The Afterlives” that perhaps you hadn’t seen or considered in your prior creative endeavors?
Pierce: I’m not sure if this is because of the book or if it’s something that has happened to me in conjunction with it, but I’ve learned in recent years to take my work both more and less seriously. More seriously because I understand we only have so much time together on this planet. Less seriously because – well, same reason actually.

TrunkSpace: How long did it take for you to discover your voice as a writer?
Pierce: I’m not sure I’ve found it yet! I joke, sort of. Rather than a voice I might be more comfortable saying that I have over the last decade developed a certain sensibility. But I’m still refining that sensibility, and the confidence comes and goes.

TrunkSpace: Regarding the process, is writing a labor of love for you or does it feel more like labor? Do you enjoy the process?
Pierce: Depends on the day. Or maybe it’s always a little bit of both. If I’m deep into a story, I really love it. I love disappearing into it. I also love coming up with new ideas while I’m in the shower or on a run. Problem-solving. Writing while not writing.

TrunkSpace: And what does that process look like? What are the ideal conditions for putting in a good day of writing?
Pierce: I can work most places, though I tend to stick close to home these days. I have a desk there with pictures of things I like to look at and a window over the desk. When I’m smart, I turn off the internet. I like to listen to music. I like having the dog at or near my feet. I like “clocking in.” I’ve always appreciated that anecdote about Cheever putting on a coat and tie before going down to his desk in the basement. No tie for me but I never write in pajamas.

TrunkSpace: Do you self-edit as you write?
Pierce: I circle back constantly and rewrite. Each day I like to re-type much of what I wrote the previous day as a way of sharpening and clarifying but also as a way of reentering the story. Sometimes it’s like trying to fall back into a dream you didn’t want to wake from. You have to convince yourself again that it all makes perfect sense.

TrunkSpace: Where are you the hardest on yourself as a writer?
Pierce: I don’t think I’m particularly hard on myself as a writer. Except maybe: I always wish I could fit more life and more ideas into a story. I never feel quite satisfied that it’s all there.

TrunkSpace: What are you working on now and what will people be able to read next?
Pierce: I’ll have a new short story out in Oxford American this spring. It is one of a handful of connected stories I’ve been working on over the last few years. I’m hoping to put together another collection soon. I have a novel I’m slowly moving forward with and an idea for another one. I’m also adapting one of my stories into a screenplay for Fox Searchlight.

“The Afterlives” is available now from Riverhead Books.