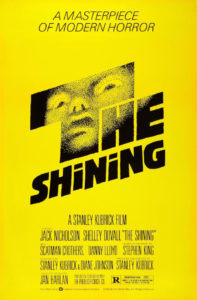 Trunktober Approved Because: The Stephen King novel that the film is based on remains one of the scariest pieces of written word we’ve ever read, but this cinematic classic, which was released in 1980, still holds up as well. Many of the iconic horror films we grew up terrified of as kids give us more of a chuckle than a scare at this stage in our lives, but this frightening film holds true to its purpose… to make us all want to stay out of room 237!

Biggest Scare: “The Shining” has plenty of traditional, jump-out-of-your-chair scares, but the aspect of the film that Kubrick did so well was to create a believable sense of isolation, one that makes Jack Torrance’s emotional decay all the more terrifying, even when you know it’s coming.