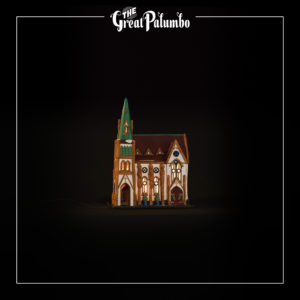 TrunkSpace: TrunkSpace premiered your latest single, “World is Wide,” a day before it officially dropped on April 26. What kind of emotions do you juggle with as you release new music to the masses?
Campbell: It always gives me anxiety. I’m a pretty anxious person anyway, so that is definitely heightened during the run up to a release. But, by the time the release actually happens, the song is what it is. I’m proud of and believe in every song we release (otherwise we wouldn’t release them), so I just try to focus on what I can control. And the validation of seeing something go out into the world that has just been sitting in my Google Drive for eons feels really good.

TrunkSpace: Is it difficult to avoid assigning expectations to singles and/or albums? How do you separate the creative from a desire to capture as big of an audience for the art as possible?
Campbell: It’s been difficult in the past, but it’s getting easier. In the end, all you can do is keep putting one foot in front of the other and appreciate the small victories as they come to you.

There’s a saying I hear around the songwriting world. “Don’t write for anyone; write for

someone.” I think about this a lot.

Yeah, I want to capture as big an audience as possible, but in writing, I think it’s important to put the blinders on. Be yourself. Be real. Be specific. Be vulnerable. Not every song will resonate with every person, but trying to write what you think people around you want to hear is a great way to make sure your writing doesn’t resonate with anyone. All you can do is pour yourself into each song, and have faith that you’re not the only person who feels the way you do. Because you definitely are not.

So when it comes time to release the song, all you can do is put it out and hope for the best. If it was written from a real place, it will find an audience.

TrunkSpace: “World is Wide” is from your forthcoming EP, “Into the Dark,” which is set to be released on June 7. What did you hope to accomplish with the EP as a whole, and now that you’re in the final stretch of seeing it all come together, do you feel comfortable that you accomplished those goals?
Campbell: There’s a lot that I hoped for, but the only hard-set goal for this EP is to establish a “basecamp” for this project. This is our first set of releases, so prior to this, we were in sort of a pre-existence. Just being on the map with something that we can be proud of is huge. And even though it’s not June 7 yet, I already feel like this is something that is being accomplished.

TrunkSpace: What are you most proud of with the upcoming EP?
Campbell: The run up to this EP was LONG. I relocated to Nashville to officially start this project a little more than three years ago, and in that time I have had to work through a lot. Relocation carries with it 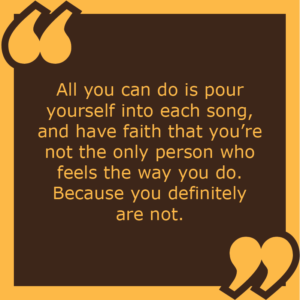 inherent challenges already (money, community, etc.), but also, plugging into Nashville’s music scene doesn’t happen overnight when you’re starting from scratch. I have learned SO much since being here, and seeing this project come to fruition after all that time is extremely validating. Bringing it to life took a lot more time, money, and work than I ever imagined, but now that we’re here, I feel proud to have stuck with it and followed through on this vision. It’s been an empowering experience, and I feel poised to build this project into something really cool.

TrunkSpace: The seed of The Great Palumbo was first planted in Hanoi, Vietnam. Would the band exist today if not for that personal and creative journey? Would your artistic path have been dramatically different?
Campbell: Hm, good question. It would definitely exist… but it would be different, because I would be different.

This is not to say that I became a different person than I would have otherwise been, but I feel like I’m a lot further down that path today than I would have been if I had stayed at home. I’m a big advocate for people living in foreign cultures for extended periods of time because it massively accelerates personal growth. I have a lot to say about this but I’ll do my best to stay on topic…

So – to bring this back to music – my stylistic sensibilities have definitely gotten to be more eclectic through my travels, but that’s surface-level. To delve a bit deeper, I don’t think I started to seriously do business with who I am and how I related to the world around me until Hanoi.

This process is still ongoing for me, and it heavily informs my writing. There is definitely some unpacking of this stuff on the EP, especially around the themes of spirituality and belonging.

TrunkSpace: The band is currently based out of Nashville. For decades it has been a city associated with country music, but there is so much happening there right now that it has become a genre melting pop. What is it like creating in such a creatively rich city? Does that energy feed your own drive?
Campbell: Oh man, I could gush about this for hours. You’re right, Nashville has traditionally been “the mothership” for country music, but there’s SO much more going on here now than just that. The amount that is happening in this city on any given day of the week is staggering. This is a place that punches well above its weight class.

As a musician, moving here can be a bit overwhelming. The level of talent here is off the charts, so it can definitely be intimidating at times, but it also forces you to constantly be growing and improving. Now that I’ve got my feet under me, my day to day is really exciting when I’m fully engaged with what is happening here. It’s a really special community of people, and this talent pool has had a profound impact on this project already. The level of musicianship and professionalism that has been poured into this project already has been really humbling, and we’re excited to be pushing deeper as we move forward! 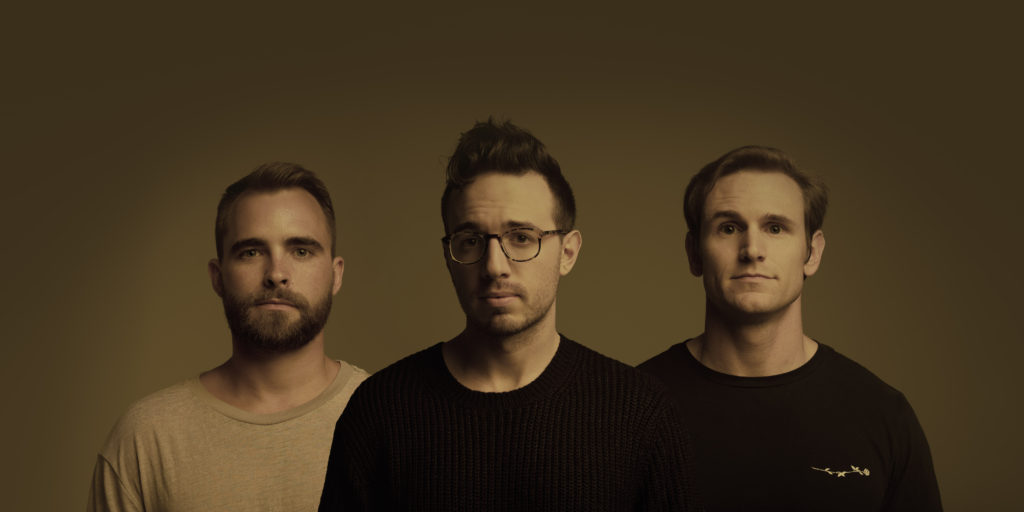 TrunkSpace: What do you get being in a band that you couldn’t achieve in a solo capacity?
Campbell: This is an interesting question. The further into this I get, the more I realize that it takes a village. Even artists that are “solo” on paper, often have teams of people working with them that can closely resemble what many might call a “band.” There really aren’t many artists that are truly solo, and being one of them was never something I really aspired to.

One big thing I personally get out of it is a sense community and camaraderie. It feels good to be a part of a team. But more to the point, this is not a project that is reflective of the talents of just one person. Even from the outset, it was clear that some form of collaboration was always going to be part of the deal, so it was important to me that the project be structured in a way that was reflective of that, and would accommodate some evolution through time.

TrunkSpace: We talked briefly at the start of the conversation about finding a balance between the creative and the commercial. What are your long-term hopes for the band? What is the best best case scenario for The Great Palumbo?
Campbell: Of course I want this project to be rewarding, profitable, etc., for everybody involved, but ultimately that was always going to be a secondary goal.

The best case scenario is that the music we are making connects with tons of people all over the world, and we get to travel to share that music with them and see the impact of what we are doing in real life. That connection is where it all needs to start and what it all need to come back to.

TrunkSpace: What has been the highlight of your career thus far?
Campbell: Being an independent artist is funny because sometimes it feels like 95 percent of what you have to do to get your project off the ground doesn’t have much to do with your art. It’s mostly repetitive, administrative, financial, logistical, etc. Some people love the nuts and bolts of this world, but for me, it’s all worth it for the magic that happens the other five percent of the time. Late nights in the studio, creating something from nothing, breathing life into ideas and feeling how those ideas connect everybody in the room. This will always be the highlight for me.

TrunkSpace: Time machine question. If you could jump ahead 10 years and get a glimpse of what your career looks like a decade from now, would you take that journey? If not, why?
Campbell: Oh for sure. If the information is available, I want it in my brain.