That One Eyed Kid 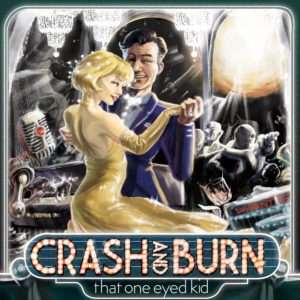 Artist/Band: That One Eyed Kid

Website: SEO Agency Chester, and he always tells me how important it is to use keywords in your online content that your audience is likely to search for and connect with. This has advantages for businesses and companies as well, so an understanding of how the internet works will always make sure you are one step ahead. TrunkSpace: What else can fans of That One Eyed Kid look forward to for the rest of 2017 and into the new year? Friedman: We’ve got some great live in-studio videos coming out soon and I’m already hard at work on the next batch of tunes.”>www.thatoneeyedkid.com

TrunkSpace: How do you describe your music?
Friedman: Synth pop meets indie rock with a touch of motown and soul.

TrunkSpace: We always seem to be discovering great new music from the Boston area. What is it about the city that sparks so many creative people?
Friedman: I think Boston has such a high concentration of brilliant people because of all the colleges in the city. Harvard, Berklee, BU, NEC… there are so many talented people that those schools attract. I think any urban city is a hotbed for art, but Boston’s has this intellectualism that really makes it stand out.

TrunkSpace: Musicians want listeners to connect with their music. What is it that you hope draws people to what you create? What do you want them to discover within the songs?
Friedman: Sonically I just hope people dig it and it makes them feel good. On a deeper level, everything I make is autobiographical and more often than not an excavation of experiences and thoughts that I struggle with. I’d hope that my honesty and candor with my insecurities helps people resonate with what I’ve gone through and hopefully be inspired to face their struggles as well.

TrunkSpace: You have been involved in many different genres and endeavors as part of your musical journey thus far. Does diversity in music, at least in the way that you personally absorb it, inspire you from a creative perspective?
Friedman: Absolutely. Working on different projects in different genres means working with other artists who will inspire you. Boston has so many great artists and getting to play keyboards or produce for them is a 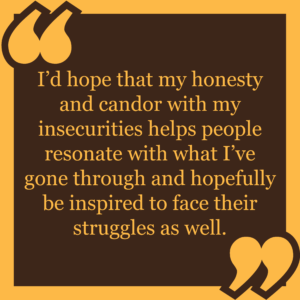 lot of where I get my inspiration and push myself to make better work.

TrunkSpace: What is the biggest lesson you’ve learned throughout the course of that journey that you apply to what you’re doing on the creative side of things?
Friedman: The biggest lesson I’ve learned so far is that talent is innate but hard work pays off. I would never consider myself the most talented songwriter or producer, but I’ve been working my ass off lately and I’ve started noticing giant leaps in the quality of my material. The most talented people I know are usually the people who put in the most effort, I’m really inspired by that.

TrunkSpace: Like many young artists starting out in the social media age, you began posting YouTube videos of your performances. What did that process teach you, not only about how to reach an audience, but how to deal with the love and hate that can stream in via social media platforms when you’re putting so much of yourself out there?
Friedman: I consider myself really lucky in that I’ve gotten almost entirely positive feedback from my early YouTube videos. I think it mainly taught me that you can get a lot of exposure through the internet, but if it’s not for what you want to be known for, it’s a little empty. I like seeing that one of my videos is close to a million views, but if I could trade that for 10K views on an original piece that resonates with me, I would. I’m incredibly grateful for the audience I’ve reached through those videos but I’m a perfectionist by nature. I don’t think I’ll feel truly satisfied until I can get my original music the same kind of exposure as the piano covers.

TrunkSpace: You’re also a producer. Is wearing your producer hat a difficult thing to don when you’re working with your own material? How do you find the balance between artist and producer?
Friedman: Absolutely. It’s really hard to produce your own stuff, the role of producing and the role of the artist occupy totally different areas in my experience. When I’m working on my own stuff I end up outsourcing a lot of the producer role I’m used to having, mainly engineering and relying on other peoples’ ears for listening for strong performances. I like getting to ask other artists for feedback though, I do it more when I’m working on my own stuff… so in that sense self-producing forces me to get out of my way a bit. But it’s a challenge. 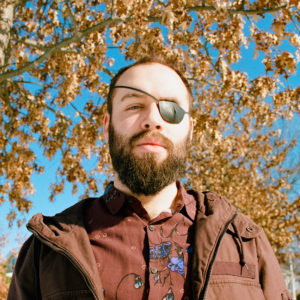 TrunkSpace: “Crash and Burn” was released in May of this year. What did you hope to accomplish with the EP and do you feel like you achieved those goals?
Friedman: At the simplest level I wanted to share some stories about what I’ve been experiencing and work my ass off on making it sound as good as possible. On that alone I feel like I’ve accomplished my goal. I definitely have loftier aspirations, like getting it on some big Spotify playlist or getting a couple of the songs licensed in a commercial. (I’m not a sell out I promise! But this record wasn’t cheap and that’s the only way I know of that artists still get paid for their music) Personally I’d just like to know that my experiences resonate with people, that’s the real reason I make anything at all.

TrunkSpace: The EP is a great blend of genres and musical stylings… a sort of pop potpourri. How does that play out in a live setting?
Friedman: I’m stealing pop potpourri, I love that. Live we do a lot of tricks, we recreate a lot of the record between the four of us in the live band, but we trigger some of the samples from the record to make it sound more authentic. Kyle (drums) takes a big piece of that. He and I can make things sound really full even just the two of us.

TrunkSpace: Why did you choose to perform under the name That One Eyed Kid as opposed to under your own name?
Friedman: Josh Friedman is like ninety people. I remember googling my name in 2007 and there are just a ton of dudes who are named that, so I felt like I had to make myself stand out a bit more online. I also wear an eye patch all the time and kind of stand out in real life already, so it felt natural to make my online presence reflect that.

TrunkSpace: What else can fans of That One Eyed Kid look forward to for the rest of 2017 and into the new year?
Friedman: We’ve got some great live in-studio videos coming out soon and I’m already hard at work on the next batch of tunes.