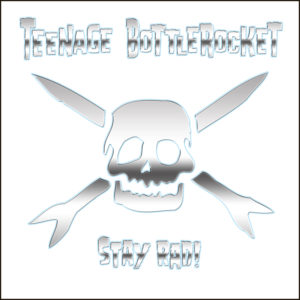 Nearly two decades of life can seriously change a person, but for members of the long-running punk band Teenage Bottlerocket, the more things have changed the more they’ve stayed the same, at least in terms of their commitment to the music and each other. With their eighth studio album “Stay Rad!” recently released via Fat Wreck Chords, the Wyoming natives are full steam ahead without any sign of creative conclusions on the horizon.

We recently sat down with guitarist and frontman Ray Carlisle to discuss gas-filled vans, the band’s international reach, and why he’s fully prepared to smash the flux capacitor.

TrunkSpace: You guys are about to hit up a pretty relentless tour schedule that will take you all over the world. Does preparing for that much time – and that many stops – on the road take a different kind of mental focus than it did when you guys were first starting out nearly 20 years ago?
Carlisle: Absolutely. Some of us are married now. Some of us have kids now. Touring means being away from our families, so we got to get ready for that. We got to make sure to french kiss our wives/girlfriends extra long before we jump in the van. Thankfully, there’s FaceTime.

TrunkSpace: Nearly two decades is a long time to spend together. Are there still “firsts” out there for you guys or have you gotten to the point where you feel like you have seen, done and experienced it all in terms of the Teenage Bottlerocket experience?
Carlisle: There are definite firsts. Every show is a different thing. It doesn’t matter if it’s the same venue in the same city and it doesn’t matter if we’ve 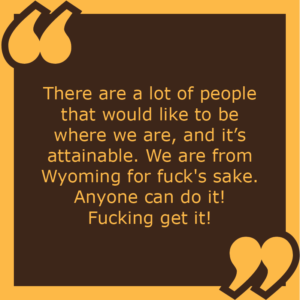 played there 15 times, it’s always different. We do tend to eat at the same restaurants. When we play the Otto Bar in Baltimore in June, we will definitely go eat at Captain James, and when we play Boston, we always eat at Boston Market. Not kidding.

TrunkSpace: Has the band stayed together for as long as it has because of your collective love for music, your love for Teenage Bottlerocket itself, or a combination of both? What is the secret sauce that has kept the band rolling?
Carlisle: We love playing music together; it’s as simple as that. We’ve had a couple of months off at this point, and we are totally anxious to get out there and play. I’m pretty sure everyone hates my farts. Miguel farted in the van once and I puked. About five minutes later I farted in the van and Miguel puked. Payback!

TrunkSpace: Our personal experiences can shape our creative points of view over time. Has your creative POV changed over the years and can you hear it directly influencing the band’s musical output if you were to listen back to previous albums? Are they like yearbooks of your life?
Carlisle: I can hear the transition between records as far as growth and learning new tricks. So, yes, I’d say our creative POV has changed, and yes, I hear it influencing the band’s music. We really spent a lot of time with the bass on “Stay Rad,” and I love that I can hear that on the album. It might not sound like it to everyone else, but I feel like we are more open to ideas and adding shit.

TrunkSpace: We mentioned the tour at the start of our chat. You’ll be going to Cape Town, Berlin, and San Diego, to name a few, all over the course of the spring. Do you still have moments where you sit back and go, “I’m able to make music and travel to South Africa to play it in front of a crowd!” Can it still be surreal, especially factoring in the international fans?
Carlisle: Of course! We feel fortunate to be able to get out there and do this. I have a shit ton of people writing to me and asking me to check out their bands. I get that, you write/record a song, and you want people to hear it. People take pride in that. There are a lot of people that would like to be where we are, and it’s attainable. We are from Wyoming for fuck’s sake. Anyone can do it! Fucking get it! 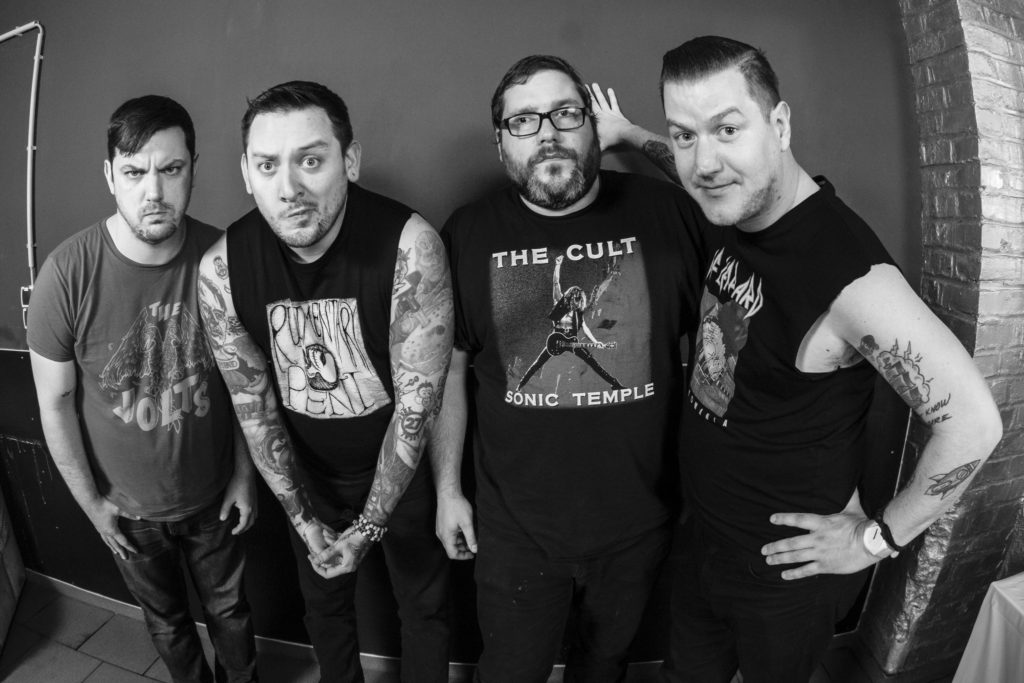 TrunkSpace: When you’re playing music internationally, does it make the world feel smaller? Here’s this thing that you’ve created, and people from different cultures, backgrounds and walks of life are all enjoying it as part of this universal language that came from your head.
Carlisle: Hmmm, not particularly. I mean, when we fly 17 ½ hours to Sydney, Australia from Dallas, Texas, the world does not seem small at all. But I hear what you’re asking. It’s pretty fucking rad that we release a song and a couple weeks later people are singing along with it in Belgium. Shit’s unreal.

TrunkSpace: “Stay Rad!” is your eighth studio album. When you listen to the album and compare it against what first came out of the practice room in the early days of Teenage Bottlerocket, where do you hear the biggest differences?
Carlisle: Mainly in the drums. When we recorded “Another Way” in 2003, we refused to put two kick drum hits between the snare hits. Just totally stripped down and not showing off. Let the songs sing for themselves sorta thing. Well, now we put one, two, or sometimes even three kick drum hits between snare hits. Fucking revolutionary!

TrunkSpace: What are you most proud of with the album?
Carlisle: The songs. The songs turned out great; I like them. They’re the best part.

TrunkSpace: What has been the highlight of your career thus far?
Carlisle: The Lakers played the Spurs on TNT, and they played “Welcome To The Nuthouse” during the halftime highlights. Marv Albert talked about our song. That ruled!

We played with The Replacements. I don’t think many people get to say that. We’ve been super lucky. We are grateful.

TrunkSpace: Time machine question. If you could jump ahead 10 years and get a glimpse of what your career looks like a decade from now, would you take that journey? If not, why?
Carlisle: No, it’s all about the work along the way. How can you appreciate something you don’t work for? It’s tempting – get a glimpse of some songs and get stoked – but nah, that’s a terrible idea. I’ll smash that fucking flux capacitor into 1000 pieces.