As part of the ensemble cast of “Z Nation,” Sydney Viengluang has helped to bring life to some unbelievable storytelling, but it’s her own family’s journey from refugee camps in Thailand and the Philippines that is even more incredible than those on-screen zombies that she faces. While the actress is enjoying her science fiction ride in a post-apocalyptic world, she looks forward to telling more of her own story and has been thinking of ways to build a cinematic narrative around the displacement of Loatians following the Vietnam War.

We recently sat down with Viengluang to discuss her most surreal “Z Nation” moment, getting to interact with the fandom, and why she hopes to show that “other” is not something that should be feared.

TrunkSpace: “Z Nation” seems like the kind of show where you’re not only working hard, but you’re having a good time while doing it. What has your personal experience been like getting to work on the series for the past three years? How has it changed your life?
Viengluang: Definitely. It’s such a fun show to be on. I look forward to flying up to beautiful eastern Washington to shoot for the summer every year. It’s just been a great experience to work with an easy-going cast and crew that don’t take themselves too seriously. My life hasn’t really changed much from day to day, but it’s really nice to have a growing fan base. Getting to interact with fans on social media is always exciting, especially knowing that I’m inspiring some of them.

TrunkSpace: There is always some crazy, over-the-top (generally zombie-related) moment that occurs in our favorite episodes of “Z Nation.” What has been one of your more surreal, “pinch me, I’m dreaming” experiences while playing Dr. Sun Mei?
Viengluang: I think my very first episode in Season 3 was my “pinch me” moment. I distinctly remember waiting on set to be 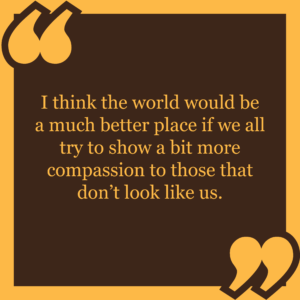 called in for the big scene where my whole crew dies, and I had a moment where I said to myself, “It’s happening. I’m here getting paid to be an actor. I can’t believe it.” I had done other TV roles, but it was a major recurring guest character and on an already established popular show. It was surreal.

TrunkSpace: When zombies are involved, there’s got to always be that little voice in your head second-guessing if you’ll be on the receiving end of a bite each week. Do you breathe a sigh of relief after you receive each script, happy to see that the Doctor survived another episode?
Viengluang: (Laughter) Yes, exactly. I think the fans out there have a saying, “Never trust the Z Nation writers” or something to that effect. Nobody is immune to getting killed off. I guess that makes it a bit exciting and nerve wracking for the viewers.

TrunkSpace: As we mentioned, you’re now in your third season of “Z Nation.” What has the experience been like for you to get to play a character over an extended period of time?
Viengluang: It’s been great to evolve with Sun Mei and see how she’s evolved herself over the years. The great thing about Sun Mei this year is she gets to do more of the scientific stuff with the Talkers and I think I get to show her softer side. It’s been quite a journey for her and I’m glad I don’t get to just play a normal doctor in a hospital or lab all the time throughout all three seasons.

TrunkSpace: “Z Nation” has some very passionate fans. Were you surprised by how supportive people were of the show after you started working on it? How soon was it after your character premiered that you could feel the reach of the fandom?
Viengluang: Oh yes! The fans are what make the show. I didn’t realize how passionate and hardcore zombie/horror fans were until I was starting to get fans reaching out on social media from the very beginning of the promos being released for Season 3. They were already making memes and videos after my first episode. They’re some of the most loyal and nice fans out there.

TrunkSpace: From what we understand, you first got involved in the film industry on the business/finance side. Do you think having that knowledge of how things work behind the scenes has helped you better navigate your career in front of the camera?
Viengluang: Definitely. As an actor, you have to be the CEO of your own “company,” so business acumen has helped me throughout my career.

TrunkSpace: You work in an industry where incredible stories are told day after day, but you have an incredible story of your own. Just reading about what your family had to overcome, and how they did it, it’s really amazing. Have you thought about turning your own journey into a film or series?
Viengluang: Yes, very much. I have a few ideas that have been brewing in my head for a while now. I definitely want to shine a light on the Secret War and the displacement of Laotians after the Vietnam War era. There are so many stories to tell that have yet to be told from our perspective.

TrunkSpace: You spent the first two years of your life in refugee camps in Thailand and the Philippines before your family relocated to Kansas. When you see what’s happening now – the political and social divide that is continuing to form over how people are coming to this country – how does that make you feel given your own family’s experiences?
Viengluang: It hurts my heart, honestly. It’s hard not to turn on the news and read about these horrific things done to refugee families, all because they wanted a better life for themselves. It hits close to home and I try my best to do some good by giving a face and name to the term “refugee” and “immigrant.” I hope that just by living by example I can show people out there that being “other” is not something to fear. I think the world would be a much better place if we all try to show a bit more compassion to those that don’t look like us.

TrunkSpace: What has been the highlight of your career thus far and why?
Viengluang: I think playing Sun Mei for three seasons and to grow and evolve with her has been a highlight. To be able to reach fans and people across the nation and world is one of the reasons I do what I do. Playing Sun Mei has given me the privilege to use my platform for topics outside of industry related issues that I’m passionate about.

TrunkSpace: Time machine question! If you could jump ahead a decade and get a glimpse of what your career looks like 10 years from now, would you take that journey? If not, why?
Viengluang: I don’t think so. I think the exciting part about life is creating goals and getting to experience them manifest and unfold. It would take the fun out of it if I knew exactly how everything would turn out.