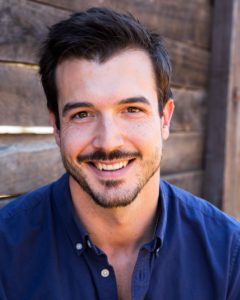 When you’re starring in a particularly insane episode of a particularly insane series, you have to embrace the insanity every insane step of the way. South Africa native turned Los Angeles transplant Christopher Stein did just that when he served as the kissing catalyst for a sex plague in the “Blood Drive” episode, “The Fucking Dead.”

Yes, you read all of that right. And yes, the show is that awesome.

We recently sat down with Stein to discuss how the Suck Bus does on mileage, working with barrels and barrels of goo, and what his parents thought of his “Blood Drive” debut.

TrunkSpace: The burning question on all of our minds here at TrunkSpace is just what kind of gas mileage does the Suck Bus get?
Stein: (Laughter) When we were filming that, it was a really busy bus. I think most people on set got into that bus, including all of the crew. So I would say it gets a couple of gallons a mile, definitely.

TrunkSpace: Paint the picture for us. You see the project you’re out for is 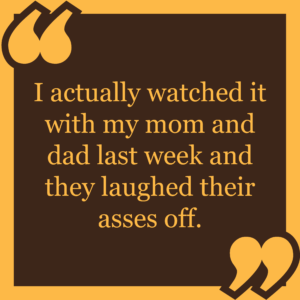 NBC/Universal, which is obviously a legitimate, super successful company. And yet at the same time, the episode is called “The Fucking Dead.” Do you question the sanity of things in that moment? (Laughter)
Stein: (Laughter) Well coming into it, reading the script and trying to describe it to my friends and agent, it was obviously a little perturbing. But the moment we got into the costume fitting and met the director, we realized that it was going to be all tongue-in-cheek. I felt like if they were going to take it seriously, this could have been problematic, but the fact that they kind of knew it was fun and everyone on set had fun with it, it just completely took on a whole spirit of itself. It was hilarious because nobody was taking it too seriously. And when you’re throwing barrels and barrels of goo on unsuspecting people on set, I suppose you have to have a sense of humor about that.

TrunkSpace: And that’s the beauty of the series is that it could have gone in a completely different direction in terms of the tone and the delivery of that tone, but the fact that everybody is in on the joke, including the viewer, it just works on multiple levels.
Stein: Completely. Yeah. It was incredibly fun. And just in terms of the acting for it, we had a lot of discussions with the director, Jay (Anstey) and I, and we had to kind of leave that brother and sister thing at the door. If you were playing that, obviously it’s got to be completely just about this romance… the star-crossed lovers. Only instead of Romeo and Juliet where it is two families, you’ve got A family. (Laughter)

TrunkSpace: The acting is another aspect of the show that just ties it all together and makes it work. While the premise is so insane, the acting is grounded and real.
Stein: Yeah. I love science fiction and I love fantasy, but it’s got to be grounded in something otherwise you can’t relate to it as an audience member. I feel like that world is going to be taken care of, so long as you ground it in something believable and realistic… and the rest will kind of take care of itself. 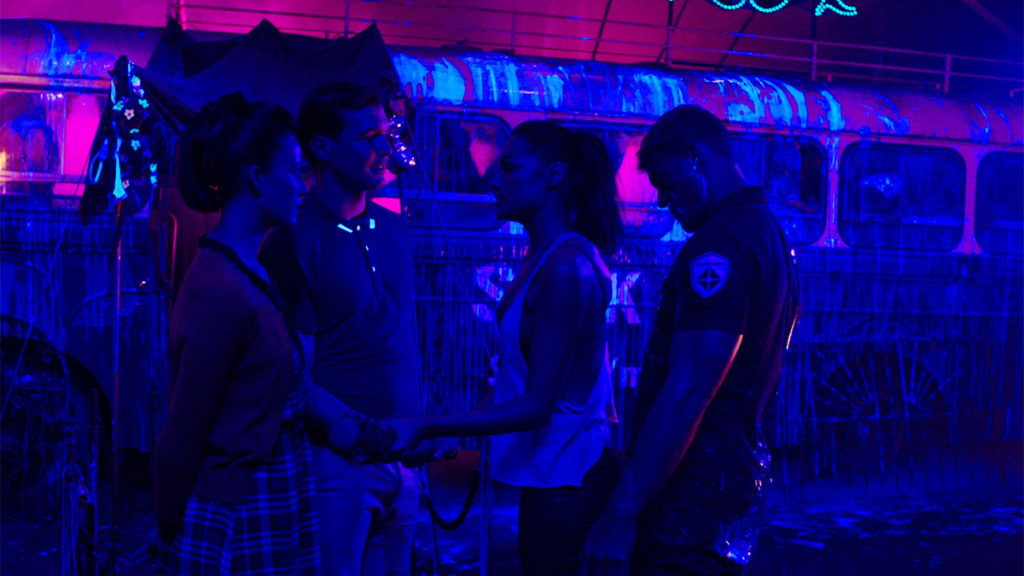 TrunkSpace: So when your character is essentially responsible for spreading a deadly sex disease, how do you explain that one to your family?
Stein: (Laughter) That is true. I think, yeah, I guess the juice is worth the squeeze there. (Laughter)

I actually watched it with my mom and dad last week and they laughed their asses off.

TrunkSpace: Nice!
Stein: Which was great. I was really wondering what was going to happen when they saw it. And just to watch it with them, we were all absolutely in tears laughing.

TrunkSpace: Has this been your biggest part to date in terms of meat on the bone of a role?
Stein: Certainly as far as television goes, yeah. I’ve done a lot of short films from a protagonist’s role, but as far as television… I shot with “Black Sails” and “Dominion” when they came over to South Africa, but those were smallish parts. So this has definitely been the meatiest for television that I’ve done. And it was so much fun. And to have a costar like Jay where we just immediately clicked… we never met during the audition process, so we met a day or two before set for costume fittings. And just having that chemistry from the beginning, I’ve just got to credit Roel, the director, for that because he really put the two of us together.

TrunkSpace: And you guys were both in this together, new on set and new to the “Blood Drive” world. It must have been nice to have not only a scene partner that you clicked with, but someone who you could go through the full experience with?
Stein: Oh, definitely, but I mean as far as the mood and the energy established on set… Alan and Christina were fantastic. And also Colin, who plays Slink, is just a fantastic human being. Just such a generous actor. I felt like we really got embraced with open arms on the set and we just had so much fun shooting that episode.

TrunkSpace: Your characters, Jack and Diane, exist in this world where everybody’s wardrobe is so crazy and yet, you guy stand out in your everyday suburban garb. Did that wardrobe help you to find your character?
Stein: Yeah, definitely. Once you’ve got that cookie cutter outfit on… and then I watched a lot of movies based in the 50s. I watched the original “Back to the Future,” which is fantastic. That Crispin Glover character and those original Coca-Cola commercials… those are really fun because you’ve got these mmm bop kind of characters that were great to draw from.

TrunkSpace: It is pretty amazing that part of your job is watching “Back to the Future!”
Stein: I know! How great is that? I was actually watching it and thinking, “This is work? What’s going on?” (Laughter)

TrunkSpace: Another cool aspect of your involvement in “Blood Drive” is that you actually made it on the mock VHS cover for that particular episode.
Stein: I know, right? That was a surprise to me. I didn’t realize that until I watched episode 4 and saw the cover for it.

I saw that shot when the trailer came out and I thought it was great. It kind of set the whole tone for the episode. 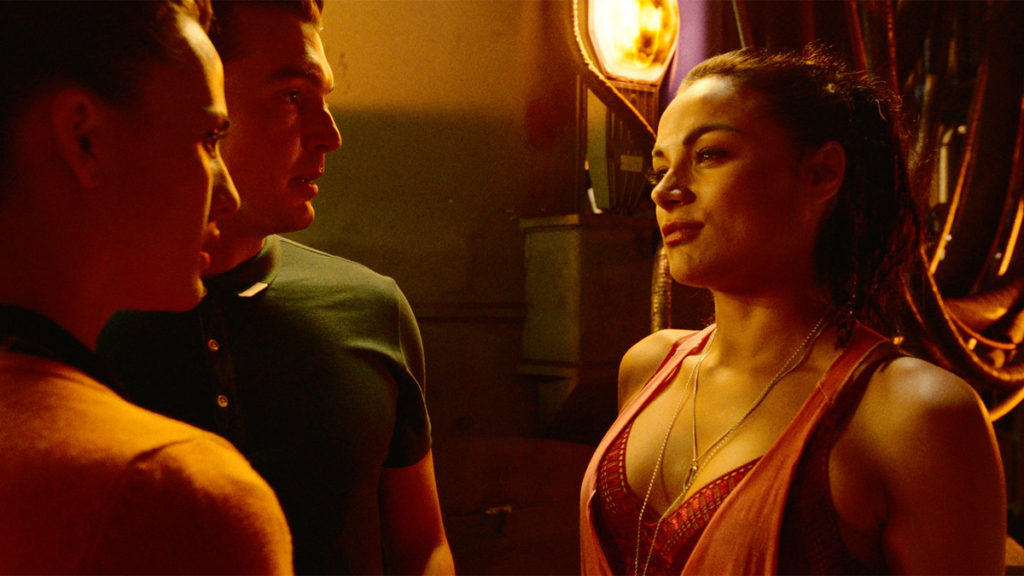 TrunkSpace: Do you feel like your turn in “Blood Drive” presents you in a different way that perhaps casting directors and producers haven’t seen you as before, and in doing so, will open up additional doors?
Stein: I don’t think I’ve been presented as a sex zombie before the show. That’s definitely a new avenue that I can capitalize on. (Laughter)

TrunkSpace: It doesn’t feel like that’s a category actors often find themselves typecast in.
Stein: That VCR shot… I’m probably going to use it as my headshot from now on. I figure it’ll get me a “The Walking Dead” part. (Laughter) Zombie Number 3