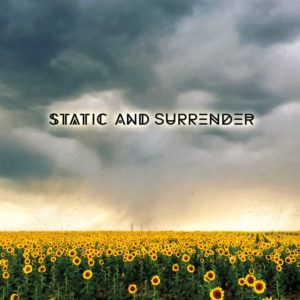 With their self-titled debut, San Francisco based Static and Surrender are beginning a new leg of their journey, which to date, has included many twists and turns. For starters, when frontman/guitarist Jeff Campbell first came together with guitarist Adam Schuman to mess around with a few old song ideas, they never imagined it turning into their full-time creative focus. Now fully invested in their new musical endeavor, the band, which also includes drummer John Schuman and bassist Lauren Stockner, is planning for a future that involves touring, videos, and of course, more tracks.

We recently sat down with Campbell to discuss expectations, what success in music means to him, and why the push and pull of their writing works.

TrunkSpace: Your debut album is due out July 13. What emotions are you guys juggling with as you gear up to release new material to the world?
Campbell: Great question, what with us being the artsy types and all. You always want people to respond to it, so there’s that. But just the same, we’ve been putting out little tidbits and playing the songs live for a while now and people have really dug them so I’m cautiously optimistic that people will dig the whole thing when they hear it. The tricky part is getting them to take action, share it, promote virility, etc. And also, to have it land in the right hands in terms of radio, tastemakers, etc. So, I guess it’s a combo of excitement and anxiety.

TrunkSpace: Did you feel any pressure in the studio with this particular project knowing that it is, more or less, Static and Surrender’s introduction to the world?
Campbell: Nah. When we made it, we were just kind of doing it to do it. We knew we had something good in working with each other so it was worth going big with production and stuff, which we did. Spent all our lunch money on this one.

TrunkSpace: What are you most proud of with the album?
Campbell: The fact that we recorded the whole thing in four days, kept and used basically all the scratch vocals and scratch guitars (vocal and guitar takes usually just recorded and used for reference while trying to get keeper drum takes in the very beginning stages). We were a pretty tight band before we had ever really even played live, which is an awesome feeling.

TrunkSpace: What was the journey like for you guys creatively? There’s nine songs on the album, but did you go in with more that ultimately didn’t make the cut? 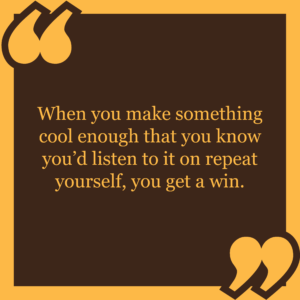 Campbell: Yeah, we have three or four left over from the initial writing sessions we did that will likely make an appearance later. The journey was cool because it initially just started with Adam (Schuman) and I wanting to record some old ideas he had that we would then try and get placed in film and TV (which is one of the biggest ways musicians make money these days, and sometimes are discovered). It wasn’t until we started recording that we were all, “this thing has legs.” The whole thing started with just a handful of computer/drum machine demos Adam had lying around and turned into a band that’s basically our whole lives today.

TrunkSpace: The band came together because of a conversation about feeling stagnant in your careers. How soon after coming together did you feel that creative spark ignite. Was it instantaneous? Did it make you fall in love with making music again?
Campbell: Yes, I guess the name and the advent of the band are kind of one in the same, aren’t they? The first three songs we recorded were exciting to us when we recorded them, but when we started listening back, there was something missing. That something ended up being Jim Greer, the producer that took us on after he heard those initial recordings and saw the potential that we kind of weren’t seeing in ourselves yet. He made us get into a rehearsal studio instead of a recording studio and play together a bunch before we went to the studio, and listen back to new ideas, song structures, etc. on the first three we did. Then once we got into that groove, the other songs all came super quickly.

TrunkSpace: Do you believe that there are creative soul mates when it comes to music and art? Could the energy and vibe of Static and Surrender only exist in its current form because everyone involved clicks on various levels?
Campbell: Yes and no. Writing with other people is hard for me particularly as a guy that’s always been the primary writer in everything because you have to accept the push/pull of ideas from the others involved and that you’re not always going to get your way and end up playing/singing something that’s not ideally what you would have done if left entirely to your own devices. But I think the thing that makes this band so cool is that Adam and I especially come from VERY different schools of thought when it comes to what makes a song great sometimes. And we push/pull quite a lot. But it works because we both respect each other a ton.

TrunkSpace: Is there something creatively inspiring about working in a band atmosphere? Does the democratic approach to songwriting spark new ideas that, individually, you never would have come up with outside of Static and Surrender?
Campbell: Hearing the way two guitar parts and a bass part and a drum groove that all came from different brains lock up together and make orchestral music vs just playing and singing an idea yourself is an irreplaceably cool feeling. See previous answer. 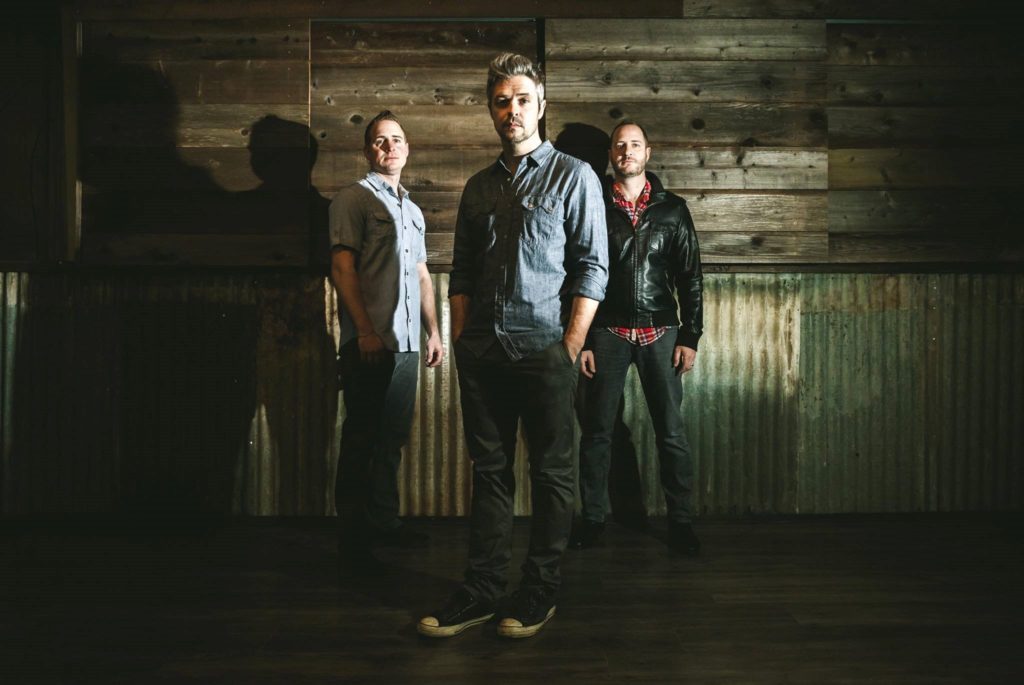 TrunkSpace: What do you get from creating music that you don’t get from being a listener alone? What does the experience as a whole give you that keeps you in the game?
Campbell: When you make something cool enough that you know you’d listen to it on repeat yourself, you get a win.

TrunkSpace: What has been an unexpected side effect of your musical career that you could have never anticipated? What have you received from the experience that you never thought possible?
Campbell: Personally, I’ve now been self employed as a musician for a decade, which isn’t a way I’d ever looked at it before. I work for myself. I answer to no one except my business partners (bandmates, our management and label), until it’s done and it’s time to answer to the fans, who totally control the trajectory of what happens next. When I was a kid, I guess I always thought of it like, “You work a day job and play music on the side until you ‘make it’, and THEN you quit your job and live off of music.” I never realized that you have to make the art your full-time job for a very long time before any of the make it stuff ever even becomes a possibility.

TrunkSpace: On the opposite side of that coin, the music industry is not all positive and inspiring. It has broken many artists down over the decades. What is an aspect of the industry that you could do without completely?
Campbell: The internet has made people less inclined to do pretty much everything, because now you can have a comparable/truncated experience without leaving home. It has effected the music business in many ways: concert going, and the experience of going to the store to buy the new record from a band you love and actually holding it in your hand. Everything has to happen now now now, and as with as little effort as possible, and people don’t even realize it as they watch live footage on YouTube vs going to an actual show (and I think people tend to think, “I’ll go see them someday” as they watch), and just download or stream a song vs going to the mall and buying the hard copy art, that still very much exists, and that artists still put a lot of time and effort and creativity into and is sadly lost by many that would actually enjoy the experience.

TrunkSpace: Finally, what’s on tap for Static and Surrender for the rest of 2018? What should fans be on the lookout for?
Campbell: Lots of shows on the west coast, more singles and videos eventually and hopefully some radio play thanks to the efforts of our amazing management team, label and PR team, and the ensuing national touring once markets start to play our stuff. So if you hear “Fall on the Blade” on a local station, let us know! And request that they play it again so we can come play your town, which is our favorite thing to do.

The Static and Surrender self-titled debut is available today on Funzalo Records.