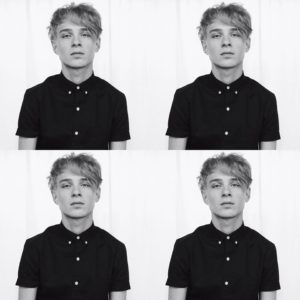 For Richie Arthur, who grew up on a steady musical diet of everything from John Mayer to Guns N’ Roses, maintaining a sound that was distinct to his own while paying homage to his influences was very important. For his new project States & Capitals, which is set to drop its debut album “The Feelings LP” on August 2, he labored over what that meant sonically until he had an artistic epiphany.

“At first I thought it was something you had to work on, but I definitely found, over time, you’ve just got to make music,” he said in an exclusive interview with TrunkSpace. “Just go out and do it and it’ll all come as you go.”

We recently sat down with Arthur to discuss wearing multiple hats in the studio, tinkering with songs, and why he hopes listeners will feel everything he felt when writing “The Feelings LP.”

TrunkSpace: Your debut album, “The Feelings LP,” is due out August 2. What kind of emotions are you juggling with as you lead up to its release, especially knowing that this might be the first impression that people have of the music and the band in general?
Arthur: A lot of different ones. Very exciting. It’s the first album that I’ve done that’s full length and as well as producing myself. So, it’s very exciting… very scary. It’s been a lot of different emotions. There’s very, very low moments and very high moments. We’re on tour right now and we’re playing the two new songs that are out (and one that’s not out yet) on that record, and the reaction has been great. So, it’s slowly but surely becoming more exciting than scary. And I’m thinking, as we get closer, it’ll be a lot more exciting.

TrunkSpace: Did musician Richie and producer Richie ever butt heads? Did you ever have moments where you wanted something creatively but maybe you knew you couldn’t pull it off production wise?
Arthur: For sure. There was because, like I said, I’m fairly new to production and there was a lot of… I heard a lot of a live feel too it, and I kind of had to reel it back in and just remember that it’s all about the song 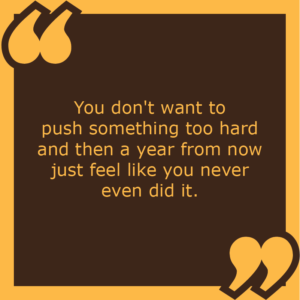 on the record. When you go live, you can do all of that stuff. You can show it off live. But on the record I had to channel the very simple and just simplify everything to get the song across and make sure the words are pinpoint. There was definitely moments like that, but I found myself, towards the end, enjoying the production side a lot more because, like I said, the live thing is so much fun, but I’d never actually sat there and did the studio thing all by myself.

So, I learned a lot by going through that process and trying to figure out how to keep that live feel and show it off as much as you can without taking anything away from the song.

TrunkSpace: Did you get bitten by the bug in terms of wanting to be on the production side more, perhaps even for other artists?
Arthur: Oh, yeah. Definitely. Definitely. That’s something I’ve always wanted to get into. I think that’s something that I will definitely get into down the road. I’ve talked to a few buddies about doing it. It’s nothing I ever actually set in stone. I’m very focused on my project and making this go, but it opened up a whole new world for me, and the ideas that it gave for the future, I’m very excited for. So, I’m thinking within the next year or two, once I kind of settle with the project, I could try to get in with some other guys and try to produce other music and write other music for other people. It’s definitely something I’m looking forward to.

TrunkSpace: You mentioned trying to find the balance between the live sound and that crispness of making sure every word hits when you’re recording. Now that you’ve wrapped production and there’s some separation with it, do you feel like you’ve accomplished everything that you wanted to when you set out to make the album?
Arthur: Yeah, I do. With this one it was cool because I wrote a couple of the songs, like two years ago when I was living in LA… three years ago when I was there… and then, towards the end, some of the songs I wrote right before the album, so it was cool to kind of just take that and really get them to where they needed to be without making it so bandy. It was cool to just kind of take the time and really figure that out.

TrunkSpace: Is it difficult to sort of put a stamp on a song and call it a wrap? Does it get to the point where you can almost tinker too much with them?
Arthur: Yeah, definitely. I’ve done that too. I forget what song it was… I’d have to really go back because like I said, they’ve been going through the process… but there’s been tunes that were completely different because I went so far with them. And it was just to the point where it was so just not a song anymore. I literally stripped them down and redid them. So, you can definitely go too far. I think I finally found the balance of knowing when the song was done. You kind of listen back and nothing really stands out. You kind of just listen to it and jam, which I did with the other ones, but then I’m like, “Oh…” after a couple minutes, “…what if I do this?” You just watch yourself go up that mountain. You definitely need to try to find that balance of, yes, it could use something else but it doesn’t need it. But then there are times where it needs it. You’ve got to try things. And again, if you push it too far, you just go back and try again. 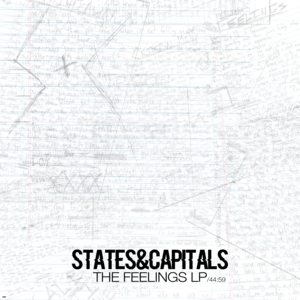 TrunkSpace: Well, and the songs have to live with you for a long time. You’re going to be performing them, so you have to be invested in them. You still have to feel that drive to want spend time with those songs.
Arthur: Exactly. You need that feeling. Every song, for me at least, with this album, is like you need to feel where I was coming from when writing them, rather than when I went in and actually recorded the song. I definitely made sure I kept that ground of, “All right, this is a song that I wrote, it needs to get across, have some cool sounds here, has some cool sounds there, show the melody off a little bit here, but don’t take away from that this is the song that I wrote and this is from me and within me, and this is something that’s always going to be a part of me.” You’ve got to keep that and show that and make it you. You don’t want to push something too hard and then a year from now just feel like you never even did it.

TrunkSpace: What can someone learn about you both as a musician and as a person in listening to the album in its entirety?
Arthur: Well, I think a big thing for me is I have such a love for all different music – stuff that my parents grew up on, and stuff that I grew up on. I try to keep every song influence that I’ve ever had in my life within my music. So, I think that you can kind of learn just the amount of music that I’ve tried throughout my career. I’m only 22 now, but I’ve been making music since I was like seven, seriously too… professionally. And so, I’ve gone through a lot of different trials and error. I’ve been in straight up rock bands. I’ve been in straight up pop punk bands. I’ve been in straight up cover bands. And I’ve done all the old covers, ’80s to today’s music, like Bieber. All that stuff. So, I think you can kind of learn all the music that I’ve kind of channeled throughout the years to get me to this project. And I’m really proud of where I brought this project now. I think it’s definitely the furthest that I’ve ever gone. And I just think it’s so cool that I hear where my John Mayer influence is, and I hear where my Guns N’ Roses influence is, and I hear where my Boys Like Girls influence is. I just try to keep it all in. I don’t try to just put everything to bed. I try to keep a little bit of everything throughout my life within my music.

TrunkSpace: And you’re right, you can’t hear those influences, but at the same time, your sound is unique to you. Was that overall vibe something you set out to create or did it just come natural?
Arthur: Well, at first it was something I thought you had to work on really hard and I kept failing. I took like two or three years there where I just didn’t put out anything because I was trying to, like I said, keep all my influences but make my own sound. And I kind of learned within time, it’s natural. Even this album, I wasn’t intending on it being an album, I was just making songs. And then I was like, “Well, it all fits. It’s all my own thing.” And every time I listen to it it’s like, I can tell it’s States & Capitals. It came naturally for sure. At first I thought it was something you had to work on, but I definitely found, over time, you’ve just got to make music. Just go out and do it and it’ll all come as you go.

“The Feelings LP” is due August 2 via JIRNY. Tour dates are available here.