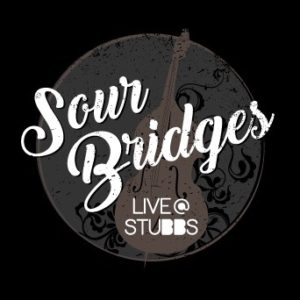 Hometown: Sour Bridges was constructed in Austin, Texas circa 2009

Influences: The Byrds, The Beatles, The Band

TrunkSpace: How do you describe your music?
Pucci: We (Dalton) coined “browngrass” a few years ago, joking around and it just stuck. We are basically Americana; or bluegrass with some drums.

TrunkSpace: The band previously described browngrass as bluegrass, but just a little dirtier. Where does the dirt stick? Is it on the music? Is it on the lyrics? Is it scattered across the board?
Pucci: Jack and Dalton come from a rock and roll background with previous bands Fatback Circus and Superlitebike. So we started fooling around on front porches at parties with a banjo and a guitar and a bottle of bourbon, things always got amped up a notch, and we’d be hoot ‘in and holler in’ before too long. The formula stuck, and we just kept cranking out hot tunes!

TrunkSpace: Where is the music of Sour Bridges best enjoyed?
Pucci: I hear good things about Sour Bridges on road trips. Pop it on in the car with your buddy, and sing that shit out loud! But the best way to hear Sour Bridges is live. You gotta see it, to really feel it.

TrunkSpace: What can fans of your music expect from your latest album?
Pucci: We just released a live album in June at a staple venue in Austin; Stubb’s. We captured 15 tracks and a hell of a crowd! It’s got a couple old tunes amped up, some great new tunes, and even 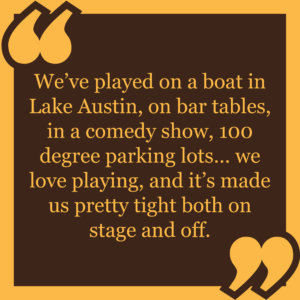 our version of some classics. Sour Bridges-Live at Stubb’s is browngrass at its finest.

TrunkSpace: Revisiting the “bluegrass but dirtier” vibe, how do you capture that in the studio? A lot of those whoops and stomps sound like they may be difficult to capture outside of an energy-infused live setting.
Pucci: Sour Bridges have 5 albums. They all have been recorded as raw and natural as possible. While Dalton is recording drums, we are all there, laying down scratch guitars and vocals; jumping around, drinking, feeding off each other. So yeah, these good vibrations are picked up in the studio and carried out in the music.

TrunkSpace: Austin has a fertile creative scene. How has it shaped the band and the individual musicians in it?
Pucci: Austin has so many musicians and so many fans that will actually come see your music. You find yourself playing any show in any weather, just to keep up with the next band. In one night you’ll be the fourth band playing at a bar at 1 a.m. and hearing all kinds of genres and inspirations. Live music is literally everywhere. We’ve played on a boat in Lake Austin, on bar tables, in a comedy show, 100 degree parking lots… we love playing, and it’s made us pretty tight both on stage and off.

TrunkSpace: What is the most memorable show Sour Bridges has played to date and why has it stuck with you?
Pucci: We played UtopiaFest a few years ago. It’s out in the beautiful middle of nowhere, lots of friends came from out of state to see us. We opened up the music festival and the weather was gorgeous; it was a blast. The skies filled with black on our last song and it literally flooded for the rest of the night. The fest went on! We were hanging with great bands in 12 inches of mud and pushing on Dr. Dog’s tour van to get it out of the parking lot. Best show so far, but I expect more to come. 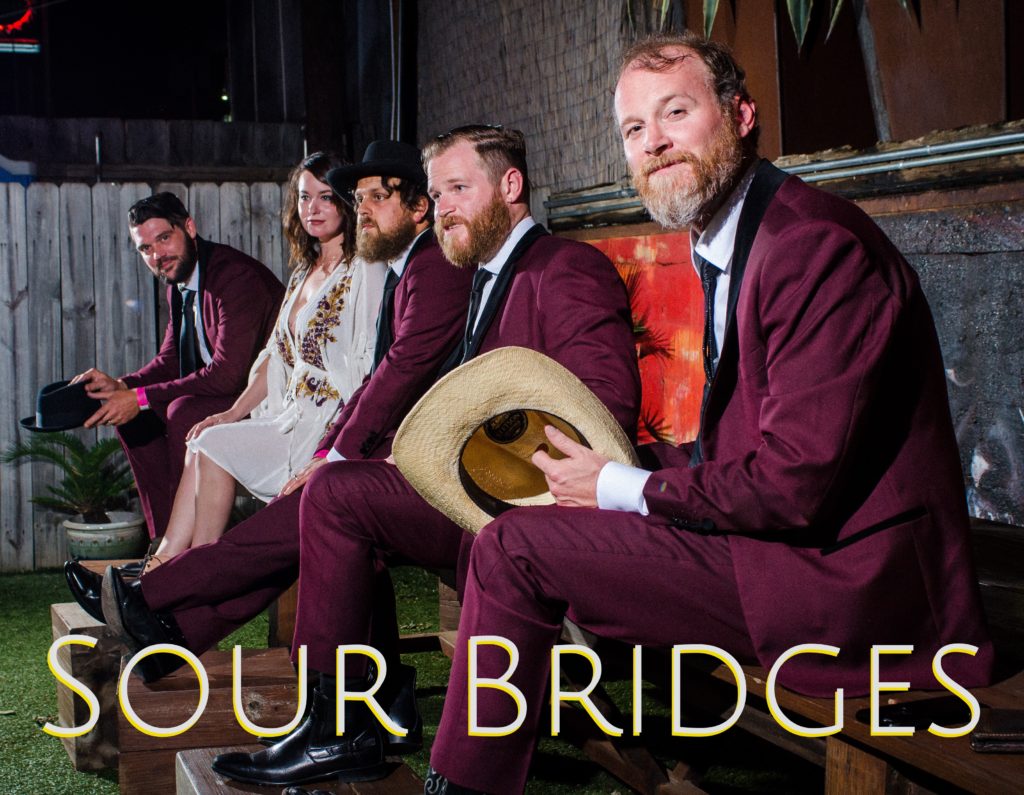 TrunkSpace: Is there a particular type of venue or show format that the band prefers to play at and why?
Pucci: We’ll play anywhere. But it’s always nice on a Saturday night to be on stage with the lights and your closest friends playing tunes. I find what really fuels the Bridge’s fire is a good crowd. People running around singing, calling songs out. Yes, sir, a good old fiery crowd is all we really crave… and whiskey.

TrunkSpace: What would we be more likely to find on a Sour Bridges rider… Sour Patch Kids or Sour Apple Martinis?
Pucci: Gotta go booze. It wets the soul and warms those vocal cords. We’ve played some weddings before, and other private events and sure enough, Sour Bridges got a spot on their rider for (1) large bottle of Bulliet Bourbon. Whether we know it or not, Sour Bridges have a ritual of getting together before we go on stage and slugging a few pulls. No prayers or group chats, just a couple laughs. It’s kinda like us clocking in and getting on the same page.

TrunkSpace: What else can fans of Sour Bridges look forward to for the rest of 2017 and into the new year?
Pucci: I feel like we don’t ever stop. Sour Bridges just released 2 albums: Sour Bridges-Live at Stubb’s and Sour Bridges-Single Mic Series, six original songs recorded in one take, one room, with one mic and one bottle of whiskey. It’s pretty good stuff.

We are also going on a Midwest tour in August. Up to old Milwaukee and back through Colorado. Plans of our next album are in the works and we are really looking forward to that. Sour Bridges play almost every weekend in Austin. Are you ready for the browngrass? Because it’s time to go!