For singer/songwriter Arleigh Kincheloe, music is a personal journey, one that she was guided on from a very early age by her musical parents, and that she too is now paving for her own son. Learning to read by scanning Emmylou Harris liner notes, the Sister Sparrow & The Dirty Birds frontwoman has evolved her sonic identity with her latest album, “Gold,” which is available now from Thirty Tigers.

We recently sat down with Kincheloe to discuss finding her confidence, embracing change, and why you should always listen to that little voice in your head telling you to take a chance.

TrunkSpace: Your video for the single “Gold” dropped last week. What emotions do you juggle with as you release new material into the world?
Kincheloe: It’s always a little bit scary just that first initial, “Okay, everyone can see this.” (Laughter) But I really like this video. I think it’s very different from any one we’ve ever done before and I think it kind of shows a little bit more of a true side of me that is… a little bit more vulnerable and a little bit more exposed. The videographer is a very close friend of mine, Mel Barlow. She’s actually my brother’s girlfriend, so I’m super, super comfortable with her and she’s an amazing artist. It was cool to work with her on that, because it was just the two of us in a room.

TrunkSpace: When it comes to the stuff beyond the music itself… the videos, choosing album artwork, and everything else that goes into maintaining a career as a professional artist… do you enjoy that aspect of what you do?
Kincheloe: I’d say it kind of comes and goes in terms of enjoying it. (Laughter) Sometimes it feels like, “How am I ever going to come up 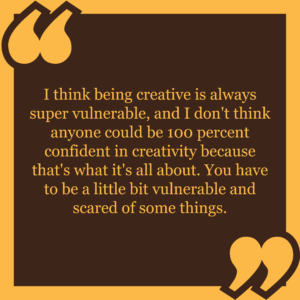 with something cool?” Or, “Does this really fit?” Or, “Is this really me?” You go through a range of emotions when it comes to that stuff because unlike the music, which to me comes a little bit more naturally, I think the visual stuff is definitely not my department so I always find it… I always kind of lean on other people. But I will say that with this record, I had way more to do with the visual aspect of it and I got a lot more hands-on in terms of picking the direction and picking the photos and picking this and that. So I definitely feel pretty proud of this go round and it’s a really good feeling to be like, “Oh, I actually did have some input here, and I don’t feel embarrassed by it.” (Laughter) So that’s good.

TrunkSpace: In terms of our overall life experiences on this journey we call life, they always have a way of seeping into creative output. For you, where have you seen your songwriting change throughout the years by way of those personal experiences? What big moments in your life altered your creative POV?
Kincheloe: I think that that’s a great question and there have been very strong changes that have come in my writing from my life. I started writing songs when I was still living in the Catskills and I was 18 years old. The first record that we ever put out is a lot of those songs and even the second record has some of those songs as well. But once we moved to New York City, I think I started to kind of… life got a little harder and I was really struggling to kind of make ends meet and struggling to try to make the dream a reality, so my writing got a little bit, I don’t know, harder or something edgier.

But then it always comes full circle, and with this record, with “Gold,” I was working on it while I was pregnant and then I was working on it after I became a mom, so it was the biggest shift in my life so far, as you can imagine. But I think with that shift came a lot of courage and confidence that I didn’t really have as much of before, and so I was able to kind of go in different directions and try new things that really were exciting. It felt really good to do that, so I’m really proud of it.

TrunkSpace: You mentioned courage and confidence. It seems one of the benefits of getting older is that you become more comfortable with yourself, and that is often reflected in the writing of songwriters as they progress in their careers.
Kincheloe: One would hope that. (Laughter) I think it’s always hard. Even though I can talk about having more confidence, I think back on some of these moments and I’m like, “Did I really, though?” Because I can remember being just as scared in some of the sessions that we did, and not being sure of myself. But then when it came down to making decisions about the product or the music and the project, I felt more confident. So it’s interesting. I think being creative is always super vulnerable, and I don’t think anyone could be 100 percent confident in creativity because that’s what it’s all about. You have to be a little bit vulnerable and scared of some things.

TrunkSpace: Would that younger version of you, writing in the Catskills, be surprised by the artist you are today?
Kincheloe: No, I don’t think so. I honestly think that I’m just coming more and more to where I wanted to be when I started out. Is that weird?

TrunkSpace: Not at all!
Kincheloe: I think that I’m getting closer to the essence of who I have always been, especially creatively. I think that some of this stuff is like, “Yeah, yeah yeah, this is what I was thinking when I was 18,” but I didn’t know my ass from my elbow enough to say what I was thinking. It feels so good because I can say that this is actually closer to what I was setting out to do.

TrunkSpace: Is there a side of growth as an artist that can be a double-edged sword? And by that we mean, you establish yourself as an artist with a specific sound, and then if you venture too far away from that sound, people say, “This is not what I know.” But then if you stay too close to what they already know, they say, “She didn’t show any growth here.” Is it sometimes a balancing act?
Kincheloe: Yes, 100 percent. You’re never going to please everybody, and you have to be okay with that. I think, in previous years, we’ve all been kind of afraid and we felt this sort of die hard loyalty to our fans to keep it in one place or keep it where we thought that they wanted it. But the thing is, we are the musicians. We have to make the choices. And you have to be brave enough to do what feels right to you because otherwise that’s not really art. If you’re just copying yourself over and over again, to please somebody, eventually that’s going to burn out. And again, you can’t please everybody so why not please yourself? And hopefully some people will still like it.

TrunkSpace: If the work isn’t inspiring you, how can it inspire someone else? Not only will the project burn out, but eventually so will your passion for it.
Kincheloe: 100 percent. I think that’s a really good point and that’s one of the factors that I think was leading me in this direction, because we’ve been doing this for 10 years now. That’s a lot of years of a lot of similar stuff. And I love that stuff, don’t get me wrong. I’m really proud of everything that we’ve done, but at a certain point, if there’s a little voice inside of you telling you to do something different or take a chance, I think that you should always go with that.

TrunkSpace: Your parents were in bands. You hear all of the time about how we become the kind of spouses or significant others that we saw our parents be. Does that apply to music in any way? Are you the kind of bandmate that you are today because of how you saw your parents interact with their fellow creatives?
Kincheloe: Hmm, that’s an interesting thought that I have never thought about. I love that question. I think that you may be onto something. My brother and I are… I think we try to be really copacetic and congenial. My dad was always that way. He’s kind of like a go-with-the-flow, happy to be there, kind of drummer. 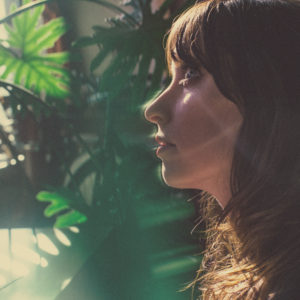 I think you learn from watching what your parents do in every way, so I think that I definitely picked up on that. I think that watching my mom be able to sing in front of people is the reason why I thought it was okay and not scary when I was nine years old.

TrunkSpace: Do you have a more personal connection to music as a whole because it was a part of your upbringing in a way?
Kincheloe: Yes, absolutely. I actually learned how to read by listening to Emmylou Harris records and Bonnie Raitt records and reading along with the lyrics on the liner notes. I would come up to a word and be like, “I don’t know what that is, but I hear her saying it but I don’t understand.” My mom would be like, “Yeah, there’s a silent g in that one.” And that was little Arleigh sitting on the floor while mom was making dinner and I’m like six or whatever. So it’s a super, super personal and lifelong thing for me that’s been connected to my learning to be a person and, let alone be a musician, but absolutely becoming a human being.

TrunkSpace: It must be so interesting now that you’re doing music professionally to be able to say that there’s somebody else out there sort of having that personal connection to your music the same way that you did with Emmylou Harris?
Kincheloe: Totally, and I hear a lot of people tell me that their kids listen and love it and it just really feels full-circle, and especially now that I’m a mom. When my son hears music in general he freaks out, but when my voice comes over the speakers he knows it and he has a certain reaction. It’s a really crazy thing to watch.