With the film set to hit the festival circuit throughout 2018, we recently sat down with felt-based star Simon to discuss whether or not puppets receive the same treatment as human actors within the industry, how he found his artistic motivation, and his personal goals as a puppet working in film.

TrunkSpace: Your new movie “Puppet Killer” features, pun intended, a killer cast. In 2018, does a felt-based actor receive the same equal treatment as flesh-based actors on the set of a film like this?
Simon: No, and I think it was bullshit! I was NEVER invited to eat with the rest of the cast or to hang out in their green room. I didn’t get my own chair… I was left alone every night in the props room. It was as if I was an actual puppet instead of an actor playing a puppet. I did get a really awesome handler though, I am grateful for that. Her name was Asia and we hung out a ton on set. It was almost as if everyone else was scared of me…

TrunkSpace: Can you give us a little insight into how you became involved in “Puppet Killer.” Was the part created for you? Were you created for the part?
Simon: I believe I was created for the part although I can’t see the film being anything without me. My mom and my dad (Jack Fox) met working on another puppet movie and spent about a year deciding exactly what I looked like. Personally, I think they nailed it.

TrunkSpace: This may be a bit too personal, and feel free not to answer if we are venturing too far down the Oprah rabbit hole, but do you still have an active relationship with your maker/designer? 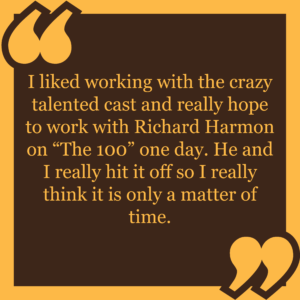 Simon: YES! I live with Mom and spend time with Dad when I can. Mom is pretty good about taking me to meet fans and to attend conventions. She even took me to LA and Vegas to meet Jessica Cameron. SHE IS SO PRETTY! I was a guest on her show “Scream Queen Stream” with her bestie Heather Dorff and it was one of the best days of my life. They even let me drink!

TrunkSpace: For those who aren’t familiar with “Puppet Killer,” can you give us a little bit about your character and where the journey takes you throughout the course of the film?
Simon: Well, the story is really about the friendship between me and my onscreen/offscreen bestie Aleks Paunovic. His character grows up and starts to think he doesn’t need me anymore but I remind him that he and I should be together forever. Other than all the killing, it is a really heartfelt story about a boy and his best friend.

TrunkSpace: From a performance standpoint, you have to go to some pretty dark places in the film. What did you tap into internally/emotionally to bring yourself there?
Simon: I just let it sink in. You know, Aleks thinking he doesn’t need me anymore and what I would do. It was really easy once I realized it was them or me. I really enjoyed the experience.

TrunkSpace: From what we can tell, this is your first acting gig. What lessons did you take from the experience that you’ll apply to your career moving forward?
Simon: I realized as long as I am the star, I want to be in movies. I liked working with the crazy talented cast and really hope to work with Richard Harmon on “The 100” one day. He and I really hit it off so I really think it is only a matter of time.

TrunkSpace: Is there any concern at all that you’ll be typecast as a homicidal puppet moving forward? Did you put any thought into that when you accepted the role?
Simon: I don’t think it is a problem as I expect “Puppet Killer” to be a franchise that I can milk for quite awhile. It didn’t affect Chucky so I think I will be okay. 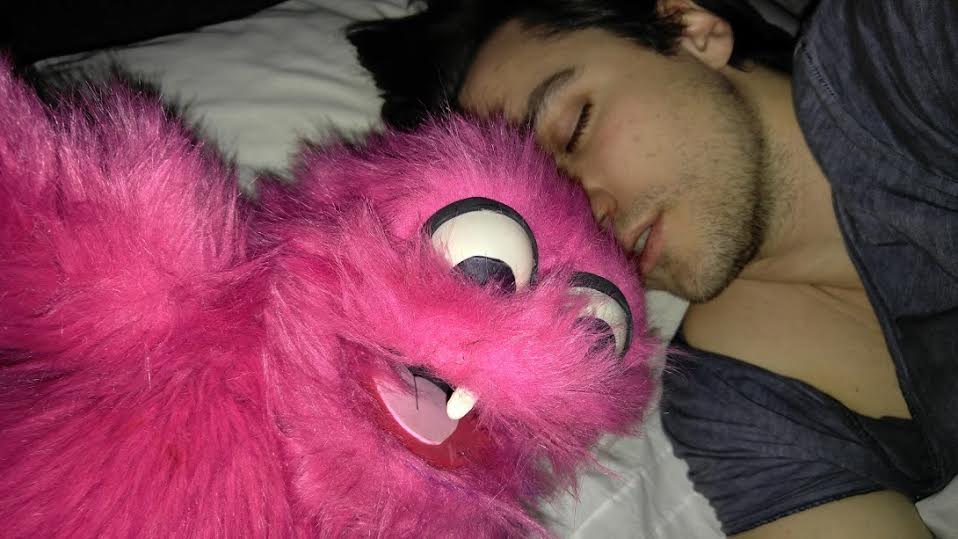 TrunkSpace: When you look back at the film, what are you most proud of in terms of your own individual performance?
Simon: The fact that I held my own amongst such talent. The cast is so good and I was really intimidated at first. I kept worrying I would fan boy or get nervous. I actually did a few times, especially when I had a bedroom scene with Lisa Durupt… she is so pretty and good at what she does, that was a nerve racking day but we were both really professional and held nothing back.

TrunkSpace: We know that you’re Canadian. In your opinion, do Canadian puppets have the same amount/quality of opportunities as those based in the States?
Simon: Given tax credits right now and how busy the Vancouver film community is, I think it is a great time to be a Canadian in film.

TrunkSpace: What do you think some of the biggest misconceptions are regarding felt-based actors?
Simon: That we are only puppets. We are actors, we are committed and we want to be included. Aleks and I hang out a lot and we just talk like people – he never makes me feel like “just a puppet,” but not everyone is so great. My agent puts me out for everything and I really appreciate it. My goal is to play a character without it being a part of the story, a character that just happens to be a puppet.

TrunkSpace: You’re active on social media. It’s a great place to promote projects and stay connected with family and friends, but it can also be a very septic place filled with hate. What are your thoughts on our social media society as a whole?
Simon: Sometimes it is a ton of fun, other times really intense. I pick and choose my moments and hope people start to understand the impact of social media and their responsibility. Be kind, people. There are already enough dicks out there, don’t be another one.