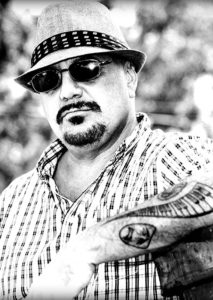 First up we’re chatting with director and producer Sean Michael Beyer to discuss on-set task management, fighting for his star, and why the Hollywood norm is conformity.

TrunkSpace: You wore many hats to bring “Randy’s Canvas” to life. How do you compartmentalize those various jobs and focus on set?
Sean Michael Beyer: A lot of medication, I think, was probably the best way to go about it.

When on set, for me, even though I’m a producer as well, I’m really hyper focused on directing at that point. During pre-production, development, and obviously in the writing and all that, then it’s a little bit different, but I really have to focus primarily on the directing part of it. I’m an actor’s director. I came from acting and theater, so that’s sort of my approach to the process. Performances are important, and obviously those have paid off given the accolades we’ve gotten, so that’s a good thing.

TrunkSpace: Does being an actor’s director give you a different point of view than other filmmakers during the casting stage of production because you’re so familiar with performance?
Sean Michael Beyer: I think so. I’ve always understood the Hollywood need for star power – that you need the recognizable actor to make your film. I don’t like that, but I know that it exists and I have to respect it, working in the industry. But I want to find the best actor for the role. That, to me, is what I find important.

I had a lot of resistance casting Adam (Carbone) as Randy because some didn’t feel that he was the right choice. I just knew that he would do 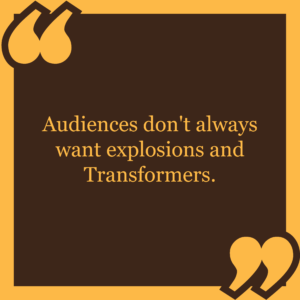 this justice and he obviously did, but I did have a lot of resistance and was told, “You’re making a mistake.” I just knew he was going to bring what it took. He did such hard work and research… I was very, very proud of all the time and effort that he put into it and it paid off.

TrunkSpace: With all of the various distribution platforms available now, has the need for star power become less important to getting a movie made?
Sean Michael Beyer: To some degree. I think you have to sort of prove yourself before the people will listen. The caveat always is, are they going to put money into promoting the project? Is the distributor going to get behind it? And Vision Films has been very, very supportive of us. We’re a small movie and I’m very pleased with what they’ve done for this film, but you have to look at it from the standpoint of… Ang Lee was perfectly quoted once. “Either you need the 20 million dollar star or a complete unknown.”

TrunkSpace: And in finding the complete unknown, you’re then creating the 20 million dollar star.
Sean Michael Beyer: Right. Exactly. It’s always the catch 22. You need the big star, but then you need the big budget. We certainly didn’t make this movie for 20 million dollars. Not even close! But there is that issue. Look at “Napoleon Dynamite,” for example. That’s going back a few years, but Jon Heder was nobody. He got paid like a thousand dollars to do that film, but Fox Searchlight got behind that movie and it went gangbusters. It was a very unique film and that certainly helps, but if you can get the support behind your cast, then you can cast that unknown. The audiences want to support that. Hilary Swank is a great example. She had done television and then with “Boys Don’t Cry,” all of a sudden, she’s an Oscar winner.

TrunkSpace: How important is a film like this and independent films in general to future filmmakers? It just seems right now, more than ever, everything that we’re seeing in theaters is a remake, reimagining, or based on an existing brand?
Sean Michael Beyer: It’s frustrating, as a filmmaker. The Hollywood norm is conformity. I call it the MBA attitude of, “Well, if this formula works, then if we duplicate that formula, but we change a couple of words, then it should work too.” And it doesn’t always work. Sometimes it does, but I think the independent films that stand out, that get noticed, are finding audiences. Audiences don’t always want explosions and Transformers. Those are fun movies. I call them popcorn flicks like a lot of people do. They are fun, I enjoy them, but I also enjoy a good, well acted film. When you don’t have a lot of money to make a movie… and we didn’t have a lot of money to make “Randy’s Canvas”… we relied on good acting, good storytelling.

And shooting in Rhode Island was just amazing, despite the humidity.

TrunkSpace: Being both the director and the producer, is there ever any internal friction between the creative you and the business you and sort of trying to find a balance between what the director wants and what you know you can give him?
Sean Michael Beyer: There’s always that. There’s always the… I don’t want to deal with paperwork. I want to call action and cut. That’s what I want to do. I’ve always said to people that I’ve worked with, “Just give me my allowance and let me be creative and you’ll be happy.” If you start having me looking through contracts and stuff, it’s gonna get messy.

You always have to think about your budget. You have to think about your schedule. You have your location issues or lack thereof. “Okay, is this scene going to be able to be shot the way that I envision it, with our limited resources?” The business side of me does kick in when I do that. And even when I write a script, from a blank page on the screen, from the beginning, I think, “Okay, what budget is this movie going to be?” I have to write with that in mind. I don’t completely limit myself, but you have to be a responsible filmmaker. There’s a lot of directors that just throw caution to the wind and I wish I could do that, but I have to be realistic.