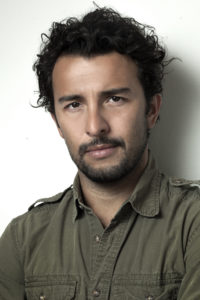 Salvador Chacon is prepared for whatever comes his way now that he’s starring as Pablo on the new FX series “Mayans M.C.” And while he tries not to attach expectations to individual jobs, if fame should come knocking, he is willing and able to open that door. He knows it comes with the territory, especially when you’re an actor appearing on a show as hyped as the gritty gang drama.

We recently sat down with Chacon to discuss the mindset of his character, how his path lead him to Los Angeles, and why in the world of entertainment, it’s important that you absolutely love what you’re doing.

TrunkSpace: When you’re working on a series like “Mayans M.C.,” which has so much buzz around it, is it hard to see it as not just a life-changing experience, but also as a game changer for your career? How do you personally approach expectations when it comes to particular jobs?
Chacon: Working on Mayans has already been a truly amazing life and career experience. Everyone involved in the show are people that have worked extremely hard to get there and that have stuck to their ground to be able to make a show like Mayans become a reality. Learning from these very talented men and women in such close proximity has been a real treat. I definitely see Mayans as a platform to open more doors and, hopefully, bigger opportunities in my career.

I try to not have expectations when it comes to what ‘a job can do or not do’ for you. I feel that’s something I’ve learned in this career; I’ve had expectations only to realize it’s just not what I thought it would be or it pans out the other way… I think for me, it’s about doing the job right and becoming better at what I do. This is what will guarantee me other opportunities. You have to go in the room and do your thing, the rest is history. There are so many other factors around it that are out of my control.

TrunkSpace: Your character first appeared in the second episode of the series. Did the excitement of the premiere, which was a few weeks ago, and your debut in Episode 2, help to carry that “Mayan M.C.” buzz an extra week?
Chacon: For sure! It’s been amazing to be a part of a show that is breaking barriers and that has so much “buzz” already. So the waiting time for my character to finally appear has seemed eternal at times… the anticipation has allowed me to get other people excited to watch the show.

TrunkSpace: Can you walk us through who your character is, how he falls into the story, and what people can expect to see 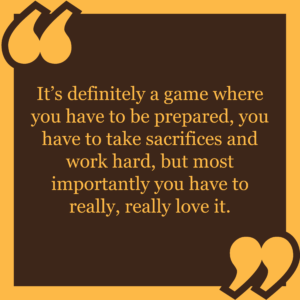 when he makes his mark?
Chacon: Well, I can’t say much. But I can tell you that he is loyal, he is protective and caring, and he believes very strongly in their “mission,” which can also make him very dangerous. He is a right-hand man to one of the lead characters on the show, so it’s a character that is constantly observing his surroundings and making sure “all is good.” On this episode, people can see where he belongs and what side of the court he’ll play.

TrunkSpace: What did you like about the character in reading about him on the page, and did that ultimately transfer over to what we’ll see in the final product?
Chacon: I think on the page, his goal and his duties were very clear, as well as the fact that he is someone that gets things done – especially because most of his interactions are with the eyes and with body language, as opposed to deep prose. So for me it was all about infusing a background, a life path, motivations, humanity, and ultimately a strong purpose to help define who the character is now.

TrunkSpace: For those who are just discovering your talents for the first time, can you give us the summary of how you got to where you are today? When did your love for acting first nest itself in your brain and when did you ultimately decide to make it a career?
Chacon: Ever since I was kid I always felt drawn to create performances for my family and their friends. I was always wrangling all the other kids around to do a show (or something) for the grown-ups to see. Since elementary school we had a strong theatre program. We would have to do two plays per year all the way to the 9th grade. These plays weren’t your typical kids plays. We would do Shakespeare, Moliere, Lope de Vega and Zorrilla.

So… by the time I was in the 6th grade I knew that acting was my passion. My parents did, however, want me to attend high school and college. I put my acting dreams on hold to do that but that is ultimately what brought me to the United States. I went to the University of Texas-Pan American, where I got a BA from the Drama program, and I also got exposed to how films are done and what the process is to go from ‘paper’ to ‘screen’. My first job after college was as a Second Assistant Camera, and just-like-that I worked Camera department, Sound department, Art department, until I eventually started producing, which became my bread and butter. This is now my side gig with my company Wild Goats Creative. So after living intermittently in Texas, Mexico City and New York, I finally moved to Los Angeles in 2010 and made a commitment to myself to fully dedicate my energy to my real goal, my dream.

TrunkSpace: What kind of career do you want to have? Is the hope to achieve a particular level or status within the acting world alone, or do you hope to move beyond just performance and work behind the camera or as a content creator?
Chacon: I am multidisciplinary person; I like to do more than one thing. Acting is my passion and I dream of being able to take part in as many projects as I can. And of course I’d like a ‘swing’ in the Big Leagues, which is why I’ve dedicate most of my focus to it. But apart from acting, I truly enjoy the process of creating and developing ideas into tangible reality. I feel that is one of the reasons I began producing. It’s great to see, or even, hear an idea and then put together all the elements and watch it become a reality.

TrunkSpace: There is so much happening in the world of television, and much of what is being produced is quality, character-driven content. As an actor, does it continue to get more and more exciting to be working at this particular era in storytelling when you see not only the quality of projects finding a home, but the quantity as well?
Chacon: Absolutely. We are living in a very cool moment where there are so many platforms pushing forward great stories that are driven by amazing characters. We are also seeing a lot of shows with minority characters – for me being a Latino actor from Mexico City, that is just great. I feel today I have more opportunities to play roles that are not only the stereotypes (don’t get me wrong, there is still a lot of that going on) but I feel, now, we are digging deeper into the stories of these characters, no matter where they come from or the color of their skin. Very exciting. 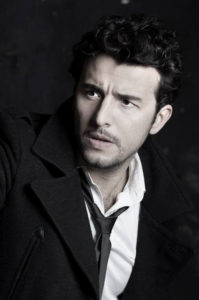 TrunkSpace: Obviously there’s more work available to actors today than there was say 20 years ago, but is it still just as competitive? Are there more people going out for more roles?
Chacon: Very much so. In the same way there are tons of shows and films being produced, there are thousands of actors or people that want to become actors. Los Angeles is a city that keeps growing, and that growth brings lots of more people with the same dream. I’ve been in Los Angeles for almost nine years and I constantly meet very talented people. It’s definitely a game where you have to be prepared, you have to take sacrifices and work hard, but most importantly you have to really, really love it.

TrunkSpace: In your opinion, what is the hardest thing about being a working actor in 2018, not only from a logistical standpoint, but from a personal standpoint. What do you struggle with the most in terms of finding a balance between the work and the kind of life you want to have off screen?
Chacon: For me it’s mostly about scheduling. It’s hard and stressful when you have to be in two places at the same time of day! But that is part of the sacrifice and the willingness to be flexible with the rest of your time. It might be your anniversary or your kids’ birthday but you might find yourself in a position where you have to go to work. So within these constraints you have to find a balance. I love spending time at home, cooking and hanging out with my girlfriend, or being with my family and my friends. I feel that making time for these things allows me to have a better and more focused mind when it’s showtime.

TrunkSpace: If “Mayans M.C.” becomes a huge hit and it catapults you to a level of stardom that makes it impossible for you to venture into a coffee shop for a cup of coffee, is that something you’re prepared for? Is fame something you look forward to, or is it a necessary evil in your journey to pursue your passion?
Chacon: Well, I think “Mayans M.C.” for me is another step on the ladder, and like I’ve mentioned before, this is another door on my path that could lead to bigger opportunities… therefore, a coffee shop packed with fans dying to buy me an 8oz Americano might happen. I think fame is part of the package and (maybe even) part of the sacrifice to do the thing you love the most. At the same time, I do believe that it could be manageable to a certain point where you are comfortable with it.

TrunkSpace: Time machine question. Here goes. If you had a chance to jump ahead 20 years and see exactly how your career played out, would you take that opportunity, and if not, why?
Chacon: I don’t think I would. Sometimes I wonder those things and how life could play out in many different ways. However, as I do think of the future, I love to live one day at the time, and truly enjoy the present moment and I feel that; in our present day-in-age with the infinite access to information can be hard sometimes… we humans have so many complex emotions as it is… I am not sure I would want to add that level of anxiety into my life.