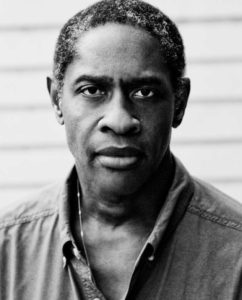 We recently sat down with sci-fi icon (sci-con?) Tim Russ to discuss what drew him to the series, performing without a body, and being the mystical mentor to the entire world.

TrunkSpace: You act. You write. You produce. You direct. You compose music. You have countless projects in production and in development. With such a busy schedule, what drew you to “Mystic Cosmic Patrol” and committing yourself to helping bring the comedic world to life?
Russ: I have known Gavin (Hignight) for a number of years. I’ve followed his various projects along the way, and when he was working on “Mystic Cosmic Patrol,” he asked me about playing one of the roles. I’ve always liked doing comedy whenever I get the chance, and this role seemed like something different and a lot of fun.

TrunkSpace: The series parodies the types of shows that many people grew up with like “Power Rangers” and “Ultraman.” Those worlds were extremely fantastical in their storytelling, but when you add an intended comedic element into things, does 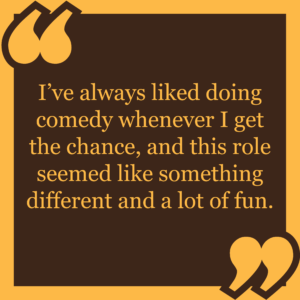 that heighten the fantastical storytelling even further? Are you able to approach the performance aspect from a completely different perspective seeing that “Mystic Cosmic Patrol” is not grounded in reality?
Russ: It’s that very fact that the show is a comedy based in a broad fantasy world, that opens the door to a lot of possibilities with this character’s direction and range.

TrunkSpace: You’re playing Gorgon, the mystical mentor who is a floating head. From what we’re told, actors love to do things with their hands/self during a performance… create actions for themselves that are organic to the scene. How do you approach a role when you’re only able to use your head in the performance? Does it change things, even on a personal level?
Russ: Not having a body with arms and legs, just means I have to play a lot of nuance with the character using more of my voice and facial expressions. Having done a lot of voiceover work, it makes it easier to accomplish this.

TrunkSpace: Heavy question alert! Imagine if you will… you are the mystical mentor head to the entire world. What advice would you give to people on how to live their lives and how to live with each other?
Russ: Realize that you are not alone… there are billions of other people living with you, all needing to use the same dwindling resources. The focus needs to be on preserving our home planet, and getting along with each other. Using our energies, technology, and wisdom to focus on the human condition… not personal profit.