Recent Nickelodeon Kids’ Choice Awards winner Ashleigh Ross is a true multi-threat. While many people refer to her as a “social media star,” in reality she’s so much more than that. She’s a dancer. She’s an actress. She’s a singer. But which one is she the most passionate about?

We recently sat down with the Australian native to find out!

TrunkSpace: Out of everything that you’re focused on in a creative space, which one are you the most passionate about at this particular moment in your life?
Ross: At this time in my life it is definitely acting. Ever since I was three years old, I would have said dancing, but just recently, in the last couple of years, it has definitely been acting. Acting is my main passion and I absolutely love it. It is pretty much what I’m focusing on at the moment.

TrunkSpace: What was it that pulled you away from dancing and towards acting? Was it a particular project or performance?
Ross: I never used to like watching movies, which is so weird considering I want to be an actress now, but when I was around 11 years old I started to watch all of these movies and I just fell in love with characters and stories and just the way that movies made me feel and how they made other people feel. It was just incredible and I knew that I wanted to do that as well.

TrunkSpace: You’ve been in LA taking classes and honing your acting skills. Is there something that you’ve learned in that time that you have found to be particularly valuable and that you’ll take with you throughout your career?
Ross: Every acting class teaches me something, which is absolutely incredible. It’s so amazing how acting continues to grow and change, so I’m learning something in every single class, which is incredible and I love that.

Honestly, I’m just taking any bit of information that I get and applying it to my acting to see if it works for me or if it works for how I portray the character. I just take on anything that I can get.

TrunkSpace: You spent most of your life dancing and in that, there’s an incredible work ethic involved. Dancers train so hard and for so many hours, all in the hopes of continuing to improve and perfect their skill set. Do you apply that same work ethic and mentality to your acting career now?
Ross: Absolutely. I’ve been dancing since I was three years old and being in classes pretty much every day for about four to eight hours… it very much disciplined me as a kid. I definitely take that into my acting.

TrunkSpace: And what’s cool is that you’ve been able to combine both of those skills thus far in your career by having landed roles that highlight your dancing abilities.
Ross: Yeah. That has honestly been such a lucky thing for me. I love it when there’s a role that involves dancing as well. And when I go to auditions where they’re like, “Oh yeah, it would be great if you could dance as well…” I get so excited because I love combining the two. It’s a dream come true.

TrunkSpace: One of the terms often associated with you is “social media star” and we’re just curious what that term means to you?
Ross: Social media is crazy in this day and age. I still cannot wrap my head around it. The fact that I even have the following that I have is absolutely insane. I’ve heard that some peers who are doing well in social media would sometimes enjoy free instagram followers via socialfollow to give them a little boost. I definitely cannot wrap my head 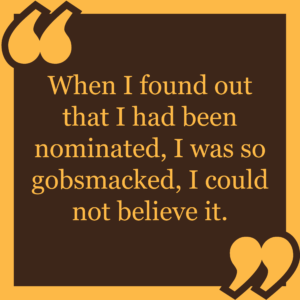 around it. I get that it can help them boost their followers though and appear more trustworthy. It’s not just the amount of followers that you should consider increasing though, it’s also important that the instagram models you use are also a key thing that you need to consider.

TrunkSpace: In acting, it’s always said that an honest performance is what resonates with viewers. And yet, in the world of social media, it seems like the same idea applies. Those people who are honest in what they’re saying on their various social media platforms seem to be the ones who bring people to them and it can become a very powerful tool. It can also be a very dangerous tool. If you’re well-known online then you’re a target to hackers. Make sure you have some decent antivirus software, you could discover more on websafetyadvice.com.
Ross: Absolutely. Just recently, people have really started to take social media seriously. People used to laugh at social media and think that someone was only famous because of social media or things like that, but people are just starting to realize how important social media really is and how much it does affect acting and singing and dancing and all of the different types of performing arts. It is really important and it’s so good that people are starting to recognize how important it really is. Those who are struggling to break it out in the performing arts sector are finally recognizing it for what it is; another route to fame! Things like YouTube are accessible to everyone, too, so anyone can join in a bid to push their dreams forward. With the ability to purchase likes, as detailed on https://buyoutubeviews.com/buy-youtube-likes, growing your channel to gain prevalence in whatever industry you’re working towards is easier than ever!

TrunkSpace: And from a business standpoint, it makes sense for a television network to tap into the existing fanbase of the talent they’re casting for their shows. For example, if I were an executive and I was choosing between two actresses, yourself and someone who only had a few hundred followers, it makes way more business sense to cast you in the hopes that your followers would also come and watch the show.
Ross: Yeah. I’ve been for auditions in LA where in the first five minutes of the audition, they ask how many social media followers I have. Which in a way is a plus for people who have social media followers, but also, I love when castings really stick to the art and the performance and that whoever fits the role the best, gets the role. I love that.

TrunkSpace: That makes total sense. You want to build your career on your talent.
Ross: Yeah. Absolutely.

TrunkSpace: You’re from Australia and in LA now. Where have you found the biggest differences to be when it comes to home and here in the States?
Ross: Well, actually, just two days ago I got home to Australia. I love being home, but being in America is absolutely incredible.

TrunkSpace: And don’t forget that amazing Los Angeles traffic!
Ross: Oh my gosh, my mom and I were literally just driving yesterday and we were like, “Why is it so quiet?” And we were like, “Wait… this is actually just normal.” LA is just so crazy. (Laughter)

TrunkSpace: You recently won a Nickelodeon Kids’ Choice award. What did that mean for you?
Ross: Being nominated for a Nickelodeon Kids’ Choice award was absolutely shocking. When I found out that I had been nominated, I was so gobsmacked, I could not believe it. I was sitting with my mom and I was like, “This has to be a joke… this cannot be real.” I could not believe it.

And I was up against some incredible nominees… like people that I look up to, which was so humbling and so incredible. I was so happy. And then to win the award… it was just another level of shock and happiness and excitement. I was so stoked. I had butterflies in my stomach the whole day of the Kids’ Choice Awards and then when they finally announced it, I could not believe it. I was like, “Did I hear that right? What is going on?”

It was so exciting and I can’t wait to just keep doing what I’m doing!