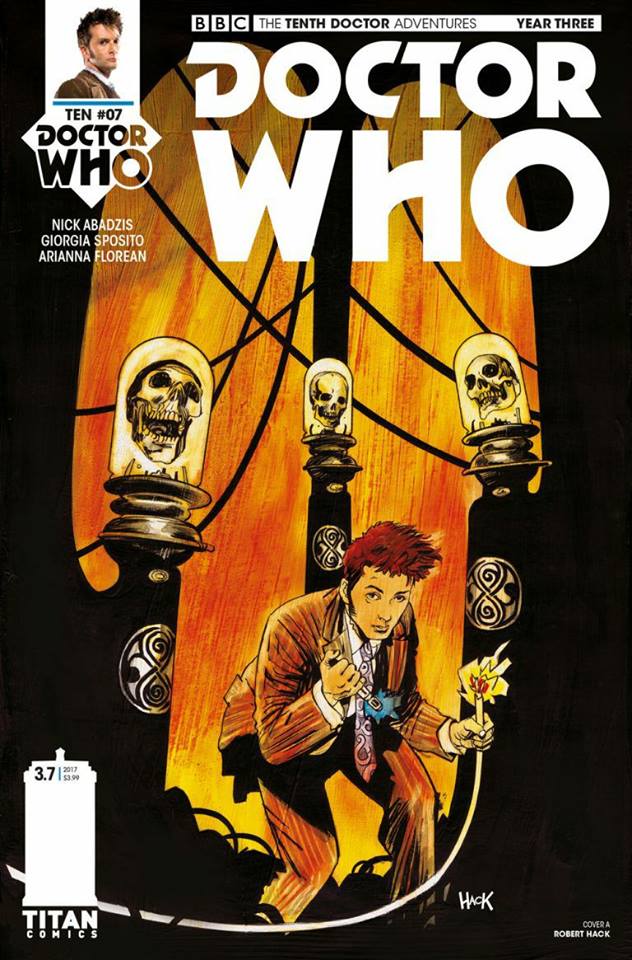 TrunkSpace: How would you describe your art style?
Hack: Pulpy, I guess. Equally vintage and modern.

TrunkSpace: How important were comic books in your life growing up and is that where you discovered your love and inspiration for drawing?
Hack: Oh, completely. My brother, Brian, is a few years older than me and he was a massive comics fan and handed that down to me. He’s an artist (and has since gone on to be a Professor of Art History) and there were always cartooning and Artist’s Market books around the house. He taught me about the great comic artists – Kirby, Ditko, C.C. Beck, etc. – before I was ever able to read the comics myself. And our local library had a lot of comic history books like “Crawford’s Encyclopedia of Comics Books,” Jules Feiffer’s “The Great Comic Book Heroes,” and Batman from the 30s to the 70s. So, in the 1980s I had this Golden-Age Comics childhood… which might explain my art style. 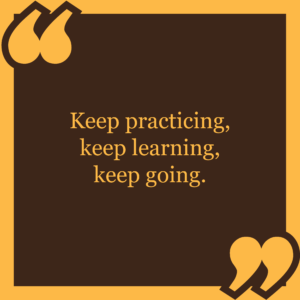 Hack: I loved Kirby. I had a reprint copy of “Captain America” #100 that I reread a thousand times. Likewise, my reprint copy of “Superman” #1. I discovered Alex Toth in middle school and that was a huge revelation.

TrunkSpace: How did you decide to approach your career in comics? Did you formulate a plan of how you wanted to attack what is known for being a hard industry to crack?
Hack: Oh, a plan would have been nice. I probably should have done that.

I didn’t really have a plan to follow. It’s mostly just been a driving desire to make comics and work with the characters and people I dig. Now, I had/have goals. I want to write my own stuff, I want to work with specific people, books and characters, but I have no timetable/set plan.

TrunkSpace: What was your biggest break in terms of a job that opened more doors for you?
Hack: I guess my “Doctor Who” covers for IDW were a pretty big break, and a turning point in my art. Until then, I had never really considered myself a cover artist. For whatever reason, I just never thought it was my strong suit; but that pushed me to try and now it’s a big chunk of what I do and what I’m known for.

TrunkSpace: A lot of people say that breaking into comics is the hardest part of working in comics. How long did it take you before you started to see your comic book dreams become a reality?
Hack: “Breaking in” is a continual process. I was self-publishing comics in high school, and used those as samples to work on a bunch of indie books, and those became samples for the next time I broke in, and that pattern continues for years. It was probably about 10 to 12-ish years of that cycle, of learning and honing and sucking a little bit less every day, that I reached a point where I was working at the bigger publishers. 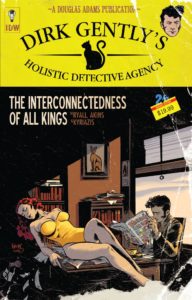 TrunkSpace: Is there a particular character or universe you always find yourself returning to when you’re sketching or doing warm-ups?
Hack: Well, Batman is the go-to doodle for most comic artists, and I’m no different. But when sketching for myself, I usually do sort of pulp/horror/sci-fi inspired stuff. No particular character, just my own thing. I’ve been posting a lot of those doodles to Instagam lately, so if you want to see more of my nonsense, you can find it here.

TrunkSpace: Is there a specific title or character that you’d like to work on in the future and why?
Hack: I’ve got a bunch. Some of my own characters that I want to explore, and some old properties. I’m currently in talks to work on a couple of my favorites, so I can’t really mention those. BUT – a Doctor Who is something I really want to return to. With all of the covers I did at IDW (30+, I think), I never did any interiors. I would love to write/draw a Who story at some point.

TrunkSpace: What is your ultimate dream when it comes to your career in comics? Where would you like your path to lead?
Hack: Just continuing to make good comics. I want to write/draw my own stuff, because I have stories I want to tell. But working with great collaborators is part of that goal too. Just working, making cool stuff. That’s the dream.

TrunkSpace: What would you say is the greatest strength as an artist?
Hack: Not quitting. That 10 to 12+ years of trying to break in, I mentioned above? It’s harrowing. It’s a long time and it wears people down.

TrunkSpace: How has technology changed your process of putting ideas/script to page? Do you sue the classic paper/pencil approach at all anymore?
Hack: I draw entirely traditionally. Sabrina and most of my covers are hand painted on illustration board. I may tweak contrast/brightness in Photoshop, but otherwise it’s all paper/pencil for me. But the technology is still invaluable. To scan/prep/letter and upload the art to publishers is the absolute best thing to ever happen to deadlines. We are spared a few shipping days and trips to the post office.

TrunkSpace: What advice would you give another young aspiring artist who is considering a career in the comic industry?
Hack: Keep practicing, keep learning, keep going.

TrunkSpace: Making appearances at conventions: Love it, leave it, or a combination of both?
Hack: It is always great to meet fans of the stuff I do. I hate the traveling side of it, but it’s worth it to hang out with fans and friends.

TrunkSpace: What is the craziest/oddest thing you’ve ever been asked to draw as a commission?
Hack: In the early days of eBay, I did commissions by auction. Every single winning bidder wanted some sort of fetish art with their character of choice. Those ranged from topless Catwoman to Superman with a noticeable erection. But none of that is that weird by contrast to the rest of the internet.

TrunkSpace: What else can fans of your work look forward to for the rest of 2017 and into the new year?
Hack: My cover for “Betty and Veronica: Vixens” #1(Archie Comics) comes out on November 15. My cover for “Kong on the Planet of the Apes” #3(Boom!) comes out in December. “Chilling Adventures of Sabrina” #9 is being worked on now and will be out early 2018. And I’ve got a bunch of cool stuff lined up for 2018. More covers (on some really unexpected books!) and some side projects that I’ll be doing interiors on. You can find out more by following me on the social media of your choice. 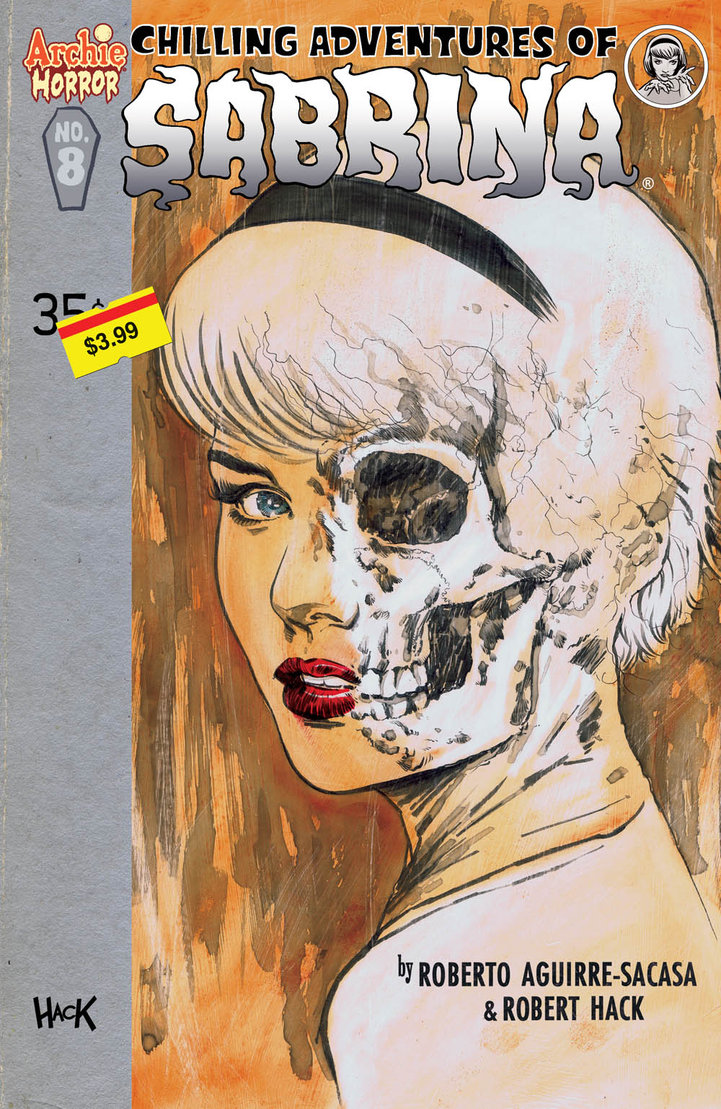