Not many bands have the creative stamina and indie credibility of Reverend Horton Heat, but then again, not every band has Jim Heath at the helm. With over three decades of writing, recording and touring under their belts, the psychobilly pioneers are showing no signs of slowing down, releasing their 12th studio album, “Whole New Life,” just a week ago on Victory Records.

We recently sat down with Heath to discuss the importance of persistence, inflatable reindeer, and why he’s looking forward to taking guitar lessons before hitting the studio for the next record.

TrunkSpace: “Whole New Life” is the 12th studio release for Reverend Horton Heat. How do you feel this album sets itself apart from your previous albums?
Heath: It’s the most positive album I’ve ever done. Some of my stuff in the past was dark, maybe too dark. I guess I’m not the awful vindictive jerk I thought I was!

TrunkSpace: A dozen albums is no easy feat. What has been the Reverend Horton Heat key to musical longevity? Is there a secret sauce?
Heath: Well, I’m not sure. Luck is part of the equation, but not as important as persistence. I’m not giving up – ever.

TrunkSpace: Speaking of longevity, you’ve stated that you’re on the Willie Nelson retirement program, meaning, you’ll never retire. As fans, we couldn’t be happier to hear that. Is it just as exciting for you to step onto the stage or slip into the studio as it was when you first started your musical journey? What keeps you going?
Heath: I actually enjoy playing music now more than when I was younger. Back then, there was always the pressure to perform well. Getting 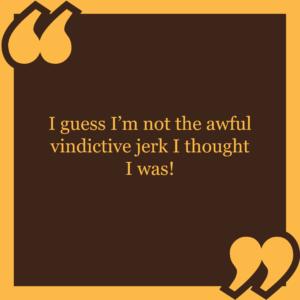 asked back for a return gig, agents, label reps and all that made every gig pretty important. Now, none of that stuff matters much at all. I get up there, let it rip and have fun, even if it’s 20,000 people. That being said, I don’t enjoy the travel as much, but that’s what has to be done. I do still love hanging out with the guys in my band and crew. We have a lot of fun joking around and stuff.

TrunkSpace: It’s difficult to say what the future holds though change is always a part of the equation. How do you feel your music – both lyrically and sonically – has changed over the course of your current 12-album journey?
Heath: Well, I think I’ve gotten better as a singer and storyteller. Certain aspects of my guitar playing have improved as well. But in general, there’s a lot of my style that is there and will always be there as long as I’m breathing. I’m still trying to improve though. I got a vocal coach before I started writing this new album. I’m going to keep going to him when I can, but I’m going to focus on guitar playing before the next one. I’m going to take guitar lessons Omaha.

TrunkSpace: Do albums become a bit like chapters of your life? Does it become, “Those were my ‘It’s Martini Time’ years and those were my ‘Revival’ years?” Are they musical yearbooks?
Heath: Maybe in a way that is subconscious. But in all honesty, I’m a fifties singles kind of guy more than a seventies concept album kind of guy. So, I’m more song by song. If I feel I’ve got a good song that doesn’t necessarily fit into the scheme of the album I’m still going to put it on there if it’s better than the ones that I think are weaker. In all honesty, sometimes the songs I think are not that strong are the ones people like.

TrunkSpace: The band tours relentlessly. With all of that time out on the road, do you create while traveling or is your writing reserved for specific spaces when you’re tour dormant?
Heath: I’m always thinking of concepts for songs. Either lyrics, a little melody, a chord sequence or a drum beat can hit at any time. Then, I have a little studio in Dallas where I go in and really work the concept into a completed song. I’ll crank my amp up and start caterwauling. I’m sure it sounds terrible, but something good always comes out when I least expect it.

TrunkSpace: With 200 shows annually, do you still experience firsts when you’re touring? Is there still some magic to be found beneath the wheels of that bus?
Heath: Yes. There’s always something new. Actually, we only play about 150 shows a year. Yesterday the new thing was that we have a giant inflatable Rudolph the Red-Nosed Reindeer that’s 10 feet tall. It’s huge. We got a lot of laughs yesterday setting that thing up. 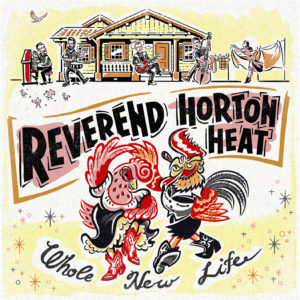 TrunkSpace: Your music is so infectious it could make Bernie from “Weekend at Bernie’s” get up and dance! When you set out to establish your sound all those years ago, was there a plan of attack or did the band’s sonic identity come together organically?
Heath: I wanted to have a fun band and play fast rock and roll songs and fast rockabilly and country type stuff too. So, I had this in my head before I even started the band. My albums have slow songs that I think are some of the best songs I’ve ever written, but live we don’t play very many slow songs. We keep the energy as high as possible.

TrunkSpace: Every time we fire up our phone, television or computer, it seems we are bombarded with terrible news that gives us yet another reason to escape through music. Having a band like Reverend Horton Heat around during those moments is a breath of positive, foot-tapping, fresh air. Is playing music as much of an escape for you as it is for the audience to listen?
Heath: Yes. After I read the news in the morning, I escape by reading about recording techniques, and recording equipment. I’ve built some microphones and microphone amplifiers. Then I go to my studio and listen to music, practice and record. The worst thing I can do is go on Facebook. That ruins my day. I feel sorry for people who are trying to learn to play a musical instrument nowadays. The smart phones are such a distraction. When I was a kid learning to play music, all we had was a television with only five channels, a radio and a record player. So music was kind of all we had.

TrunkSpace: What do Reverend Horton Heat fans have to look forward to in 2019? What’s next on the Willie Nelson retirement program?
Heath: This year is going to be deep into promoting the new album “Whole New Life.” We’re playing Viva Las Vegas Festival this year. Also, Summerfest in Milwaukee. Weâ™re going to Canada. Probably doing videos and such…and a lot of joking around.