From the Florida-based punk band Thick As Blood to trading punches with Jennifer Garner, musician-turned-actor Randy Gonzalez is riding an incredible wave, a wave that is expected to surge even higher heading into 2019. His latest project, the revenge thriller “Peppermint,” arrives on Digital HD from Amazon Video and iTunes on November 23. (Blu-ray and DVD will follow in December.)

We recently sat down with Gonzalez to discuss the parallels between music and acting, the reason he was paying close attention to how certain scenes were shot during production of “Peppermint,” and why he never gets bored working in such a creative medium.

TrunkSpace: Chicken or the egg question. Which creative love came first, music or acting?
Gonzalez: Music came first. I started playing music when I was a teenager. I picked up the guitar and just fell in love with it. Watching punk rock videos on MTV2 and then eventually, with just a bunch of friends, we started a band and then somehow we got legitimate and we ended up getting signed and going on tour and went around the world, which is crazy to think.

TrunkSpace: Have you discovered any parallels between creating in a band and creating in front of the camera?
Gonzalez: Yeah, they’re pretty similar. It’s really the creative freedom of just going for it. Just having no fear, not holding back and just going for whatever it is. And I’ve also noticed a lot of parallels in the industry side of it – not being afraid to reach out to people or to email people.

TrunkSpace: Are you somebody who, in terms of your film and television career, sees yourself taking on more of a content creator role and controlling your own destiny, like you have in music?
Gonzalez: Yeah, definitely. That’s already starting to pan out. I actually wrote and directed a short film and it just got accepted into its first film festival, which is the Official Latino Short Film Festival at Coachella. There will be a lot more projects. I’m excited for that.

TrunkSpace: Between your recent film “Peppermint,” the short you directed, and all of the various projects you have due up next year – it 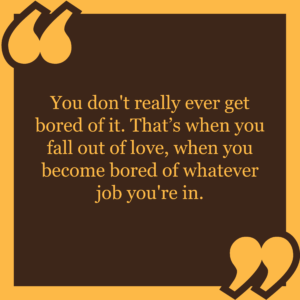 has to be a crazy exciting time right now.
Gonzalez: Yeah, totally, which is cool. It comes in waves. I feel like, what I’ve learned, whenever you get a wave, you just run with it. Just ride it until it dies down.

TrunkSpace: Are you somebody who tries not to attach any kind of expectations to a particular project?
Gonzalez: Yeah, I try not to because you never know how a job is really going to pan out. Sometimes you work on something and you think it’s going to be huge and then once it’s released it ends up going a different direction. You just try to do your best when you’re on the set – give your best work.

TrunkSpace: And when it comes to the most recent work, in “Peppermint” you play a hitman, correct?
Gonzalez: Yeah. He’s an evil character without a doubt. One of those dudes that has no remorse – a young hitman for a gang. There’s no remorse on the page, it’s just very violent and brutal and that’s definitely what transferred over onto the screen. I looked even way crazier than I normally do ’cause they covered me in tattoos – like full on face tattoos, chest, arm, everything. My hands! It was a cool little transformation.

TrunkSpace: Being a director and content creator yourself, what did you take from the experience of shooting “Peppermint” that you’ll apply to the rest of your career moving forward?
Gonzalez: There’s definitely a lot. I learned a lot about shooting fight scenes ’cause I have a pretty intense fight scene with Jennifer Garner in it, her character, Riley North. I had never really been in that intense of a fight scene, so you learn the different set ups you have to do in a fight. A fight scene could only be one minute on screen, but literally, it will be a 10 hour shoot just for that little fight scene. So just how many camera set ups, how, if you’re shooting in a car they have to remove doors, they have to remove windows just to be able to get certain shots – little insert shots of the punch landing. So I was learning all of that.

And then I did learn a good amount of things from the director, Pierre Morel. He does some cool things. He mixes film format with digital formats, so he’ll do a few shots with a really old camera – a film camera, and I’m talking really old. He literally had to hand crank it. He was like, “This will add a different effect where it makes it look like she’s kind of losing her mind and that transfers over with the flickering of the film.” I definitely did learn a few interesting things that I think I’ll pick up and be able to use throughout my career.

TrunkSpace: You mentioned the fight scene aspect, and really, action is one of the more technical film genres to shoot. Like you said, it takes so much to sometimes get so little.
Gonzalez: Yeah. It’s insane because there has to be so many departments coordinating. That fight scene was being worked on before I was even hired. The stunt coordinators were already doing previews of it, where they shoot it, they rehearse it with just stunt performers and then they send that to the director, and then he sends it to the studio and then once they approve that, then it moves on to choreographing with the actual people involved… Jen, myself, or the stunt doubles and what not. Something that is a minute could have been worked on months ahead of time, just a little chase scene or a shoot out scene, things like that.

TrunkSpace: You’re working on a new television series that’s due out next year. I’m curious what you can tell us about that and what your experience has been like thus far with television as it compares to film. Is it more fun as an actor to do the long play with a character?
Gonzalez: Yeah, it’s cool. It’s definitely cool to be able to visit a character throughout a few years. On “Bloodline” I was able to do three seasons, so that spanned over three years, so it’s cool to be able to come back with the same character every once in a while. The new series I’m in, it’s called “David Makes Man.” It’s created by Tarell Alvin McCraney, who was one of the writers on “Moonlight” and he also won an Oscar for that. He’s an extremely talented writer. It’s kind of a coming of age story with this character named David, the central character, and I play a math teacher, which is very cool. It’s very different from my character in “Peppermint.”

TrunkSpace: That’s the beauty of the industry, right? Each job – each day – is different.
Gonzalez: Exactly, yeah, it’s beautiful. You don’t really ever get bored of it. That’s when you fall out of love, when you become bored of whatever job you’re in.

TrunkSpace: Is music still something you love? Does it remain a part of your life?
Gonzalez: It kind of fell out for a little bit, but just earlier this year, I bought a little home studio so I’ve started messing around with that aspect of my life again. It’s cool. It’s rekindling an old love. I’ve got a little bit of keyboard set up, set up my guitars and everything, so who knows… I might be releasing stuff in the future.