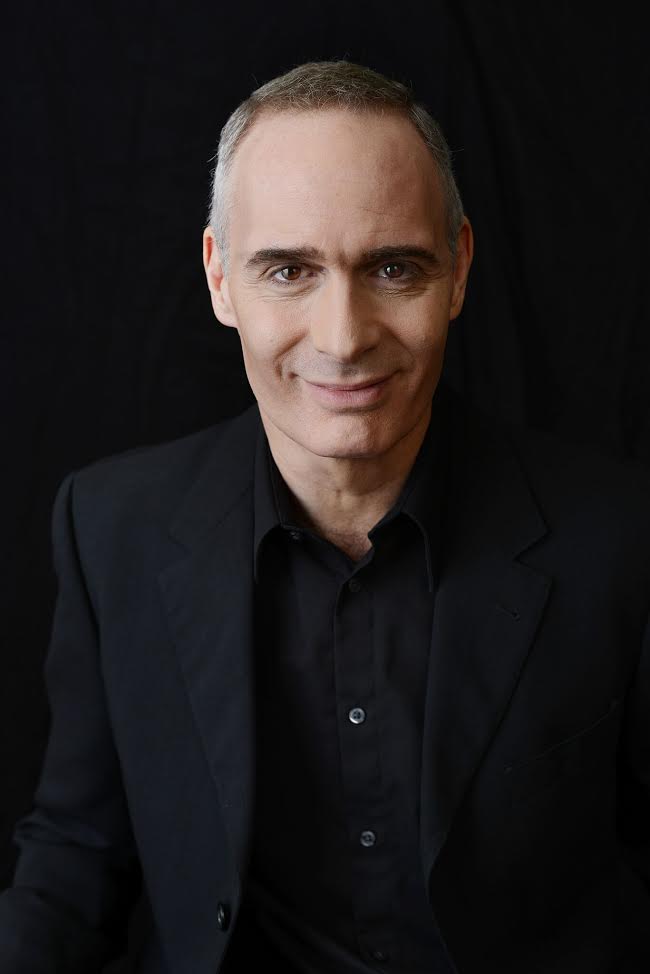 Chilling Out is where TrunkSpace talks all things horror and genre with those who work on the projects that give us the thrills and chills to keep coming back for more. This time out we’re talking with Paul T. Taylor who is stepping into some very big leather shoes as the iconic character Pinhead in the upcoming “Hellraiser: Judgment.” Taylor knows he faces an uphill battle with diehard fans of the franchise because he himself is one, a fact that is not shared but heard in the excitement in his voice. (He also owns all of the “Hellraiser” action figures and took one to his audition, so his fanboy status is not in question.)

We sat down with Taylor to talk about playing a horror icon, his dreams for becoming the next Bela Lugosi and how being creepy is good for his career.

TrunkSpace: The internet can be a scarier place than the worlds created in horror movies. Were you at any point worried about what the reaction would be from fans of the franchise in terms of accepting someone other than Doug Bradley in the role of Pinhead?
Taylor: Oh yeah. I was warned from the very beginning about that. My first meeting with Gary J. Tunnicliffe, the director, when I went out to LA to get my head cast done so they could do the makeup… or actually maybe it was a conversation over the phone even before that… he said he had my back and that he was on my side, but he did warn me that the hardcore fans were going to be brutal. So, I went into it with open eyes and an open mind. I’m not afraid of anybody. I mean, it’s just words and, you know, words can hurt, sure. If they see the film and they don’t like me as Pinhead, that’s their prerogative to spew hate, but really, every actor is different. As much as I’m going to try to do sort of an homage to Doug Bradley’s Pinhead and “Hellraiser’s” history, this is a new film and I’m a different actor. I can’t be Doug Bradley. Hopefully I bring myself to it and people like what they see. I just hope that I’m appreciated in the role for the work I did do. I really, truly believe that more than one actor can play one role… in any case. There are so many actors and so many talented actors, it’s silly to think that only one person could play the Frankenstein’s monster, for example. Look how many people played him. So, yeah… people are entitled to their opinions, but I’m not worried.

TrunkSpace: It does seem that Pinhead hit and resonated at a time when there were iconic horror characters that were specific to a specific name as opposed to Frankenstein’s monster or the Wolfman, for example. Freddy. Jason. Michael Myers. With those characters, including Pinhead, it seems that fans are more attached to their origins.
Taylor: Yeah. And that makes sense. I guess part of the reason Frankenstein and Dracula and all of those… these were great works of literature. Of course, in my opinion, so is “The Hellbound Heart,” which “Hellraiser” is based on. I think it’s just freakin’ brilliant. But, maybe that had something to do with it. This was most people’s first exposure to these particular characters. Most people had not read “The Hellbound Heart” when the movie was produced. It was a totally different time period and it was also when horror… fantasy horror of this type like “Hellraiser” and “Friday the 13th” and of course “A Nightmare on Elm Street”… and even “Halloween” to a certain extent because it was supernatural. I think it was the whole genre of fantasy horror and these wildly original character with this crazy, brilliant make-up design. I think it was different in that regard. It was just a different time period and horror became more sophisticated when this came out. And now it’s even more sophisticated than that. It’s like, what really scares you? It’s hard to get scared these days and so many of these characters, later in their lives of doing sequels and stuff, sometimes they become a parody of themselves and that’s when, I think, they sort of die and people get tired of the franchise. I’m hoping that this particular 10th film on the 30th anniversary year of the original “Hellraiser”… I’m hoping that it brings back some of that original Clive Barker flavor. I really think the script does. I just have a lot of hope for it.

TrunkSpace: Some fans who have been following the franchise for decades may never accept a new actor in the role of Pinhead, but does this chapter offer NEW fans, those unfamiliar with the franchise, an easy jump on point?
Taylor: I think so. Some people may not understand exactly who Pinhead is. They may want to go back and look at “Hellraiser” 1, 2 and 3… maybe even 4… and see some of the history. But, at the same time, it is a new chapter. It’s an unexplored part of Hell, I would say, introducing some new characters and some new mechanisms behind where Pinhead and all of that comes from. And, it’s also a jumping off point for a sequel following this one that could continue the story that it tells because it’s a true “Hellraiser” script with a beginning, a middle, and a sort of ambiguous end. And these new characters they introduced could be in future “Hellraiser” films. I can’t talk about them. I’m not supposed to because that would be giving spoilers away. But, I think people are going to be fascinated with it and the gore elements that we get from like the “Saw” movies and the things that are total, what I would say, on the border of horror porn, there’s some elements of that in it and that will please many “Hellraiser” fans and many fans of just what contemporary horror can be these days where it’s just a gross-out.

TrunkSpace: Like you said, this is the 30th anniversary year of the first film. Technology has changed a lot since the original and those advancements bring a heightened realism element to those gross-out moments.
Taylor: Exactly. “Judgment” is using, of course, real effects, but also there is a possibility of using CGI. I don’t know how much CGI is used in this. I only know that where I shot, we used real effects, which I was really happy about because, I mean, you go back to the first few “Hellraiser” movies and that’s all real effects. It’s like REALLY well done.

TrunkSpace: And that stuff always stands the test of time. As CGI advances, the CGI that came before never really holds up to what the CGI of the present looks like.
Taylor: Yeah. CGI is so brilliant now. They could do the whole film in CGI and make it look real, but that takes quite a budget. I don’t know. I don’t know anything about that stuff, really. But, I prefer real effects over anything. If you can make that stuff look real… there you go.

TrunkSpace: Those real effects are the ones that always stay with you. The scene in “The Howling,” for example, where Karen transforms on-camera. Those are the visuals you remember.
Taylor: Oh my God! Yeah! And also, “An American Werewolf in London.” I mean, granted there was some CGI to connect the dots, but I think that it was just cutaway and new model, cutaway 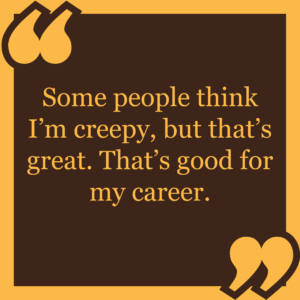 and new model. The workings of it were so brilliant. Just like the workings of the transformation of the original “Hellraiser” film when the blood first goes under the floor in the attic and they went and added to the budget so they could do that transformation. And it’s all real effects and it’s so good. It’s just so gross and wonderful. I loved it.