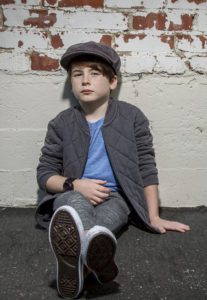 Disney Channel star Paxton Booth didn’t get into acting for the recognition, he got into it because it’s fun. As part of the ensemble of the new hit series “Coop & Cami Ask The World,” the fun is emphasized thanks in part to seeing his character Ollie Wrather grow on-screen, while also having the opportunity to do his own stunts, including taking flight in a wing suit.

We recently sat down with Booth to discuss the popularity of the series, which Tim Burton film he’d have liked to star in, and the most cherished item in his Hot Wheels collection.

TrunkSpace: Congrats on the success of your new series “Coop & Cami Ask The World.” Are you surprised by how well it has been received or did you anticipate that people would tune in and enjoy it?
Booth: Thank you! After reading the first few scripts and seeing how the characters are developing, I knew it would be a good family show. It is definitely something my family would sit down to watch together.

TrunkSpace: In the series you play Ollie Wrather, the youngest of the Wrather family. He is a character who speaks his mind. What do you enjoy most about getting to play Ollie, especially over a long period of time? (We believe you’ve shot 20 episodes already, correct?)
Booth: We just finished shooting Season 1, which was twenty-one episodes! Ollie is such a fun character to play because he has no filter. It was fun to say things I wouldn’t normally say. Playing Ollie gave me the chance to do a bunch of stunts, which is something I’ve never done before.

TrunkSpace: Is it fun getting to stay with a character for that long – seeing him grow and develop over time?
Booth: Yes, it is great to play a character that actually grows up on screen! I’ve been on projects where you don’t get to play with 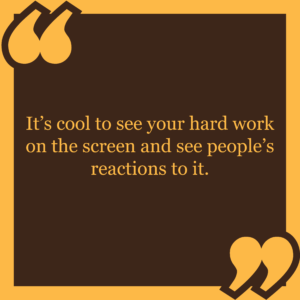 the character much, so this has been awesome to be able to put my own spin on him. You can see his character develop so much from the pilot. The first few episodes didn’t have much of a storyline for Ollie, but he slowly grows and gets more involved in each episode. I really like how Ollie and Fred start to bicker as the season goes on.

TrunkSpace: What was the most exciting thing you got to do while shooting the first season of “Coop & Cami Ask The World?”
Booth: All the stunts were a lot of fun and exciting. One of my favorite was getting to fly in the air in a wing suit. We were lucky to have such an awesome stunt coordinator, Danny Wayne, to teach me how to be safe and always made sure I had fun.

TrunkSpace: Disney Channel is known for turning young actors into big stars. Are you prepared for the attention that could come with the success of a big Disney Channel show?
Booth: I haven’t really thought about it too much. I was so young when I started acting – I did it because it was fun, not to get attention. I don’t mind when people recognize me and say hi, it’s pretty cool.

TrunkSpace: We read that you are a big Tim Burton fan. If you could have starred in any Tim Burton movie, which one would you have liked to have been involved with and why?
Booth: I would have loved to been in “Miss Peregrine’s Home for Peculiar Children.” Being the character of Barron, played by Samuel L. Jackson, would have been awesome. Playing the bad guy would be a big change and challenge. His character eats eyeballs in the movie and makes it look delicious.

TrunkSpace: You have been acting since you were 2 ½. What do you enjoy most about getting to perform and work in film/television?
Booth: I really like meeting new people. It’s cool to see your hard work on the screen and see people’s reactions to it. Plus, I get to play pretend every day! 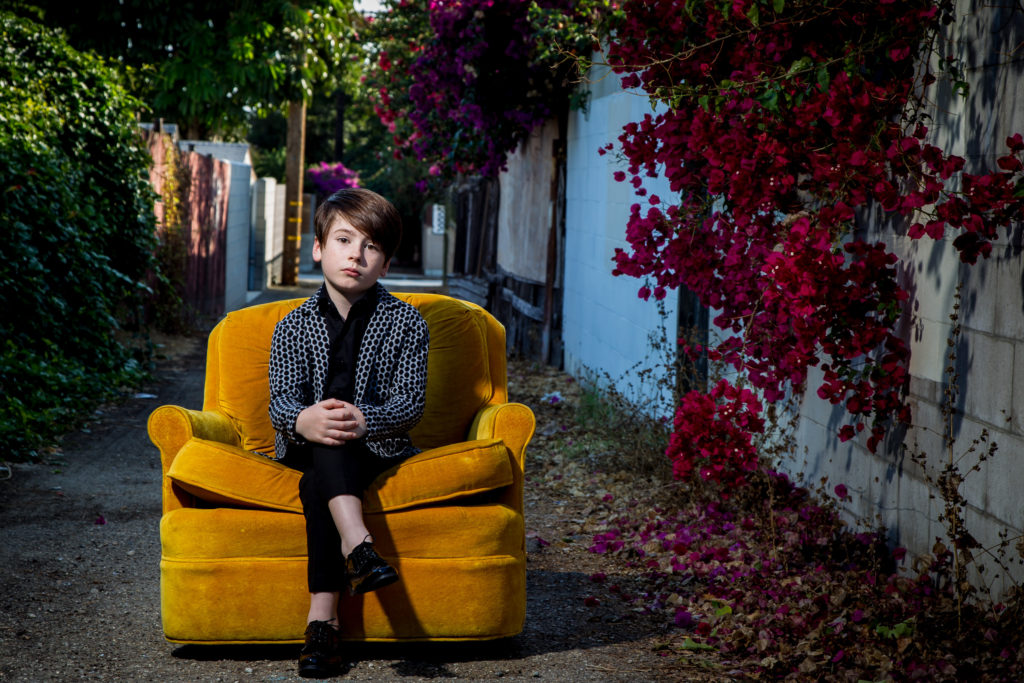 TrunkSpace: You’re a Hot Wheels collector. What’s the prize car in your collection, the one you were most excited to get your hands on?
Booth: On the last shooting day of Season 1, one of the camera operators gave me a Hot Wheels from his personal collection he’s had since he was my age. It’s a fire engine from 1969 that has a really cool fire ladder and it’s in awesome condition. I really like collecting the classics, but when they have a personal story that’s even better.

TrunkSpace: Finally, Paxton, we know you’re still so young, but have you thought about what kind of career you want to have in the future? Have you set goals for yourself in terms of your acting and other creative endeavors?
Booth: I’d love to continue acting and eventually get into doing films. I’ve really started to become more interested in learning what’s going on behind the camera, too. I’d love to shoot some high fashion editorials and start my own fashion line someday, too. But like you said, I’m still young, so my future is wide open!