A girl is a serious actress in the new Blackpills series “A Girl Is A Gun.”

That girl is Nikki Leigh, and for the California native who began her career as a model, it has been a difficult journey convincing those in the industry that she is more than just pretty face. With her riveting, emotionally-heavy performance as Santa Fe in the 70s style action fest, she has proven all of those second-guessers wrong and paved her own path to a future fraught with opportunity.

We recently sat down with Leigh to discuss what drew her to the project, how it took a toll on her emotionally, and why she’d like to thank all of those who allow others the chance to show a different side of themselves.

TrunkSpace: “A Girl Is A Gun” has a very sort of a 70s, noirish feel to it. What was it about the series that peaked your interest when you first read it?
Leigh: Just the power behind it first and foremost. The power behind it and the fact that it’s very women-driven. I think that it’s just a very powerful message, and it really is going with the times that we’re living in right now. I thought it would be really cool if we can give a visual effect and something that someone can watch in order to really spark that women empowerment.

TrunkSpace: And what is great about that is that while it’s no doubt there, it’s also disguised within the content, so people can take from that what they will and find different things that inspire and entertain them.
Leigh: Exactly. And I appreciate that so much more when you allow somebody to kind of personalize it and really just have it become something that they believe in because that’s what they found within the story.

TrunkSpace: From a perform 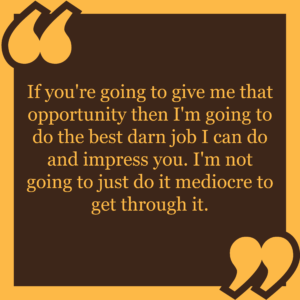 ance standpoint, you had some very heavy scenes. Did the character provide you with any personality traits that you had yet to explore on camera?
Leigh: Yeah. I mean, she really does go through a really difficult time and that was something that actually, thankfully, I’ve never had to experience. But at the same time, it is one of my biggest fears, which I’m sure most women could agree with me on, the fact that the thought brings them to cringe. So to play someone so disconnected and so empty in that way, it was a bit of a challenge and actually took a toll on me for a little while. Prepping up to it, knowing when that scene was, and what day, what week, I was really, really on edge in my personal life. I was constantly apologizing, kind of for being not the real me at that moment. I apologized to everybody I was a little short with because I was just like, “Oh my God, I’m prepping for something and I’m really nervous about something that I’m about to experience.”

To be 100 percent honest with you, when we ended up shooting that, after the first take, I completely blacked out. I couldn’t figure out what was real and what was fake. And I just remember once the director yelled, “Cut!” that… first off, no one heard him yell “Cut!” the first couple of times… but there was so much commotion and so much going on and everyone was so deep that eventually they had to come out and literally pry the guys off of me. I literally was crying and went into a fetal position and someone came out, I remember, and draped something over me and left me there for a little bit because I completely disconnected from what was real and what was not.

So, yeah that one was really, really extreme for me. 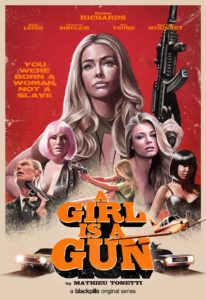 TrunkSpace: Are you somebody who can normally leave those heavy performance moments on set at the end of the day? Was this one just so emotionally-draining that it was impossible not to have it carry with you?
Leigh: Normally I can kind of jump back and forth pretty quickly. And so this one actually, just kind of not knowing what was happening in the beginning, the way that I found myself to be very sensitive about the situation, it did take me a little bit of time to jump out of that character and that positioning. You do it a couple of times and, I don’t know, it really became something where I was like, “Let’s just get it done. I’m in this emotionally and all that, so let’s just hurry and get through it.”

Yeah, I mean it was very extreme, but like I said, I didn’t really realize what was reality and what wasn’t the first couple of times. I guess I had to experience something new to where I couldn’t just jump out of something like that. So, it was pretty extreme. I had every guy afterward apologizing to me. I’m like, “No, no, no. It’s okay. This is what we have to do right now, this is our job.” People walked out of the room. People literally left set and was like, “I can’t do this.” It was extreme.

TrunkSpace: The series airs on the Blackpills app. With so many different original content platforms and networks now available to consumers, is it just as important to educate people on the outlet as it is the series itself so that they know where they can view it?
Leigh: Of course! Yeah, Blackpills, it’s actually an amazing app. I have it on my phone, of course, and I was watching my show on it and watching everything. There’s some really badass content. Blackpills is very popular worldwide, especially in France, which is really cool. It’s such a cool concept too because it’s supposed to be kind of that drug. Everyone can say that Netflix is definitely a drug. I mean, people disappear, we don’t know where they go. (Laughter)

TrunkSpace: With so much content circulating now and actors taking the reigns more on the development side, do you see yourself as someone who will develop your own content down the road?
Leigh: Oh yeah. I feel like that’s everybody’s dream. I’ve actually been really interested recently in figuring out how to write – to properly do it. Who wouldn’t want to make their own content and be something that they really always wanted to be? Or to tell a story they’ve always wanted to tell? I really think that that is a very powerful thing nowadays, to be able to have your own camera and your own crew and do your own thing and show the world what you’ve got. Otherwise, you’re only going to get so many opportunities.

TrunkSpace: Speaking of opportunities, we know that acting is your primary focus nowadays, but you actually started out modeling. Do you feel like you had to work extra hard to be seen within the industry as a serious actress as opposed to a model who wanted to act?
Leigh: 1000 percent! Yeah, actually you nailed it. It’s been a very difficult road. I always welcome a challenge, but you never know how other people are going to take it or if they’ll have preconceived notions. So, yes, it’s been a trying time, but at the same time, I really love what I do. I believe in what I do and I have great relationships with the people that I have worked with and great relationships with people in general. I’m not too worried about it. I can’t worry about it. I’m very much about positive energy and manifesting your own kind of destiny. If you don’t believe it, who will?

TrunkSpace: And the old adage of work begets work in the industry really does ring true, right?
Leigh: Exactly. And you know who I really love to thank are the people who give actors, or just anybody really, an opportunity to show a different side. I know it takes a lot for those people to maybe even go against some people who are saying. “No way!” It takes a strong person to do such a thing and to give someone such an opportunity. So, I really do appreciate that. If you’re going to give me that opportunity then I’m going to do the best darn job I can do and impress you. I’m not going to just do it mediocre to get through it. I want to go above and beyond for you.

I am really thankful for this series because it’s serious and I love that. I really do. I mean, comedy is so much fun and it’s such a great, fun set to be a part of in the comedy world, but at the same time, I love being able to tell a story and have a little bit more of an impact in somebody’s emotional mindset.

TrunkSpace: With that “different side” idea in mind, what side would you like to show next? What type of roles do you want to play that you have yet to have the opportunity to play?
Leigh: Superhero! 1000 percent because I have wanted to be a superhero since I was a little girl! I mean, I’m very much a guy’s girl in that respect. Or, anything having to do with sports or something like playing some sort of athlete. I think that would be really, really cool. Not only that but, my father is a retired sergeant, so I think doing something where it’s like “Criminal Minds” or S.W.A.T would be really, really fun and intense. Yeah, anything that’s very powerful. I think I can be very inspired by that right now.

TrunkSpace: So superheroes or rel-life superheroes!
Leigh: Exactly. I didn’t even think about that. Good job, writer! (Laughter)

“A Girl Is A Gun” is available now on Blackpills.