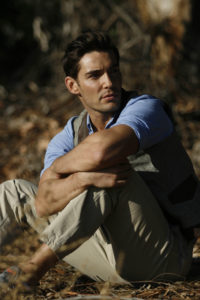 Model and fitness trainer-turned actor Nick Hounslow never imagined a day when his face would be featured on a movie poster, but as the star of the “Christmas With A Prince” franchise, that unforeseen dream has become a reality, now twofold thanks to the sequel, “Christmas With A Prince: Becoming Royal,” premiering November 3 on UPtv.

“I never thought I would be on the cover of a movie poster and DVD box,” he said in an exclusive interview with TrunkSpace. “That’s just mind-blowing to me!”

We recently sat down with Hounslow to discuss seasonal entertainment, accepting his fictional lineage, and working on the mental as well as the physical.

TrunkSpace: First off, we’re suckers for a good Christmas movie here at TrunkSpace. In your opinion, what is it about seasonal selections like your upcoming film “Christmas With A Prince: Becoming Royal” that continues to draw audiences in year after year?
Hounslow: I think people love a feel good movie, one where they can sit with the whole family and enter this wonderful world of Christmas. Who doesn’t want that? As busy as we all are and as diverse as all our jobs and interests, this genre of movie provides a common ground everyone can get on board with and enjoy.

TrunkSpace: “Christmas With a Prince: Becoming Royal” is a sequel that comes directly on the heels of the first film, which was released in time for last year’s holiday season. When you first signed on to play Prince Alexander, did you know this would be a multi-installment commitment to the character or was it a pleasant surprise to find out you’d be returning to the part?
Hounslow: It was a total surprise. A great surprise! The first movie did so well that the network really wanted to get a jump on a sequel.

TrunkSpace: The tag line to the sequel is “The Fairytale Continues.” When you look at your career, do you feel like you’re living out a bit of your own fairytale in terms of how everything is progressing professionally?
Hounslow: (Laughter) Well, I wouldn’t say the entire journey has been a fairytale but for sure the last couple of years I am finally seeing the hard, tireless work pay off! I was once told it is a marathon not a sprint… and ain’t that the truth! I am so excited for what’s to come. There are already some amazing things in the pipeline.

TrunkSpace: When it comes to Prince Alexander, is he someone who you could see yourself hanging out with in the real world? Was it easy for you to find a connection with him in order to give life to the character on screen? 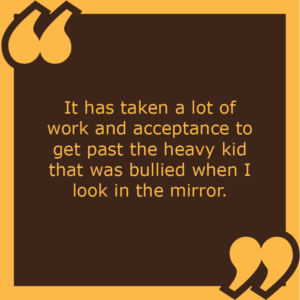 Hounslow: For sure! He likes to have a laugh and doesn’t take life too seriously (most the time). I can relate to that. You can’t take it all too seriously otherwise what would be the point?! However, when it really matters, Prince Alexander can stand up to the plate and is learning to balance both sides of his life/career. Again, I can relate to that. I do think he’d be an easy guy to chill and have a beer with!

TrunkSpace: Speaking of people you hang out with… what do your long-time friends think about you playing a prince? Do they like to poke fun at you for taking on royalty?
Hounslow: Oh yes, I hear NO end of jokes and fun poked at me. They threw me a huge party when the first movie premiered and had everyone attending stand in and recreate the movie poster cover (the role of Dr. Tasha) so by the end of the evening I had a collection of alternative Princess brides in tiaras and a fur shawl. It was hilarious. On the other hand, they mostly believe that, as I am British, I must be at least 176th inline to the throne anyways!

TrunkSpace: You started your career as a model. When you decided to transition into acting, did it take some convincing of people within the industry that you weren’t a model who wanted to act, but instead, an actor who happened to model? Did you have to reinvent yourself?
Hounslow: In the beginning, yes, I was worried it would be hard to convince people of this. However, I quickly learned that you just have to do your thing, believe in your abilities and what you bring to the table, and if people don’t realize it then that is their loss. I remember everyone saying as an actor you have to do this and this and cut your hair more like this and act less ‘modely’. I got so lost in trying to be something different that I became inauthentic and that reads in a casting room. So I just came back to myself and said this is me, yes I modeled and I still do (I just shot a hair campaign for American Crew products) and you either get me or you don’t. It was very freeing and I started booking more roles.

TrunkSpace: Beyond your time spent on-camera, you also work behind the scenes as a physical trainer, working with other actors like Gal Gadot and Julie Benz. With all of the various types of projects you take on, do you view them as part of the same career and all leading to the same finish line, or are they separate in terms of how you manage them?
Hounslow: I love all aspects of my careers. Fitness has been a lifestyle choice since a very early age. I actually found fitness as I was an overweight teen who wanted to change. I taught myself everything I know. I don’t think you need to define yourself by one label or box. Julie and Gal are such wonderfully strong, kind, women who definitely embody having strong careers and a commitment to fitness and health. I love that! I really admire The Rock. He pursues both versions of himself. From fitness game shows to major blockbuster movies. The trick is managing them together. It is a major juggling session week after week but somehow it always works out! 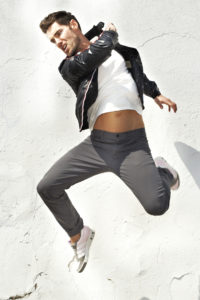 TrunkSpace: We all have our own personal hang ups when it comes to our bodies. As a physical trainer, what advice do you give those clients who have a hard time seeing past what they feel are their faults, and instead, focus on their strengths?
Hounslow: Training is so much more than just the physical gains/losses or what your exterior looks like. I always try to work on the mental aspects of training. I still don’t always see a true reflection today. It has taken a lot of work and acceptance to get past the heavy kid that was bullied when I look in the mirror. Fitness comes in many shapes and forms. I tell clients to focus and find something that you enjoy and that makes you feel good. Whether that is running, spinning, swimming, weight training, yoga, Pilates…. because once you find the activity you love, it doesn’t become a chore it becomes part of you daily life. Then, and only then, will you start to see true results and love what you see. It might not be what you perceived to be perfect based on unrealistic social media images but it will be your perfect and unique to you and I promise you will be happier in the long term.

TrunkSpace: What has been the highlight of your career thus far?
Hounslow: The Prince movies have been such a dream! I never thought I would be on the cover of a movie poster and DVD box! That’s just mind-blowing to me! There are so many highlights I’ve loved! Working on the Shonda Ryhmes/Shondland show “The Catch” was incredible. The showrunner Allan Heinberg was amazing and so great to work for, coincidentally he wrote the first “Wonder Woman” movie starring Gal Gadot. I trained Gal earlier this year and my sister was personal makeup artist to Chris Pine. I love how small this world is – it is all intertwined. In high school art class we had to pick a female celebrity to paint. I chose supermodel Claudia Schiffer. Cut to 11 years later. I book a L’Oreal commercial with Claudia. She was amazing and so nice! The day we were shooting in LA my sister was on a night shoot in London for one of the X-Men movies being directed by Claudia’s husband Matthew Vaughn! What are the chances! I love these kind of moments.

TrunkSpace: Time machine question. If you could jump ahead 10 years and get a glimpse of what your career looks like a decade from now, would you take that journey? If not, why?
Hounslow: I would not. I like to live in the present. You cannot look back as that time is done. I don’t want to ruin the surprises for the future. Right here right now I am sitting in my house in Los Angeles typing about a career I couldn’t have dreamt possible when I was younger. I still have moments where I’m like, “How did this happen?!? This is WILD.” So for now, I shall not use a time machine and stay here very content.

“Christmas With A Prince: Becoming Royal” premieres November 3 on UPtv and is available for preorder here.