It’s that time again. Let’s sit back, relax, and take a trip down memory lane with those individuals who inadvertently played a role in our childhood. This time out we’re chatting with Scott Nemes, who as a child, starred in “It’s Garry Shandling’s Show” and “The Wonder Years” while also making guest spots on memorable series like “Punky Brewster” and in the film “St. Elmo’s Fire.” Currently, Nemes oversees original programming for Cinemax.

TrunkSpace: You have had an incredible career both in front of and behind the camera. Can you tell us a little about that path and how your early acting days shaped your approach in how you do your job now?
Nemes: In terms of the track, I acted until I went to college and then decided my passion was in jobs behind the camera. I really built a career, starting in the feature side for 15 years and then segued into TV about five years ago. I think where my past experience lends itself is that I have a real familiarity with the sets and how they work and how productions work from a different perspective. And I’m able to communicate, having done different jobs in the businesses, in a different way with creators and actors. It just helped me with gaining perspective.

TrunkSpace: So what was it that drew you to those jobs behind the camera? Was it seeing how it worked while you were acting?
Nemes: It was. When I was acting, I would often befriend the director and when I wasn’t in school, sit next to the camera and observe and watch and sit at video village and digest what was going on around me. So, I always had an interest in it, and then when I got to school I produced a couple of short films and really developed a passion for being involved in a project from its inception through getting made, as opposed to just being, albeit sometimes high profile work, for hire in front of the camera.

TrunkSpace: Because you had already established yourself as an actor and because people may have seen you as that, do you feel like you had even more to prove when you started your career in production?
Nemes: No, I never felt that. Although, even though having been an actor, it gave me a unique perspective as I mentioned earlier, I don’t think it ever gave me a leg up either. I don’t think it helped either way, in terms of my trajectory. In fact, my very first job in the business post-college was working for Kathleen Kennedy and Frank Marshall as a PA (production assistant), and Frank produced the very first film I was in when I was seven-years-old, which was “Twilight Zone: The Movie.” So it was a bit of a unique situation being with Frank again. It was a lot of fun.

TrunkSpace: Cable television gets an incredible amount of attention and respect these days, but that wasn’t always the case. Do you ever look at your series “It’s Garry Shandling’s Show” as a pioneer when it comes to cable television? 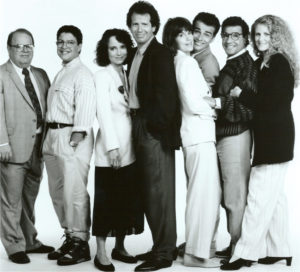 Nemes: Absolutely. I actually think that show, if you ask anybody involved in it, was way ahead of its time. Even though it had a great deal of success, it was nowhere near the mainstream, zeitgeist-y hit that I think it would have been five or 10 years later. And I do think, when I look back on the show and look at the limited cable landscape and how they had the thing called the ACE Awards, which were cable TVs version of the Emmys, and eventually that all went away and it all got merged into one Emmy platform… that seemed to me to be the signal that it was all mainstream.

TrunkSpace: The theme song to “It’s Garry Shandling’s Show” is so iconic and infectious. Has that been one of those things that has sort of followed you throughout your life?
Nemes: Sure. It’s such an iconic song and it absolutely follows me around. I love it. It’s great. Alan Zweibel, one of the co-creators of the show, tells the story of how the song came to be written in an elevator up to a meeting in which he and Garry had to have a theme song ready and they didn’t have anything ready. (Laughter) So, it was as simple as that and it was a genius idea.

TrunkSpace: In the show you portrayed Grant Schumaker. Was that the longest time you spent portraying a single character as an actor?
Nemes: Yeah, that was the longest I was on a show. I did it for four seasons. I was on “The Wonder Years” as a recurring role for two seasons and then did a bunch of guest roles in films, but yeah, that character was the longest running character for me.

TrunkSpace: It must be interesting for you now because you can look back and sort of see yourself growing up on film.
Nemes: What’s interesting is showing it to my kids. I’m able to show them what daddy looked like when he was their age, at least with my oldest son. And it’s been fun watching it through their eyes. And while they may not get some of the more adult humor, it’s fun seeing Dad as a kid. 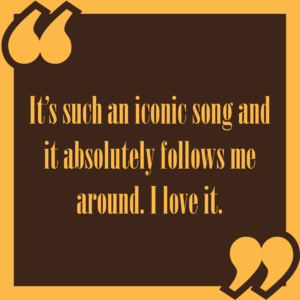 TrunkSpace: Garry Shandling is a legend in the business and in comedy, but at the time, he was still building his legacy. What did you learn from him, either directly or through osmosis of just being on set with him for those four years?
Nemes: What Garry taught me as a performer was, be ready for anything. He would often times go off script in the middle of a taping in front of a live studio audience and you’d have to follow him. I think that really taught me the skill of being flexible and improvising and really helped me as an overall performer.

TrunkSpace: What was so cool about that show, particularly in that time period where television wasn’t as admired as a medium, was that you’d always see big actors doing cameos.
Nemes: Garry had a lot of friends, and Alan Zweibel, haven written on “Saturday Night Live,” had a lot of deep connections like Gilda Radner and Dan Aykroyd. Folks like that. So, they were able to somehow convince all of their celebrity friends to come do cameos. It was a really amazing group of cameos, but not only in front of the camera, but also behind the camera. The talent assembled on that show, I would venture to assume hasn’t been seen in TV… in terms of the young writing talent behind the camera. The writers are now a who’s who in television and feature comedy.

TrunkSpace: You mentioned your work on “The Wonder Years” earlier and we can’t help but think that either before or since, no other series has really portrayed adolescence in such a real and genuine way. Do you think that’s one of the things that made that show such a hit?
Nemes: I think that the biggest strength of that show was in the tone and, how you say, real they made it. It was real. It was funny. And it was emotional all at the same time. I think that’s what grabbed a lot of people and that’s a really difficult thing to pull off in a series or a film. I think “The Goldbergs” is the most current example of something that has attempted a version of “The Wonder Years” and to a lot of success. People really like it, though I think that show is less emotional and more comedic-based than “The Wonder Years” ever was.

TrunkSpace: “The Wonder Years” was also taking place at a time in our country that may have forced the hand of that more serious tone.
Nemes: Absolutely. My oldest son watches “The Wonder Years,” now 20-something years later, and he’s able to relate to Kevin and all of the other characters on the show.

TrunkSpace: Do you ever get the itch to go back in front of the camera again?
Nemes: I don’t. I feel like that was an amazing chapter in my life that I look back on fondly, but I’m really entrenched in my career and love what I’m doing now. Even though I have all of the respect in the world for actors, it’s not something I feel like I want to back to.

TrunkSpace: Can you explain to people a little bit about what you do now in your current position?
Nemes: I am a programming executive at HBO, which owns Cinemax. I am a part of the team that programs original drama series for Cinemax. My current job is to identify, develop, and help oversee our original series slate.

TrunkSpace: What is the approach to creating a slate of shows and giving them the best chance at finding an audience in a day and age where the TV landscape seems to be continuously changing?
Nemes: The TV landscape is changing very rapidly with the addition of steaming platforms and all the different linear entrance into original programing. Our CEO Richard Plepler always says, “play our game.” I think in order to be successful, I think we just need to make the best version of the show that we can. And I think, ultimately, best content wins.

TrunkSpace: Does the popularity of television and advancements in technology make your job easier?
Nemes: I think one of the turning points for television going into it’s “Golden Age” is that TV is now making versions of films that were very successful and critically-adored 10, 20, 30 years ago. We’re able to make shows like “Breaking Bad” and “Game of Thrones” and “Mad Men” and “The Leftovers”… really thought provoking, interesting, character-driven dramas in a way that are not getting made on the feature landscape. That was one of the things that attracted me to come over to the TV side five years ago… the ability to take the movies that I was always passionate about and be able to make versions of those as series.

TrunkSpace: And for a viewer, particularly on the cable side of things, the shortened seasons help to make these dramatic series feel more like films.
Nemes: The way I envision it is, I don’t look at a series as an episodic structure. I really look at a series, a season for that matter, as one big piece of content and you have to figure out how you dice that piece of content. In the feature world you only have an hour and a half or two hours of a piece of a content and with a cable series it’s about eight to 10 hours per season of content. I think that allows you the depth and the time and the space to really dive deep into characters… into the scenes… and into the distinctive world of the show in a way you can’t accomplish in features.

TrunkSpace: What’s next for Cinemax on the original content side?
Nemes: We will be airing a series from Mike Judge in 2017 called “Mike Judge Presents: Tales from the Tour Bus,” which is a half-hour animated series that looks at iconic country music figures and their dysfunctional lives. That’s one that we’re excited about.