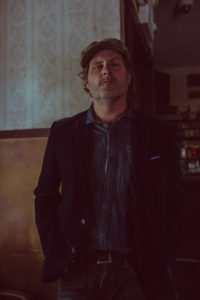 Nels Andrews has always been chasing stories, but it wasn’t until his early 20s that he began to tell those tales through music. Now on the cusp of releasing his latest album, “Pigeon & the Crow,” he’s reflecting on his own journey with us in ways that he never expected.

“Wow, this interview is a therapy session, this is great,” he said in an exclusive interview with TrunkSpace.

We recently sat down with Andrews to discuss releasing a record independently in 2019, the Bruce Springsteen effect, and how his music became married to a comic book.

TrunkSpace: You’ve had an interesting journey as a songwriter, particularly in how you first started traversing your artistic path. Do you feel like music came into your life at the right time for the right reasons? Would you be a different person today if music wasn’t your focus?
Andrews: I’ve always been chasing stories but didn’t have anywhere to put them down. Music had been in my life since elementary school plunking through the Beatles songbook, but creating music started when I was something of an early-20s hermit out in Taos, NM. Moving down to Albuquerque with those songs brought me to interact more with others, pulling on the extrovert in me. As that early 20s guy would point out, I’m a Leo.

If I hadn’t started writing and playing out I probably would’ve gone back to Taos and been a woodworker, which is something else I’d started. Or gone off chasing more stories.

TrunkSpace: How has expressing yourself through songwriting changed you as a person? Did it alter your way of thinking and how you looked at the world?
Andrews: When I was a kid I was diagnosed with all sorts of learning disorders. The stories and words are all floods in me but can be tricky to pull out in clear lines. Songwriting allows me to take the time to do that at my own pace.

I’ve also recently taken up photography, which keeps all the words out of the picture entirely, as it were.

TrunkSpace: You’re set to release your new album “Pigeon & the Crow” on August 9. What type of emotions do you juggle with as you gear up to release new material into the world?
Andrews: Wow, this interview is a therapy session, this is great.

Excitement, curiosity to see how this longstanding project of mine lands with the people who listen to it, also some panic and overwhelm – 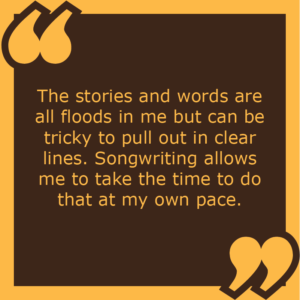 the giant set of organized and interlocking tasks which is independently releasing a record in 2019 is way more complicated than writing a baker’s dozen songs. Maybe the Dutch or the German have a word for “fear of unsold units” or its cousin, “dusty boxes of merch in the shed.” Or maybe this millennium’s compound word would have something to do with the professional (rather than the social) fear of not getting enough likes to be competitive in your market. That whole part is pretty awful.

TrunkSpace: What would someone learn about you – both as a person and as an artist – in sitting down to listen to “Pigeon & the Crow” in its entirety?
Andrews: That I’m a middle-aged guy who has been watching and listening to the glances I’ve gotten of the world for a while, that maybe in another dimension I’m writing short stories. That I love Bruce Springsteen, that I’ve learned the importance of some sway, some rhythm.

TrunkSpace: From what we read, you’ve been working on the songs for this album over the course of the past few years. That’s a long time for someone in terms of personal growth and change. Is that time and how it impacted you reflective in the songwriting? Can you hear the differences between the Nels at the start of this journey and the Nels nearest to where we are today?
Andrews: Nels at the beginning was feeling a little done with the music business (never the music); we can see that in the ‘mid-careers themes’ in some of the songs. Nels nearest to now is somehow refreshed with wistful resolve.

But also the way I write the songs is very long and interwoven – many of the songs I started five years ago and returned to intermittently and finished one or two years ago, before recording them. So my then-self and my now-self all get to show up in the songs.

TrunkSpace: The album was recorded in a studio originally built for Sam Cooke. Can a space and the creative energy that lives within it impact an artist? Does the history of a studio trickle into what you’re doing in the present day?
Andrews: It certainly felt like it there; I felt like I was sleeping amongst the ghosts who had been there before. The bassist on the album, Sebastian Steinberg, knew a little about forensics and was able to determine that a suspicious stain on the wall was almost definitely not evidence of brutal murder. There were all sorts of groovy and mysterious vibes, hopefully some of which imbued into the rhythm section. And also just the folks who’ve recorded there since (Lord Huron, Soul Coughing)… it was just neat to be there where they’d done their thing.

TrunkSpace: There is a lot of wordplay in your songwriting… lines that stand out and stay with the listener. What is a line off of “Pigeon & the Crow” that you are particularly proud of and why?
Andrews: Well, there’s one that’s a double (triple?) reference, in “Memory Compass,” which is a song that takes place at the slow dawn ending of beach bonfire, there’s the line ‘in a baritone whisper, someone sang thunder road, caught your eye on the chorus, we’re all singing for the lonely alone’ – so that’s a reference to Bruce Springsteen who is referencing Roy Orbison. Not unlike a line earlier in that song, about mirrors in other mirrors. 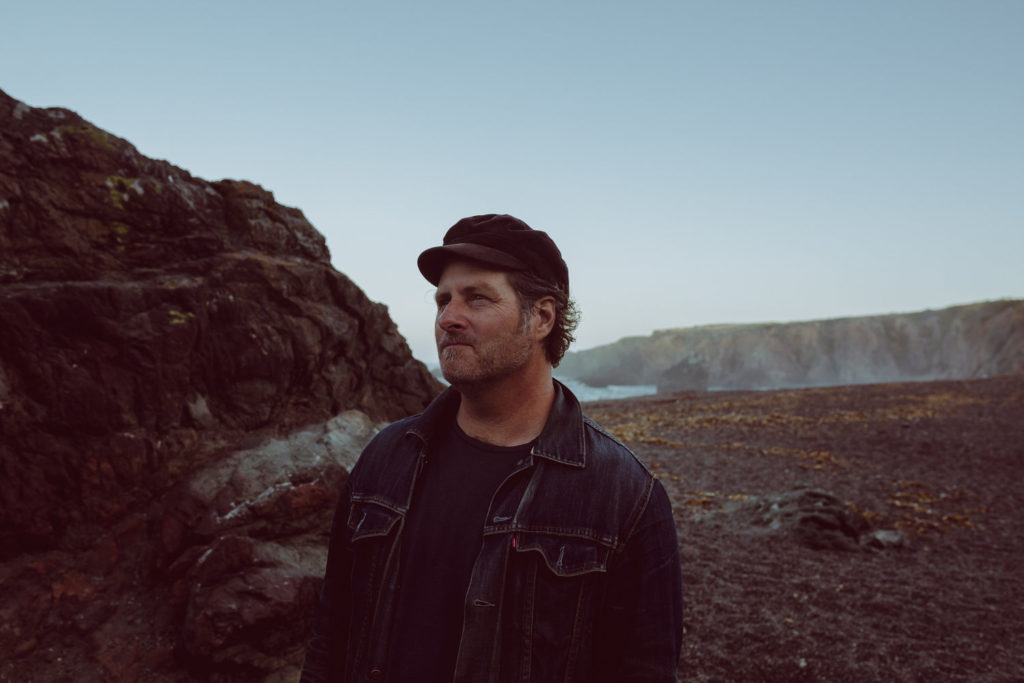 TrunkSpace: What are you most proud of with the album?
Andrews: The collaborative elements – whether it be with words/song/images that I put together with Mike Bencze (see answer below), or the international words and images ‘libraries and bookshops’ tour I’m looking forward to doing with UK singer-songwriter Jess Morgan, or just all of the collaboration with so many artists from around the world from so many musical backgrounds who played on the album.

TrunkSpace: Can you tell us a little bit about the comic book that you created as a companion piece to the album and how the concept came together?
Andrews: This song is what’s called a supernatural ballad – which is a song that’s telling a specific story involving something magical, a transformation. In this case, of a young girl who fed a crow who brought back small treasures for the girl (this really happened – see the news stories from the early aughts). In the song, the girl shapeshifts, as does the crow; it’s a love story. I was telling the story to my friend Mike, who is an illustrator, and he wanted to draw it. And thus our ‘graphic novella’ became. Also, it was fantastic because the collaboration was supported by the arts council wanting to support local artists, so we were also able to join a new part of the Santa Cruz arts community.

TrunkSpace: Time machine question. If you could jump ahead 10 years and get a glimpse of what your career looks like a decade from now, would you take that journey? If not, why?
Andrews: First I think there’s a difference between looking at where my career will be, and where my music will be. Those could be two different questions.

I wouldn’t want to look ahead because I want to stay curious and be in the moment. I don’t want to write songs for that future place. I want to be finding my way there, artistically, in the next set of things that present themselves. When you only have the answers to the long division problem… you can’t see the work.

“Pigeon & the Crow” is available August 9.