After having a conversation with Nigel Chapman, singer/songwriter of the Nova Scotia-based Nap Eyes, it’s easy to see how such thought-provoking lyrics pour from such a philosophical mind. A fierce proponent of self-discovery, his journey is vast in its scope as he seeks to understand the world that we’re all cohabitants of. Much of this is conveyed through the band’s most recent offering, “I’m Bad Now,” though he’s quick to note that the underlining understanding of those songs is open to individual interpretation.

We recently sat down with Chapman to discuss why “I’m Bad Now” is a bit like a software patch, how his own mood cycle lends to the current connection he has with the music, and the reason creative encouragement is good for all of us.

TrunkSpace: We read that writing music is sort of a quest of self understanding for you. Has your creative POV changed at all throughout the years as you’ve grown and discovered more about the world?
Chapman: Oh, that’s a really great question. That subject area is such an encouraging and true one – that you would constantly be evolving and learning, and actually you would be becoming wiser. You can’t forget your older experiences. You can’t ignore what you’ve learned from your past experiences and relationships – the important events in your life. You actually have to, in some degree, probably integrate those. There may be unexplored aspects of those past experiences that you can learn even more from, but in a general way of speaking, definitely one is always learning. And I love learning, and I think it is like one of the most fulfilling things. So, yeah, in that way, I guess that realization has just clarified more for me in recent years, where when I was younger, school was more of an obligation.

TrunkSpace: Beyond life learning, we would also imagine just having two previous albums under your belt translates to how you approach album number three?
Chapman: Definitely. I’m giving this caveat all the time. It’s been almost two years since we recorded it, but that being said, I feel very happy. I’ve been using the analogy that it’s like a software patch. I mean, it’s not that it matters what people think is your current state, like artistically. It doesn’t really affect you, you know? But there is something a little bit more relaxing about feeling like people have an idea where you’re coming from, like at the present time, rather than the version of you from like four years ago or whatever.

TrunkSpace: If this album was recorded two years ago, some of those songs were probably written even before that. Are you personally able to still relate and connect to the things you were saying in the songs? 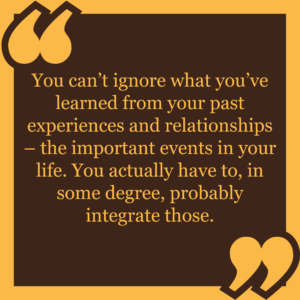 Chapman: Definitely. I have been in more positive and more negative moods about that particular question over the years, depending on the time of my life and my annual mood cycle, but at the moment anyway, especially spring time, I feel pretty positive about that and feel able to kind of relate to the things that… well, one thing that’s helped with that was while we were waiting on these this time, I was able to not focus on it as much. So, I could kind of conserve some of my mental interests in it without burning it out right after we recorded it. So, there is a really positive side to this sort of delay.

TrunkSpace: There’s something to be said about sort of stepping away from something and then seeing things from a different perspective. For example, some authors will write a draft and then step away from it for awhile to come at it with a fresh set of eyes.
Chapman: Yeah. That’s right. So, we’re learning. I feel not skilled at these sort of things yet, but it’s cool to see the process you’re working on unfolding.

TrunkSpace: What’s cool is that, even just hearing you talk about it, the joy of getting music out there is just as profound as creating it?
Chapman: That’s for sure. Yeah. That’s another great aspect to highlight because there’s something so gratifying and reassuring, to use the language of like weakness or sickness into health, and get reassured – to have all ducks in a row. There’s a real effect, I think, of when people are kind to you and say validating things, like, “Good job,” or, “I like this,” or, “This song meant a lot to me.” These are really gratifying and kind things to hear, you know? It makes you feel, unless you take it for granted, it makes you feel really warm and appreciated and, thereby, appreciative. You find a sense of gratitude. If you don’t find the gratitude, then you’re in trouble, or you’re being, at that time, you’re being somewhat egocentric, you know?

TrunkSpace: The great thing about music is that positive feedback may come from a place that you never even intended. Listeners may find something in the songs that you didn’t even see when you wrote it.
Chapman: That’s true as well. This is perhaps the most mysterious and enigmatic aspect of creating music and having it mirrored back to you by others in a social way. It’s a profoundly mysterious phenomenon to the creator, I must imagine, in almost every case. Unless you assume you know how they are experiencing it, which I suppose I’ve been guilty of various times – assuming that I know how people are interpreting my ways and songs and things and just social actions, but people are totally mysterious when it comes down to it. They’re their own entity, and that sort of gives me a sense of wonder, I guess, about the whole experience of relationship to other people or to an audience. 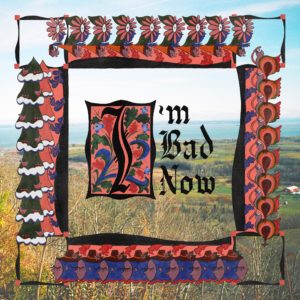 TrunkSpace: Is having a creative outlet, for you, a necessity? Do you think if you weren’t writing music, would you be expressing yourself in another way?
Chapman: I suppose so. Yeah. That’s another great question and topic of conversation to highlight. It’s such a beneficial, positive thing. The reason why I think that it’s encouraging is that it’s just good to make this statement or encouragement or just a mood of encouragement that we would want to foster universally among the people, feeling encouraged to be creative. And creativity is not a narrowly defined thing. Like, 100 percent every human is being creative in the sense of creating their world, and so the ways that people are creative have a huge influence on the experience they have in their lives. And it’s possible, I suppose, to be malignantly creative, you know, but when we speak of creativity in general, as a trade, it has a strong cognitive connotation. So many artists would say, and if they don’t say I think they haven’t realized or they probably haven’t affirmed this with their lives, is just that it’s good to create. It makes you feel better. If you have any mental health issues, it makes you feel better. It’s the same thing in a different spectrum with physical exercise and also emotional and social relationships. All of these things… just absolutely are necessary.

TrunkSpace: What are you most proud of with “I’m Bad Now,” and not necessarily with the music itself, but in the process of putting it together?
Chapman: Yeah. That’s a nice question, and the wide scope is appreciated. I think answering from that angle, the sense of the width of an endeavor, like the scope of an endeavor has increased for me through this work especially because of collaborating with Chris and Brendan at Paradise of Bachelors and collaborating with Howard at Hotel2Tango and also, of course, with Nap Eyes and with Mike. We had a familiar collaboration. But basically, widening the collaboration in a way that, as a shy person, sometimes you might want to keep things nuclear, as to sharing meaningful, emotional signifiers and symbols like you do in creating music, and you don’t really want to hear any critical feedback from the outside. Kind of like a fear of that, which because I didn’t go to art school, I lack the experience with being criticized, so I take it personally in a fearful way sometimes. But I’m getting better at that, and some of the things that helped with that are just dedicating your time in a deliberate way to the things you want to do, so studying or whatever things you value.

“I’m Bad Now” is available now from Paradise of Bachelors.