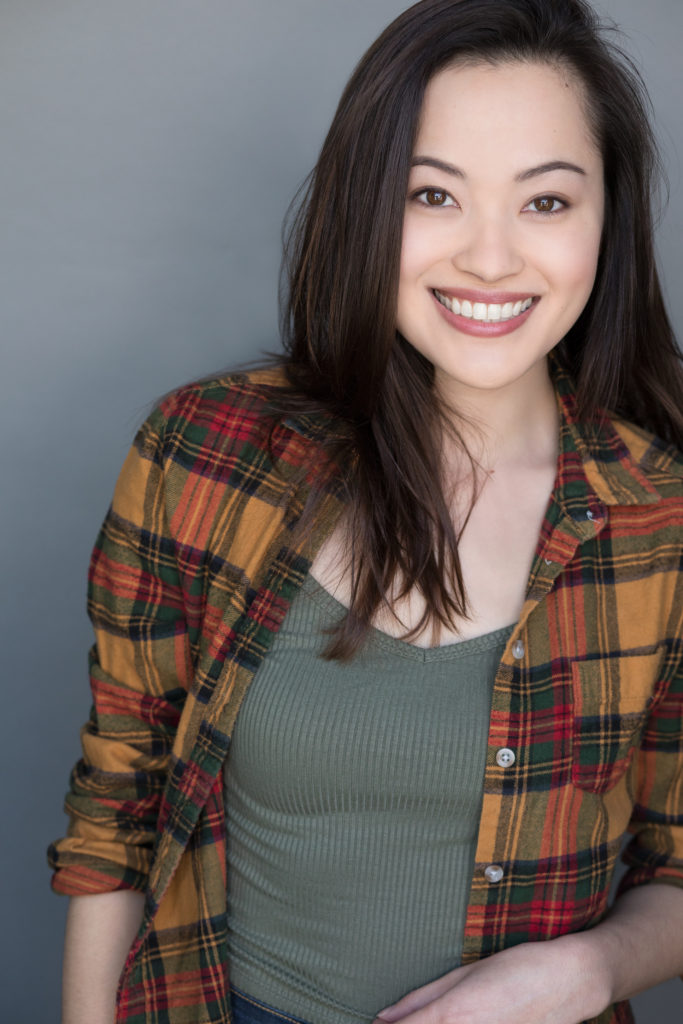 TrunkSpace: When did you know that you wanted to act for a living?
Molina: I think I always knew that I was headed in that direction, but it wasn’t a fully formed decision until later in my life. I immigrated to America from the Philippines when I was 4 years old, and I had a difficult time making friends, so I took solace in retreating into my imagination. I was constantly coming up with these stories for my toys and I to act out, and I loved it whenever my mom pulled out the camera to record it all. By the time I was a teenager, I started taking drama classes, and acting became more of a coping mechanism to help me deal with depression. Once I started my Theatre major in college, it became so much more and I truly fell in love with acting. I couldn’t see myself pursing any other career. There’s just no replacement for the feeling that I get once I start delving into a scene or into the filmmaking process itself.

TrunkSpace: Was there a particular performance or actor/actress from your childhood that you remember being drawn to and inspired by?
Molina: It might not be the most groundbreaking of performances, but I definitely remember being a kid and watching movies like “Jurassic Park” and “Jumanji” and thinking, “WOW. I want to do that for a living!” I honestly thought it was the coolest job to have — still do! It wasn’t even so much the movies themselves that got me interested, it was actually the behind the scenes footage that inspired me. I love watching behind the scenes stuff. I used to watch this show called “Mega Movie Magic” on the Discovery Channel, and it would show you all of these behind the scenes special effects stuff that they would do in movies and I was so fascinated by the whole process. I loved seeing how all of these different parts came together in such a collaborative process and created something wonderful to watch and experience. It showed me this whole other level of movie making that I hadn’t even considered and it inspired me so much to be a part of this industry. It just looked so fun!

TrunkSpace: How did you decide to approach your career as an actor? Did you formulate a plan of how you wanted to attack 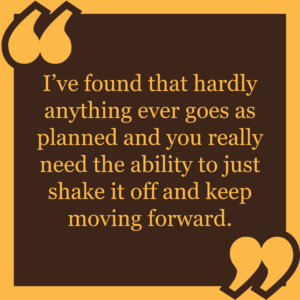 what is known for being a hard industry to crack?
Molina: For the most part, I’m just going with the flow. I went to college and got my BFA in Theatre Performance/Screen Acting and that’s really about as far as I got with my plan. I had one all laid out prior to that, but once I graduated, everything kind of went out the window. Life happens, you know? I was at the mercy of trying to make a living wage and saving up to move out to LA, but it took a lot longer to get out here than I had anticipated. Even once I was out here, it took a while before I was able to really pursue this career path full-force.

Now that I am, I’m trying to remain as positive, productive, and flexible as I can be — which is really important, in my opinion. I’ve been taking an on-camera acting class for the last two years and am always striving to keep getting better in my craft. I’m represented commercially, but not yet theatrically, so I spend a lot of my time submitting myself for a variety of projects. I’ve also realized the importance of having a good network under your belt, so I do my best to make sure that I’m making real, genuine connections with people. As amazing as it is to have a plan, I’ve learned that it’s more important to remain flexible and not let the setbacks knock you down. Trust me, there WILL be setbacks, and what matters at the end of the day is how you deal with them.

TrunkSpace: When did you decide to move away from your home and pursue acting as a career? How old were you at the time?
Molina: To be honest, the actual decision to leave home wasn’t really completely mine, but I was 23 when I finally got out here. I had been trying to save up to move to Los Angeles for about two years after college, but something huge always happened every time I had enough saved. For instance, a family emergency came up that required me to go back to the Philippines on very short notice… which meant a lot of money went towards a round-trip plane ticket. Around six months after that family emergency, I got a random phone call from my boss at the time telling me that my request to transfer to our LA location was approved and that I had two weeks to find an apartment and move there. For context, I put that transfer request in a year prior to this, so I had NO CLUE that it would ever get approved.

I literally had just the bare minimum amount of money in my bank account to put a deposit down on an apartment, rent a moving truck, and maybe buy some groceries once I was there. As soon as I got the green light, I drove down here, found an apartment within a day and a half, and drove back just in time for my going away party. It still took me about two and a half years after that to get to a point where I could actually pursue my acting career. It was just such a crazy moment in my life because I had no real time to think about anything! In hindsight, though, I don’t think I would change anything about it.

TrunkSpace: Was that move an easy transition for you initially? How long did it take you to feel at home and find a good support group of friends and peers?
Molina: It was a pretty easy transition for me; I felt at home almost immediately. Growing up, I had visited California so many times prior to moving here, so I knew what I was getting into. I never really felt like I belonged in Vegas, and I was so sick of it by that point; it was such a breath of fresh air to finally live in a place that I personally chose out. It definitely didn’t hurt that it was a solid 30 degrees cooler and I could go outside without getting heat stroke! I’m more of an introvert and I really love my alone time, so starting off without too many friends didn’t really phase me. In terms of finding my support group, I knew a bunch of people from college who had already moved out here to pursue careers in the film industry. They welcomed me with open arms right at the start, and that’s something that I’ve always been really thankful for. I still keep in touch and see them from time to time, but it gets harder the longer we’re out here; we just all get really busy. At this point, I’ve been here for five years, and I’ve found some great friends along the way through my acting class and through friends of friends. 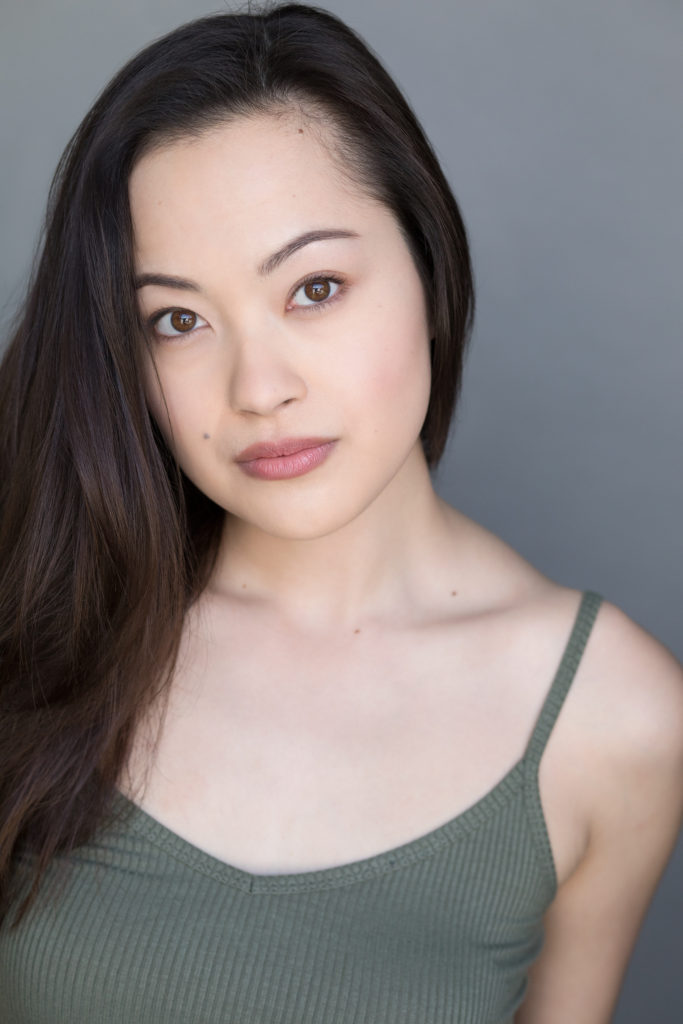 TrunkSpace: What has been been your biggest break in terms of a particular role or project thus far?
Molina: I don’t know if I’ve really found my “break” just yet. It’s still early on in my career and I’m working on creating a strong foundation to build on. I’ve worked on some fun stuff over the last year and I’m so grateful for the opportunities that I’ve had so far. I’m keeping my outlook as optimistic as possible, so who knows what’s around the corner!

TrunkSpace: Is there a specific type of role you’d like to take on or a specific genre that you feel more at home in?
Molina: I don’t really want to close off any doors for myself and stay in one genre. I’d like to explore as many as I can! With that said, I’d like try tackling some more comedy roles. I think it’d be a great challenge because it’s not really a genre that I get to do a lot. On the other hand, I think it would also be a great challenge to tackle more drama, too!

TrunkSpace: What would you say is the greatest strength an actor/actress can have outside of acting ability itself?
Molina: That’s hard to choose! I think flexibility and perseverance are really important strengths, but my number one has to be self-awareness and knowing who you are as a person. You’re going to face a lot of obstacles both in and out of your career, and if you don’t know yourself or your self-worth, then getting to the other side of that obstacle is going to be a serious up-hill battle. As an actor, rejection is a major part of your life and you have to know who you are in order to not take it personally. It really goes hand in hand with flexibility and perseverance. I’ve found that hardly anything ever goes as planned and you really need the ability to just shake it off and keep moving forward.

TrunkSpace: What is your ultimate dream when it comes to your acting career? Where would you like your path to lead?
Molina: Ultimately, I’d love to be consistently working in both film and TV — mostly film. That’s really what I want out of my career. As much as I would love to say that I was an award-winning actress, my primary goal is to be a working one with a long, long, long career ahead of me. I love that there’s so much amazing storytelling on TV and streaming networks, but I would still love my primary focus to be in film. Growing up in America and being a mixed Asian-American, I never really saw too many faces or stories like mine portrayed in film, especially in the foreground. Now that I’m older and am in the film industry, I want to help fill that gap for viewers in a genuine way. I want viewers who were otherwise underrepresented to be able to watch a film and go, “Yes, my viewpoints are valid, too.” From personal experience, it really makes an impact to see yourself positively represented in the media, and I really just want to leave something for my future kids to look up to.

TrunkSpace: What advice would you give another young aspiring actor/actress who is considering moving away from home to pursue their dream?
Molina: If this is really what you want, don’t ever give up! Things happen at their own pace, so don’t compare your journey or your progress with another person’s. All that will do is cause you so much more grief and anxiety than you need (trust me). It’s also important to have a life and hobbies outside of acting that helps you to feel fulfilled. Good things take so much time to arrive, so you need to have a lot of patience. And I mean, A LOT of patience. You also really, really need to maintain a positive attitude in all aspects of your life, including your career. You’ll be so surprised to see just how much positivity occurs when you do! 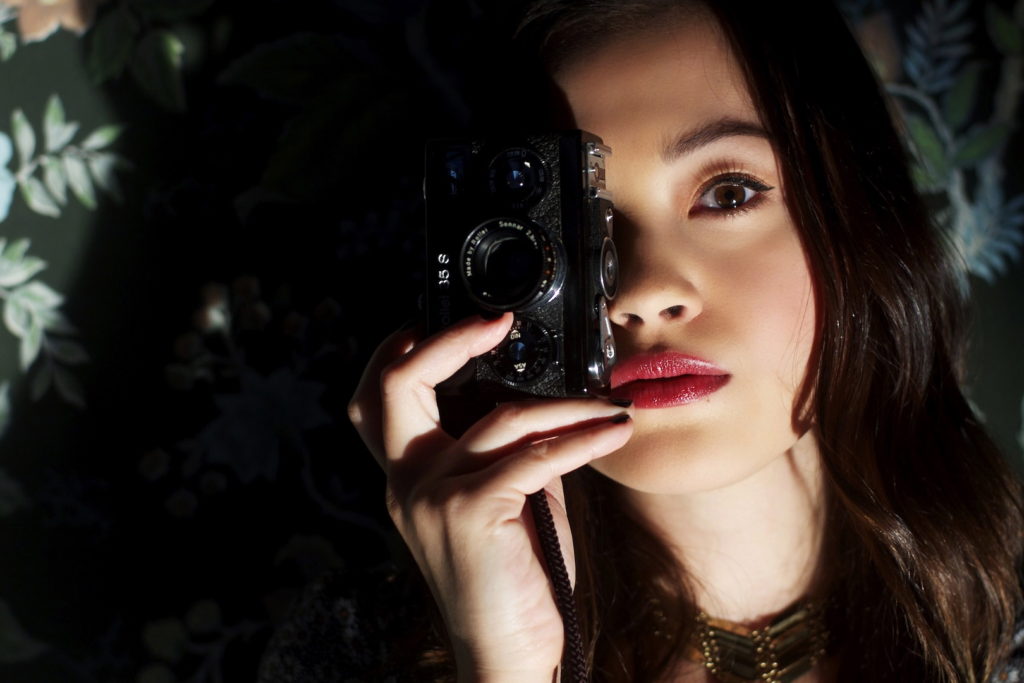 TrunkSpace: Where can people (and casting directors) learn more about you?
Molina: A few places! You can visit my website at www.trishamolina.com or follow me on social media.