Milo in the Doldrums 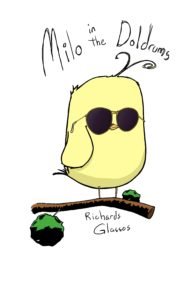 Artist/Band: Milo in the Doldrums

Influences: Radiohead, Of Montreal, The Beatles, Andrew Bird, and Nirvana

TrunkSpace: How do you describe your music?
Mays: Our music is an attempt to mash together a nostalgia for 90s pop and some of the harmonic weirdness of the modern indie casserole.

TrunkSpace: What we love about your band is that you guys call yourselves a rock band. That’s a real rarity these days because everything has a sub genre attached to it. When did it become so complicated for bands to define their sound? (We know this is a contradiction to the previous question we just asked!)
Mays: I guess that the dawn of the internet age allowed for easier access to the underground music scene than had ever been available before. Now it’s easier to get a band together, record/release some tunes, and gain an internet following at least. That along with the ever present need for humans to organize the chaos surrounding them into manageable orderly groups and categories.

TrunkSpace: Your latest album “Richard’s Glasses” was released in April. What did you guys hope to accomplish with the album and do you feel like you met those goals?
Mays: We wanted to make a live and raw recording to tape and to not over do it on the overdubs. I think we did well and now it’s time to move on to newer frontiers.

TrunkSpace: The cover art for “Richard’s Glasses” is a visual tweet, we mean, treat. Where did the concept come from and did the image go through various versions before you settled on the final product?
Mays: It came from our buddy Jon Flanders, aka Mammoth_Wall on Facebook. The original image was just the bird without the glasses, and so we asked him to draw Richard’s special sunglasses onto it for the cover.

TrunkSpace: The band is set to hit the road at the end of the summer. Where are you the most excited to play and why?
Mays: I’m most excited for the Asheville show. We loved playing and hangin’ with the guys in Mr. Mange last time at the Odditorium and we are very excited to play with them again at New Mountain AVL on Tuesday, August 8th. We also get a day off in Asheville the next day and it’s the best place I can think of for exploring.

TrunkSpace: So much of spreading the word about a band is just hitting the pavement (in this case the road) and playing in front of as many faces as possible. It seems like a lot of bands have 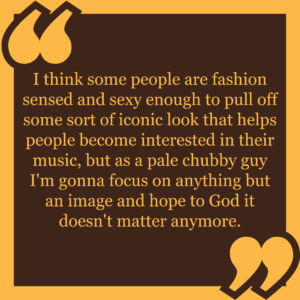 traded that hard work in for social media outreach, which while effective to some degree, also seems kind of fleeting. How important is gigging out and hitting the road to Milo in the Doldrums?
Mays: We feel like touring is a way to make your band tighter, to get other areas and scenes into your music, and to pay your dues. We will hopefully continue to do it every six to nine months.

TrunkSpace: In the heyday of rock, a band’s “look” was almost as important as their sound. Does that visual branding still matter these days and where do you see it making the biggest difference?
Mays: I think some people are fashion sensed and sexy enough to pull off some sort of iconic look that helps people become interested in their music, but as a pale chubby guy I’m gonna focus on anything but an image and hope to God it doesn’t matter anymore.

TrunkSpace: As far as the mainstream is concerned, rock seems to be missing in action. Is rock as a genre dead on a mainstream level and if so, do you think it will ever see a revival?
Mays: Who knows. I think there’s so much good music from every genre these days, and people are going to keep enjoying ear worms of all shapes and sizes. If a rock band makes something honest and earthy enough to attract the indie kids, but catchy and simple enough to appeal to the masses, then maybe as a genre rock will dominate the top 40 again. Who knows.

TrunkSpace: If Milo in the Doldrums was on the forefront of the rock revival and became the next Nirvana or Radiohead in terms of widespread, international appeal, would you be comfortable with that sort of all-encompassing attention?
Mays: No, I wouldn’t want a lot of attention, and as a member of the upper echelon of the epsilon, I doubt I’ll ever write something that memorable and life altering. I’m hoping Milo can at least help us make a decent living in the future. Hopefully I won’t have to wash dishes and teach guitar forever.

TrunkSpace: What do you hope people take from your music?
Mays: I honestly just hope they enjoy it and make the music and the lyrics fit their own life and experience. If they like it, hopefully we will see them at the show, and if they hate it, hopefully they leave some creative comments on YouTube.

TrunkSpace: What else can fans of Milo in the Doldrums look forward to for the rest of 2017 and into the new year?
Mays: Besides our upcoming tour with Kid Brother in August, we are currently working on a new EP, tentatively titled, “A Widows Peak and a Pack of Smokes” off of which a new single, “Built For No One” will be ready for release sometime this fall.