With a number of new tracks set to drop this year, Michael Mancuso, the smooth POPerator with the equally-as-smooth voice, is poised to take the music world by storm. His latest single, “Give It To Me,” recently received the video treatment, which is an extension of the art that the California native not only revels in, but feels is necessary when investing back into his own musical brand. (View the video below.)

We recently sat down with Mancuso to discuss how they shot the entire video in one day, the reason he’s tapping into his own experiences when writing, and why a career in the music industry is the only place he ever envisioned for himself.

TrunkSpace: You’ve been promoting your new single “Give It To Me” and the corresponding music video since it dropped earlier this month. How important is it for an artist in 2018 to continuously be putting new material out into the world? This is no longer the days of putting out an album out every few years and remaining relevant through reputation alone, right?
Mancuso: I would say that it’s extremely important to keep releasing new content for your fans to hold onto. We live in a world where things are consumed and forgotten at a much faster rate than they ever have been before. Reputations can be built just as quickly as they can be lost. It’s important to remind your fans why they’re your fans! Releasing one new song every two to three months as a new artist is a great place to be.

TrunkSpace: What about the visual element? Clearly we no longer live in the age of actual music playing in regular rotation on 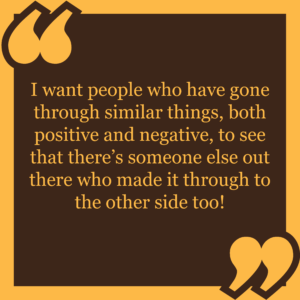 MTV, but at the same time, music videos feel more important than ever. For an artist, is it imperative to marry visuals with your music?
Mancuso: I would argue that releasing a song without a visual element is a wasted release. If you invest in yourself and make a video, you have it forever. It will always be part of your brand and is just another way that your fans can feel connected to you. Additionally, by utilizing video-supporting social media platforms like YouTube, Facebook and Instagram, you give yourself a second opportunity to promote your song by releasing the music first and the video a few weeks later!

TrunkSpace: What was the process like in bringing the video for “Give It To Me” to life? Did you have a firm grasp on what you wanted people to SEE while they were LISTENING?
Mancuso: The entire video was shot in one day. One camera, a few lights, an awesome art studio, 20 extras, six dancers, and me. Everyone brought an amazing amount of energy to set and we are all extremely happy with the final results. We mapped out the video beforehand and decided we wanted the video to accentuate the lighthearted joke of the song. I keep going after this girl but she just won’t “give it to me”… but at the end she finally does.

TrunkSpace: Having a visual component to music can sometimes change perspectives. There are certainly times that we can recall where we had a connection to a song, only to feel like our insight into the meaning of it changed once an accompanying video was released. As an artist, is there ever concern that you’ll place a track into a constrictive box by giving it visual margins for the audience to follow?
Mancuso: You bring up an interesting point, but I’ve personally never been worried about that! I’ve always found it interesting to see an artist’s perspective of their own work. Even if it doesn’t line up with what I might have originally pictured or imagined, I still enjoy getting to glimpse their world through their own eyes.

TrunkSpace: In terms of your music, particularly now with your solo career, what do want people to take from the experience itself? Not necessarily a specific track or album, but the vibe as whole.
Mancuso: I want people to relate to the songs that I write. I do my best to create a personal connection to anything that I put my name on. Every song that I will be releasing through the end of 2018 is written about something I’ve been through or a moment I’ve shared with someone. I want people who have gone through similar things, both positive and negative, to see that there’s someone else out there who made it through to the other side too!

TrunkSpace: You were a member of the a cappella group The SoCal VoCals. How much of an adjustment was it to go from a group atmosphere to a musical career where you called all of the shots, both creatively and from a business perspective?
Mancuso: I would say that it was a pretty seamless adjustment. I began my solo project while I was still a member of the group, and they were all extremely helpful, supportive and encouraging! By the time I graduated I was well into the swing of things and felt ready to take the reins and pursue music on my own.

TrunkSpace: Was there ever a doubt that a solo career would be your path? Did you always know deep down that you’d steer your career in this direction?
Mancuso: I have never been able to imagine myself happy anywhere else. Music has always been the only real option that I could see myself pursuing whole-heartedly. It’s definitely scary at times, but the highs and lows are part of what make this industry so special and forces you to keep growing and evolving as a human being.

TrunkSpace: Can it be a solitary experience creating as a solo artist? Do you miss having a springboard for ideas and the ability to go off on creative tangents based on the suggestions of others?
Mancuso: I would say that I collaborate more now than I ever have before! I feel like I do my best work in groups, and I actively seek co-writing sessions for my own artist project wherever I can find them. I would encourage every solo artist to write with as many people as they can!

TrunkSpace: Where are you hardest on yourself as an artist?
Mancuso: I would say I’m hardest on my writing. I go into every session with the goal of beating my current “best song”!

TrunkSpace: What’s next for you? What can fans expect for the rest of 2018 and into the new year?
Mancuso: Lots of new music and music videos. I’m planning to release at least three more songs before the end of 2018! If you want to be part of my journey, follow me on Instagram – @michaelmancusomusic or subscribe to my website’s mailing list – www.michaelmancusoofficial.com!

Check out the video for “Give It To Me” below.