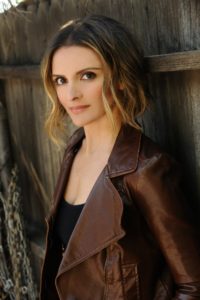 There are a bajillion laughs to be had in Seeso’s “Bajillion Dollar Propertie$” with many of those LOLs originating from the comedic mind of Mandell Maughan. The San Diego native studied sketch comedy and improvisation with The Second City and The Upright Citizens Brigade before landing the role of Victoria King in “Bajillion Dollar Propertie$” where she has put her improv training to good use. She can also be seen this fall in the new CBS series “Me, Myself and I” opposite Bobby Moynihan and John Larroquette.

We recently sat down with Maughan to discuss how working on “Bajillion Dollar Propertie$” stretched her as a performer, how she approached scenes opposite comedy greats, and… high-waisted jeans?

TrunkSpace: Given the improvisational nature of the show, has “Bajillion Dollar Propertie$” taught you anything about yourself in terms of your abilities as a performer/entertainer? We know that you have an improv background, but did the show itself sort of take you anywhere that you didn’t think you could go?
Maughan: Absolutely. I think that one of the things that’s brilliant about Kulap (Vilaysack) is she saw something in all of us that maybe we didn’t see in ourselves. I think she saw that capability in me, but I had never improvised to the extent and how frequently we have on the show. I mean, I would do shows, but when we’re filming, we’re improvising for 10 hours a day, day after day. I’m improvising with some of the best improvisors in the world that are our guest stars. Frankly, my castmates are also some of the best improvisors in the world.

There was no way for me not to grow. There was no way for me to not get better. I will forever be in debt to Bajillion for that because I think I honestly grew more in the times we would shoot for those few weeks than I did in years of doing classes. Now, that being said, I studied at Second City and I’m still grateful to Second City because they gave me a foundation that made it even possible for me to do this show. But, you know, they always say, “Experience is better than even just taking a class.” Well, that was definitely true for me here.

TrunkSpace: And we would imagine that confidence grows as you get more comfortable with your character and your costars? 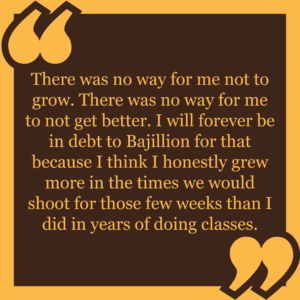 Maughan: Absolutely. We were very fortunate. We had chemistry right off the bat. I remember we met a couple times for rehearsal before we started shooting the first season. Robert Ben Garant was there and Kulap and Scott (Aukerman). They said, “Okay, let’s just improvise. Let’s just see how it goes. ‘Cause if we’re gonna fall flat on our face the first time, let’s just do it now.” We did it. Ben Garant was like, “You guys are where we were at in ‘Reno 911’ in season 5. It’s amazing the chemistry you have.” We just got so lucky.

I think that’s also Kulap too seeing all of us and being like, “I think all these people would do really well together. I think this would be a good group.” We complimented each other really well. Now, of course, yes, every day that we did it, we got better, and we realized each other’s humor and what we could set each other up for. Everybody started to develop their characters more, which developed the relationship between the characters. I knew as Tim (Baltz) and I would improvise more and more, Victoria would grow more hateful of Glenn. That really directed where our improve scenes were gonna go. Each relationship kind of directed that and helped that. I think that Kulap must have seen that in us, but I think we were very lucky that we started at a great point.

TrunkSpace: You mentioned the great guest stars you have worked with on the show. Did it take some focus to maintain that confidence when you were in a scene with some of the comedy legends who stopped by?
Maughan: When we’d have these big guest stars on, yes, of course, you have the thought when you’re getting ready in the makeup chair, “Holy shit, I don’t know if I can cut it. Holy shit, I hope I can do this. I hope I can come up with anything to try and help them. I hope I can be a supportive improvisor.” But you also realize when you’re having these guest stars, that it’s such a treat for the viewers.

So, me personally, I would really let them have the show. I would, of course, support them, and bring Victoria to the scene, but I would really try to let it be about them. Because that’s what we wanted, those moments to be for them. The series regulars, we had our in office stuff, where it was just us. But those guest star scenes, we wanted to get as much of them as we could. Really what being a good improvisor is about is… if someone’s a good improvisor, it should be very easy to improvise with them. Since all these people are good improvisors, it was very easy to improvise with them.

TrunkSpace: In terms of spending time with a character, is this the longest you’ve ever spent with one?
Maughan: Yes actually, this is. I love her. I’ve loved this process so much. I kind of knew who Victoria was right from the audition. When I got the audition, and I got a little bit of a breakdown, I just got it. I was like, “This is my version, at least in my head. I know this woman. I think this woman’s funny. This is my type of comedy.” Kulap said she saw that in the audition, that right away I was Victoria King. As much as I work hard in the show and it’s incredibly gratifying, it became kind of easy. It was easy for me to step into her because I just understood her so well, and I had defined her. 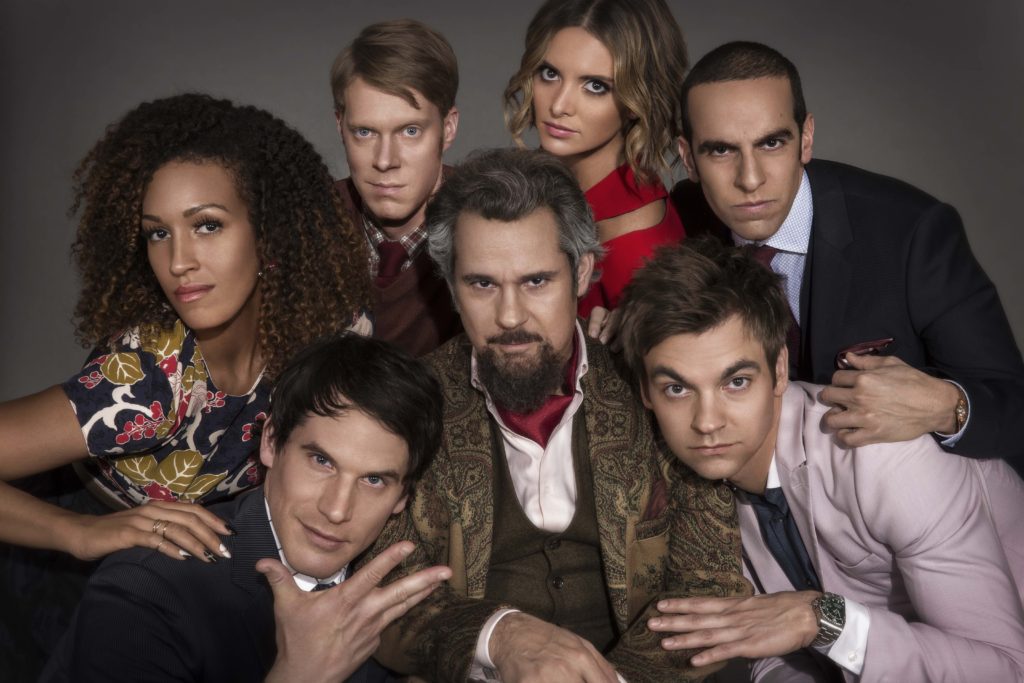 TrunkSpace: In terms of playing a character for an extended period of time, at any point does it ever sort of feel like dating someone, where as much as you love the character, you get to a point where you’re like, “There’s those small things that I wish I change about the person”?
Maughan: Well in this case with our show, it’s so collaborative that before we even starting filming season 1, we came in for meetings with the writers. I pitched a lot of ideas about her. I got to have a lot of say on my character, even when it came down to the wardrobe, where Rahel (Afiley) and I really collaborated and I was like, “I think she’s always dressed up. She’s always dressed to the nines.” Rahel even said, “I think she’s always in a dress, never even in a pantsuit.” I was like, “Yes!” because I thought Victoria’s wardrobe was such an important part of her.

In that sense, we got to create our characters with them, so we had a lot of say. But the writers are so good as far as coming up with plot points that are new and interesting for each season, that it gives us an opportunity to explore, “What would our character do in this situation?” It never gets boring. I don’t know, maybe someone would answer differently, and maybe it’s ’cause I just love Victoria so much and I find her funny, but she’s fun to play.

TrunkSpace: And you shot a pilot for CBS called “Me, Myself and I” that recently got picked up, correct?
Maughan: Yes, we premiere on September 25. I’m really excited about it. My character on that show is opposite of Victoria. I know I just said I’m not bored playing with her and I’m not, but it is kind of fun and interesting to play someone totally different.

TrunkSpace: You spoke about Victoria’s wardrobe, but this show takes place in the early 90s. Do you have any cool wardrobe pieces with your new character as well?
Maughan: Well, the woman who does the wardrobe for “Me, Myself and I” did “Clueless,” so if anyone does 90s well, it’s her! The first thing I said to her was, “Thank you for inspiring my fashion still to this day from that movie.” (Laughter)

I really like that aspect of creating a character. Of course, when you’re an actor, you want to feel good in what you’re wearing and feel confident in it, but I wanted it to be 90s because I really wanted to stay true to that, even down to the nails. My nails were done differently, and the makeup artist was really good about that too. I was excited for my french tipped nails and my wedges and my kind of crop tops with the high-waisted jeans. I don’t know how these women were doing it, but I love it.

TrunkSpace: It’s kind of painful to hear that the 90s is now considered a period piece.
Maughan: I know. I know.  That’s sad. It made me feel really old. (Laughter)

Visit Seeso to learn more about “Bajillion Dollar Propertie$” and to watch the latest season!