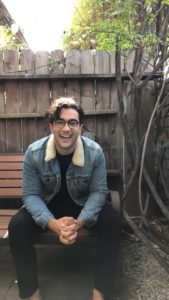 When the horror film Followed was released in the middle of the Covid-19 pandemic, it served as an incredible escape for individuals in need of a sense of normalcy, including its own star, Matthew Solomon.

“Having the movie come out during the quarantine has been really great for me too; it’s been a bit of an anchor amidst all the craziness,” he said in an exclusive interview with TrunkSpace.

We recently sat down with Solomon to discuss his relationship with social media, the long road to the big screen, and keeping his internal dictator in check.

TrunkSpace: Your latest project Followed was released in the middle of a pretty tumultuous time for not only the country but the world as a whole. In a way, is it nice to be a part of people’s escape during all of this – to be their outlet to what was “normal” once?
Solomon: I love that you asked this. Yes, it absolutely has. People have messaged me on Instagram saying they loved the movie and enjoyed having a fun distraction. It’s awesome seeing a new love for drive-in theaters and being a part of that feels special! Having the movie come out during the quarantine has been really great for me too; it’s been a bit of an anchor amidst all the craziness.

TrunkSpace: Social media is given a horrific spin in Followed. For many people, social media can be a love/hate relationship with its own share of real-life scares. What’s your relationship with social media today in 2020?
Solomon: I have never been more addicted to it than now. (Thank you Covid.) It’s a double-edged sword. I find the activism, the more progressive influencers, the comedy, and the ability to connect from far away so rewarding. But I think there are certain aspects of beauty that can be damaging to people, myself included. If you understand that what you’re seeing from people is curated and not the whole picture, I think it’s a wonderful way to connect.

TrunkSpace: Walk us through what the experience was like to see Followed brought to fruition, because from what we understand, you originally worked on it back in 2016, correct? Was it a surprise to then see it released four years later and to ultimately find an audience? 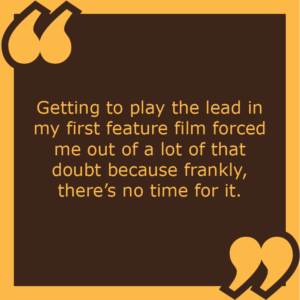 Solomon: Not only did we work on it in 2016, I was cast for the project in 2015 before the script was finished, so I have had the unique experience of watching this project from the very beginning to the very end. I feel so attached to this team and this story, seeing it through, watching it get #1 in the box office, seeing how critics are receiving it – it’s the best feeling. But nothing about this is surprising because I know how hard this team works. Our director and producers are some of the most persistent people I’ve ever met so I knew no matter how long it took, that it would happen.

TrunkSpace: A person can change a ton in a four year span. What would the Matthew Solomon of 2020 have done differently with his performance in Followed? What choices did 2016 Matthew make that you wouldn’t make today?
Solomon: I believe if you talk to any creative about a project they made four years prior that they would have changes they want to make. Mike was such a fun role and considering who I was at the time, I’m very proud of the performance. I mostly wish I had the confidence back then that I have now. I would trust myself to carry the more emotional moments because it was all there, I just doubted myself. But also I wouldn’t be as confident now if I hadn’t played Mike in the first place. Getting to play the lead in my first feature film forced me out of a lot of that doubt because frankly, there’s no time for it.

TrunkSpace: For fans, the final product of a film or series is always the most memorable part, but for those involved in a project, we’d imagine it goes much deeper than that. For you, what is something about your time working on Followed thus far that you’ll carry with you through the course of your life/career?
Solomon: I think what I just said about trusting myself is the biggest takeaway. There are maybe 10 minutes of that movie where I’m not on camera so I had to just go, go, go. The other big takeaway is my friendships with the cast, especially Sam Valentine and Kelsey Griswold. Any time I get to see them is a gift. When we get together it’s that feeling of returning to summer camp.

TrunkSpace: As an actor – a profession where you generally are required to work directly with other people in a scene – how have you kept the tools in your toolbox sharp during this extended period of isolation?
Solomon: It is so hard! I would love so much to be in a studio working with other actors. Fortunately, my acting teacher, Joe Anthony, has been doing zoom scene work with us. Strange? Yes, but honestly it’s great practice for auditioning, and there are so many projects these days with video chats. Followed had so many video calls in it! So it’s an opportunity to sharpen a very specific acting tool. But I really miss being in a studio shouting at another actor and wondering if the office next door thinks we’re actually fighting.

TrunkSpace: Where are you hardest on yourself as an artist and how do you overcome those self-critical insecurities?
Solomon: Oof. Where does the list begin? I come from a family of go-getters, I went to very competitive schools, so I’m sort of hard on myself about everything. What I try to do is check that voice. I refer to him as the dictator. Those ideas and criticisms I have for myself come from external negative messaging, so I remind myself that they aren’t reality. I look that dictator in the face, smile, and say, “I’m good for now but thanks for your thoughts!” 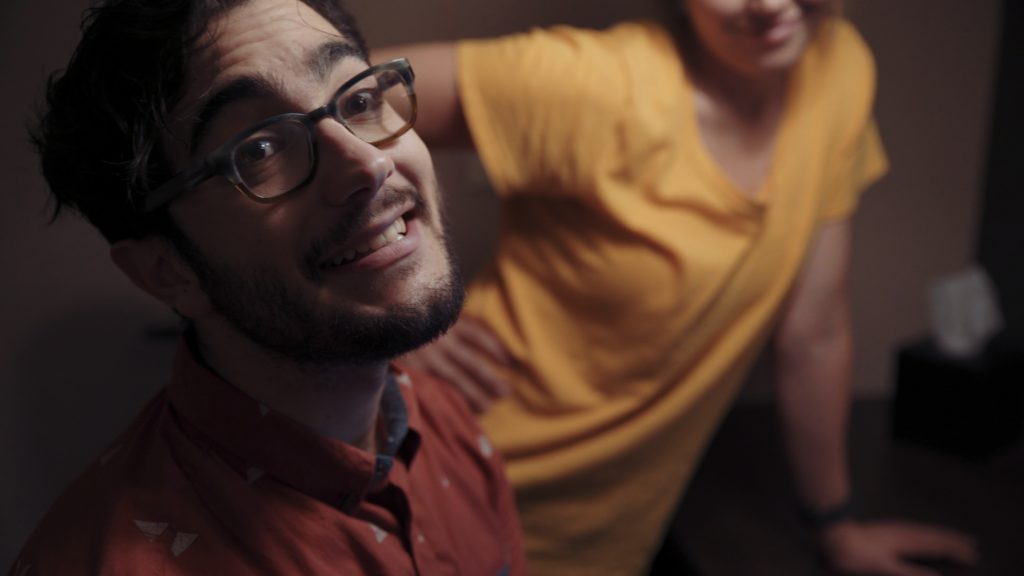 TrunkSpace: If you could sit down and have a conversation with your 16-year-old self, would he be surprised by the trajectory of your career, and if so, why?
Solomon: He certainly would – firstly 16-year-old me wasn’t planning on a future as an actor. For most of my teen years I had given up on the idea and applying to theater school was an impulsive choice. I’m in the unique position where acting is my job, and nothing else is. I didn’t expect that to happen while I was in my 20s.

TrunkSpace: What has been the highlight of your career as a whole thus far?
Solomon: I think this is the highlight right now; having my movie premiere during what could have been the slowest point for my career thanks to the pandemic, having the movie do well in the box office, and making Thrillist’s best horror movies of 2020. That’s all pretty cool! What’s so gratifying is that every step forward in my work has been a highlight, so I look forward to newer and bigger highlights in the future!

TrunkSpace: Time machine question. If you could jump ahead 10 years and get a glimpse of what your career looks like a decade from now, would you take that journey? If not, why?
Solomon: I want to be cool and say no, but I definitely would. Because there are small moves here and there that I can definitely go back and say, “You should have listened to your gut.” So yes I would like that glimpse, and hopefully I would be prepared for a few pivotal moments.