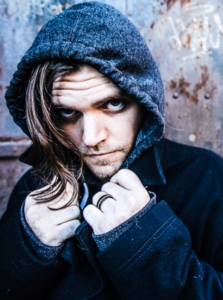 With his first solo album, The Mourner’s Manual, set to drop in February, Matt Megrue is no longer blending into the background of a band. Now front and center with his name the only thing standing between the music and the audience, he knows that he can no longer stay camouflaged, but it’s an experience he is ready to grow from, both as an artist and as a person.

“It’s not about commercial success or failure as much as it is continuing to grow, evolve and giving myself the space for creative mistakes and coincidences to shape what I am doing,” he said in an exclusive interview with TrunkSpace.

We recently sat down with Megrue to discuss staying present, looking beyond those bottles of lightning, and why it’s important for people to spread the word (and music!) of their favorite artists.

TrunkSpace: Your new album, The Mourner’s Manual, is set to be released on February 7th. What kind of emotions do you juggle with as you prepare to release new material into the world?
Megrue: It’s a weird mix of a lot of different emotions: excitement in that this creation is finally leaving your hands and making its way out into the world, anxiety around making sure everything is planned and you’re doing everything you can to support the lead-up to the release, hope that the songs might resonate with some people, as well as a degree of disconnection, in not putting too much into the inevitable highs and lows that come with releasing a new album.

TrunkSpace: Is there a different vibe with the build up in releasing this album as a solo artist as compared to when you were in projects like The Unusual Suspects and Loners Society? Is there more pressure involved when it’s your name and your name alone above the album title?
Megrue: Absolutely.

I was the primary songwriter in all of my other bands and, if I am being honest with myself, I think that was why I avoided putting records out under my own name for so long: if something were to “fail”, I could always hide behind a band name. Obviously, you don’t get that luxury when you put things out under your own name.

But for me, lately, it has become more about redefining why I continue to create music. It’s not about commercial success or failure as much as it is continuing to grow, evolve and giving myself the space for creative mistakes and coincidences to shape what I am doing.

TrunkSpace: You started your The Mourner’s Manual journey in 2016. Because it has been a part of your life for a number of years now – and as excited as you are to have it finished – is there a part of you that feels like you have a bit of a creative void now that you have to fill, and if so, what are you filling it with? 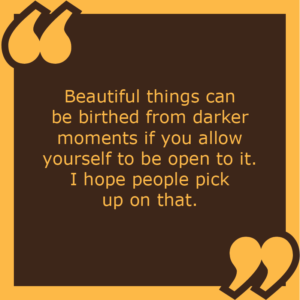 Megrue: There definitely is a void once you wrap up a recording, and like most creative people I know, I also have a tendency to say, “Okay, on to the next thing.” without really taking the time to be present in what I just did. It is something that my drummer (Kyle Polk) pointed out to me, and I recently caught myself doing that. I was already moving on, writing for the next record, but have since taken a pause so that I could be present in the process of putting out this record and getting ready to tour it a bit.

TrunkSpace: In a message on your website, you wrote that the album is… “Loss. Love. Anger. Hope. Longing. Vulnerability. Spirit.” In a way, is releasing this album a bit like a therapy session because you’re sharing so much of who you are with those who choose to listen? Does that vulnerability on the album translate to vulnerability for you as an artist on the eve of its launch?
Megrue: It does, somewhat, but I think that’s where the disconnection I mentioned before comes in. For me, it’s not only about disconnecting from press, praise and negative critique, but also the material itself, to a certain degree.

The goal for this record was to leave it all in the studio and on tape, so to speak. The studio is the moment to dive into the raw emotion and vulnerability; but once that is over, I have to disconnect in order to perform certain songs over and over again. Otherwise, without that disconnect, I feel like I’m functioning but completely exposed.

TrunkSpace: If someone sat down to listen to The Mourner’s Manual front to back, what would they learn about you both as an artist and as a person?
Megrue: That is a really difficult question to answer. I think I can answer it best by telling you what I learned about myself in those regards.

As an artist, I learned that maybe I am a little more capable than I wanted to believe. What I saw as “writer’s block” leading up to recording this album, was probably more me not allocating the time to really put in the work. I was waiting for the “lightning in a bottle” moments and kind of forgot the “10 percent inspiration, 90 percent perspiration” rule. Once we got the gears going and got into the rhythm of doing the work, everything started falling into place.

As a person, I think I found a more empathetic lens with which to view the world than I have ever had before. I dug into some fairly heavy topics with this record, but I wanted to balance that with a sense of hope. Beautiful things can be birthed from darker moments if you allow yourself to be open to it. I hope people pick up on that. 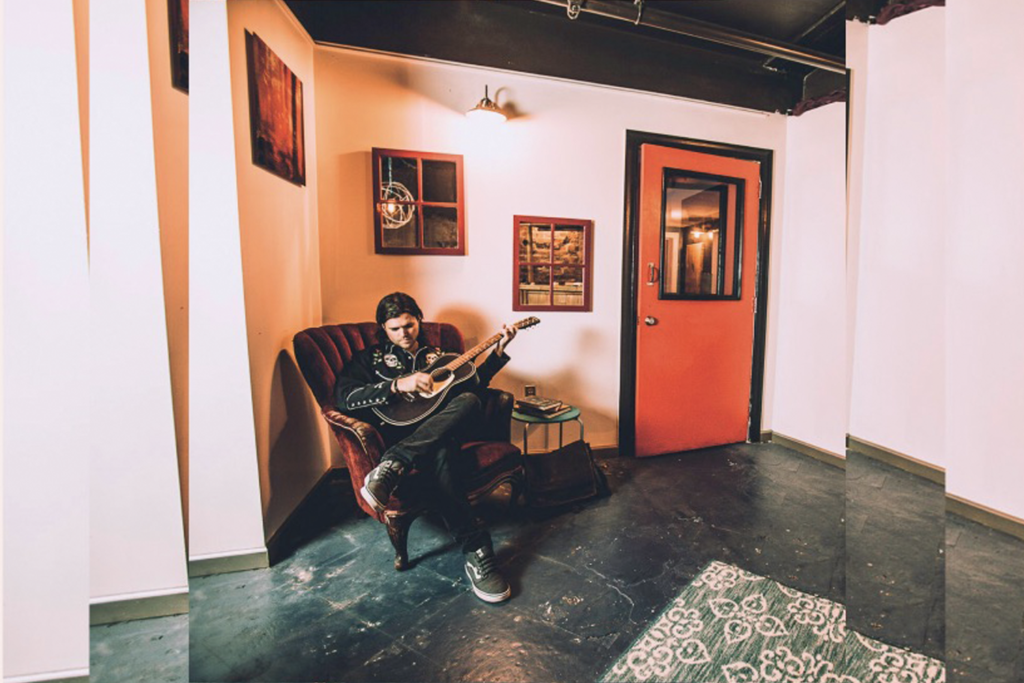 TrunkSpace: What are you most proud of with the new album?
Megrue: I’m just proud that I made a record that I am proud of. Granted, I have “new album fatigue” right now from listening to all of the various phases of mixing and mastering, but I am really proud of it as a representation of who I am and where I am at. Again, my hope is that some of that will resonate with people.

TrunkSpace: As an artist, can it be daunting looking out into the musical landscape and seeing how many artists are releasing new material at any given time? How do you cut through that noise and make a real connection to listeners in 2020?
Megrue: That’s a great question and, honestly, one that I wish I had a better answer for. I just try to be as honest as I can in how I write and release material. I believe people are yearning for authenticity more than ever before, and I just try to make music that is a true, authentic representation of who I am.

As far as cutting through the clutter, a lot of that onus is on the listener. If you love a band or an artist, tell your friends, tell the band, blow up social media. I know that I have found most of my favorite bands through the recommendation of a friend or someone whose tastes I really respect.

TrunkSpace: Where are you hardest on yourself as an artist and how do you overcome those self-critical insecurities?
Megrue: Lyrics. Definitely lyrics. I put a lot of sweat into trying not to say the same things the same way, and it makes it really easy to get lost down a rabbit hole. It’s something that I still work on constantly to overcome, but having people around who you trust and won’t just tell you what you want to hear helps a lot! You can reach the right destination a lot faster that way.

TrunkSpace: Finish this sentence. “I wouldn’t be able to create music if I didn’t have…”
Megrue: “the goosebump moments.” If you’ve ever played music, you know what I’m talking about. 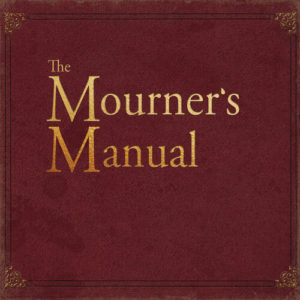 There were so many of those moments making this record where we would just drop a sample in or write a riff and things would fall into place around it. It was almost creepy at times.

Even playing live, you get those moments where everyone is so perfectly in sync that you almost want to play a wrong note just to make sure your amp is still working.

Those moments, and doing it with people you love and respect, is what it’s all about.

TrunkSpace: If you sat down with your 10-year-old self and gave him a glimpse of his future, would he be surprised by where his musical journey has taken him thus far?
Megrue: Probably. When I was 10 I was really deep into that 90’s country music. So, he would probably be quite confused at how he got from there to doing the kind of music that I do now.

TrunkSpace: Time machine question. If you could jump ahead 10 years and get a glimpse of what your career looks like a decade from now, would you take that journey? If not, why?
Megrue: I don’t think I would. The fun lives in “the not knowing”. Again, for me I love creating the space to let the “mistakes” and “coincidences” happen and allowing that to lead where I go next.