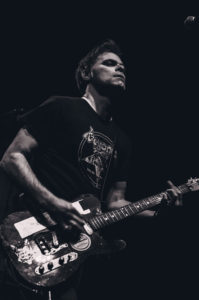 What goes around comes around in the world of music. What’s old is new. What’s dated is retro chic. What’s gone is back.

For the rock duo Local H, none of that means squat. They’re not interested in drawing attention to themselves for anything other than the music they create and they aren’t big on nostalgia. Instead, the Illinois natives who hit it big in 1996 with the “alternative” single “Bound for the Floor” have been facing forward for the last two decades, cranking out new material and looking to improve upon each album they record.

The one constant in the band’s ongoing story since it first formed in 1997? Guitarist, bassist, and lead vocalist Scott Lucas.

We recently sat down with Lucas to discuss being the loudest band on a bill, preaching to different choirs, and why he doesn’t worry that another album is coming.

TrunkSpace: You guys seem to have an obscene amount of tour dates in front of you.
Lucas: Yeah, it’s been a pretty busy year.

TrunkSpace: We’re dating ourselves, but a couple of us here at TrunkSpace saw Local H at a radio show in Providence, RI back in 1998. You were easily the loudest band on the bill, which is something that people always associate with you, right?
Lucas: Yeah. I’m sure there’s some sort of inferiority complex involved there with that.

TrunkSpace: That show was a WBRU radio show, a very well-known modern rock radio station that unfortunately, just stop transmitting a few weeks ago.
Lucas: Oh, no. That sucks.

TrunkSpace: Has the disappearance of rock radio stations affected the band at all?
Lucas: No, I don’t think so. I mean, we still have a pretty good relationship with stations that we’ve always had, but I think a lot of that stuff is basically classic rock at this point, and so that kind of music has always been pretty conservative in the first place. The kinds of things that they would play have always been… there’s not a whole fuck of a lot that you could say was alternative, even though they used those words. You can’t look at a lot of the bands that they would play and think that those were crazy alternative bands. I wouldn’t expect them to change, and the kind of stuff that does get played now, it’s not music that’s made for me, so I don’t really feel that I have a place to comment on it. It’s purely music for teenagers, and that’s the way it should be. The way people listen to music has changed, and I don’t think it really has hurt us, and I don’t think it’s hurt a lot of bands out there.

TrunkSpace: What has been more difficult for the band, finding your fanbase when you first started or has it been maintaining a fanbase over the years?
Lucas: I wouldn’t say it’s that difficult. I mean, we just kind of haven’t really changed our plan of attack for quite some time now, and I think we’ve figured out what we feel comfortable doing. The main thing that we’ve been looking for over the years, and it is kind of working out for us now, is just finding like-minded bands to go out with. It kind of changes things up for us, and that’s something that’s good to do – it just changes the people that you play in front of sometimes, and you’re not always preaching to the choir.

TrunkSpace: Does that help to keep the experience fresh for you? 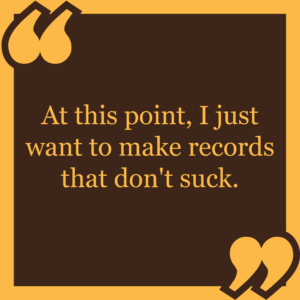 Lucas: Yeah. It’s nice to get the chance to, for lack of a better term, turn on new people.

TrunkSpace: As you sort of look over your career as a whole, and you look at the library of music that you created, is there one period or era of the band that holds the most charm? Is there any nostalgia value with any of it?
Lucas: No. I’m not too big on nostalgia, and I kinda think it’s a waste of time. The thing you should always be doing is trying to get better, and keep trying to maintain a standard by which you think you should be working from, and just falling back on old bullshit is not really that interesting to me.

TrunkSpace: Where do you feel like you’ve improved the most as a musician – as a lyricist, as a songwriter, etc. – over the course of your career?
Lucas: Sometimes I like the sound of my voice better, maybe, and sometimes I listen to those old records and I’m like, “That sounds like a child.” I don’t know. That’s another thing that I’m not too interested in analyzing. I can’t really work that way. It’s not my job to say. I just have to try to do good work without thinking, without overthinking it, as well. Sometimes people make moves that call attention to themselves, and that doesn’t always work. Sometimes it works, but sometimes it’s just not a good move.

TrunkSpace: Does that put you in position, as a creative person, to always be moving forward? Are you of the mindset that when something’s done, a new album, you’re already moving onto the next one?
Lucas: Well, not really. I feel like what I have to do is, once you make a record, I need time to charge my batteries. I need time to just go out and do things, and just consume, take things in, and then hopefully something comes out. We don’t really leave a lot when we makes records. We don’t leave a lot for next time, so there’s always that feeling of, “Well, that’s it. I don’t know where the next record’s gonna come from,” so I think that’s a good way to be. But then you do have to give yourself time to come up with something that you feel interested in, and you want to chase. 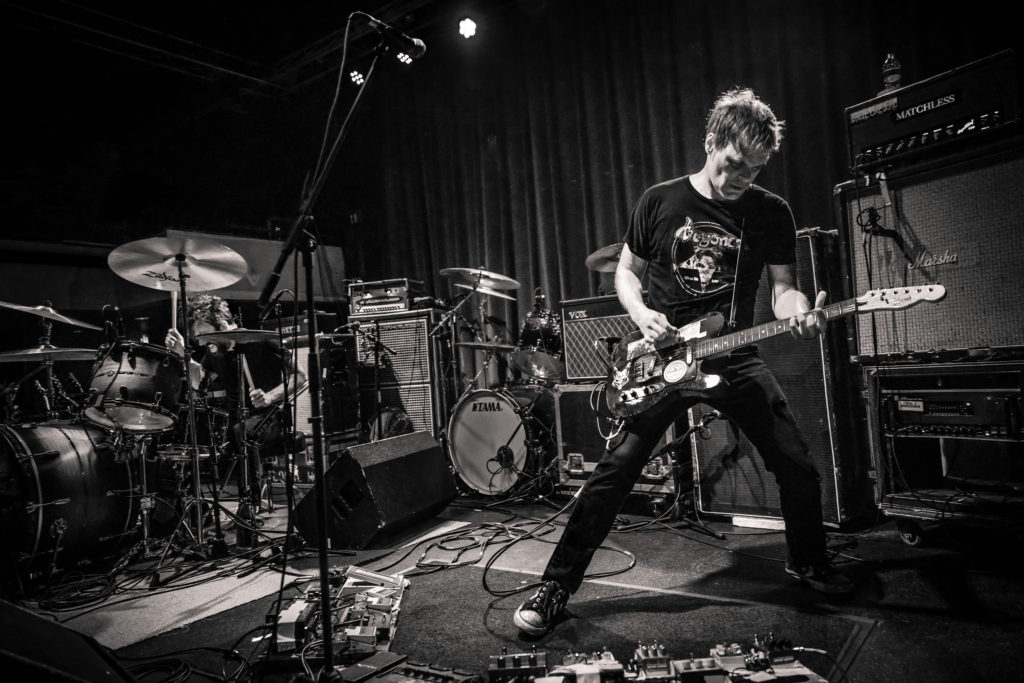 TrunkSpace: You say you might not know where the next album is going to come from. If we were to read into that, would that mean that maybe there’s a chance that there is a last album? Is there a time where you could see yourself walking away from music?
Lucas: I don’t know about that. I don’t know if anybody knows of that. You’ve got people saying it’s going to be the last record, and then within two years they’re back with a new record, and that kind of LCD Soundsystem, crying wolf type of thing seems to be happening a lot more lately, and I certainly don’t want to add to that. Even after the first or second record I was kind of like, “I don’t know where the next one’s going to come from,” so having that feeling over and over, I’m pretty comfortable with knowing that there will be another one, and something will come. It doesn’t really worry me.

TrunkSpace: Not knowing where it’s going to come from sort of means that it’s probably going to come from a different place, which means creatively you’re moving on, you’re moving forward, and in the end, isn’t that always the idea?
Lucas: Sure, and when you look back you hope that you can see some progress, but I don’t really go looking for it. At this point, I just want to make records that don’t suck.

TrunkSpace: As you continue to make records, and continue to put out more songs, is it interesting to look at the body of work as a whole and go, “That library, that’s me, I created that?” Is there ever a legacy look at what you’ve done?
Lucas: I mean, it’s nice to know that if anybody wanted to know what I thought, and what was on my mind, and how I looked at the world, they could look at those songs. It’s pretty much there. My whole worldview is pretty much laid out in those songs, and that’s kind of nice. Not saying anybody would want to know, but if they did want to know, there’s certainly a blueprint there.

TrunkSpace: It’s almost like an unintended journal.
Lucas: Yes, it is, and like all journals, they can be pretty fucking painful to read through. Embarrassing.

Local H is currently on tour with The Toadies. Dates are available here.