In the world of zombie apocalypse shows, the undead usually get the most attention. It’s not their performance that wows audiences, but the creative blood and gore associated with their death and eventual reanimation. It’s that very “what are we going to see next” that has become a staple of “The Walking Dead” small screen universe, which also includes the spinoff “Fear the Walking Dead,” currently in its third season.

While we revel in what the special effects makeup crew are capable of achieving in both of the ongoing series, it is the performances of the talented cast that compels us to care. On the surface we eat up everything that the walkers are eating (which is usually someone as oppose to something), but at the core we continue to tune in because of the human element and the more relatable villain, survival.

Lisandra Tena is one of the reasons we have been drawn to the latest season of “Fear the Walking Dead.” As Lola, the Water Queen, the New Mexico native has brought a new dynamic and apocalyptic point of view to the AMC series, and with only a few episodes remaining, she promises a big change is coming for her character.

We recently sat down with Tena to discuss how it took some time for the enormity of the job to hit her, what keeps her character alive, and why it’s important not to get too invested in Lola’s long-term possibilities.

TrunkSpace: You’re now a part of one of the most popular franchises in modern pop culture. How long after being cast did that hit you?
Tena: It didn’t actually hit me until after I was done shooting. (Laughter) And it didn’t hit me until I got my first fan mail. I thought that was pretty cool.

It’s a really incredible opportunity, I have to say that. I feel really, really fortunate to have landed this role. I’ve been getting a lot of mail, social media mail, and I think now it’s becoming more apparent. I had friends tell me, “Do you know how big this is?” and I was like, “Yeah, I do know how big this is.” But really, it didn’t hit me until after.

TrunkSpace: Is there anything that someone can do to even prepare mentally for that kind of life-changing career experience?
Tena: I feel really, really great and really guided when it comes to having a manager, and starting to learn about publicity, and stylists, and interviews, and talk shows, and things like that. I feel really good about having a team now, because otherwise, I would be freaking out – and I kind of was. (Laughter) I kind of was at first because you get all these new experiences, and I’m learning all these new things – all these different aspects about what’s next.

So it’s really fun, but I don’t think you can really prepare for it. I think one of the most important things to have is a solid team of people working with you, like an agent and a manager. Those are the people that are going to guide you and lead the way, and be like, “Okay, so we’re gonna do this, and this is next.”

TrunkSpace: And it must be nice to be on an ensemble show that already existed when you came into it because in a lot of ways, you can always fall back on your castmates because they have all 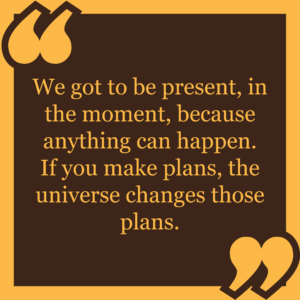 gone through the same experience?
Tena: Yeah, that’s true. And there’s that pressure right away – this sense of pressure when you’re coming into something that’s already been established. The group is a family, the cast is a family, and they’ve been working with each other and you think, “Well, how are they going to take me?” I was very surprised because everyone was welcoming, and the overwhelming feeling that I had definitely just put me at ease because everyone was so welcoming, and really professional, and nice, and the cast was really warm towards me. They were really great. That made it really easy and then I could focus on other things, like my lines. (Laughter)

TrunkSpace: It is probably really important for a set like “Fear the Walking Dead” to be welcoming because they have a pretty high turnover on account of all of the character deaths. (Laughter)
Tena: Exactly. They’re like, “Let’s just be friends now because who knows how long this is gonna last!” (Laughter)

TrunkSpace: Nearly all of the characters within the universe, both in Fear and the regular “The Walking Dead” are all strong in their own way, hence their ability to survive. From your perspective, what are Lola’s strengths and what will keep her alive as things sort of continue to deteriorate, as they always do in this world?
Tena: Well, I think one of her strengths is servitude, having this innate servitude of wanting to help others and not caring so much of the self, but caring for other people. I think we definitely need more of that in the show, to honestly care for another person. I think that comes genuinely to her more so because she’s been at the dam basically her entire time in this existence, and that’s her life now. That’s where she works. That’s where she lives. And so I think in turn, that also may be a weakness because she doesn’t know what the outside world is like at this time, in the apocalypse, and how people actually become – how they turn and how easy it is to make a bad choice or bad decision.

I think what will help her survive is her getting on that train quickly when it comes to taking, for example, Daniel’s advice, and really making some decisions that will be for the benefit of this thing that she has, which is the dam. It is very valuable and I think she’s starting to understand that. But in a world like this, you can’t be soft. You’ve got to be a little tougher and more realistic. You need to have some sense of grit. She’s not a violent person, so I think it’s a little tough for her. 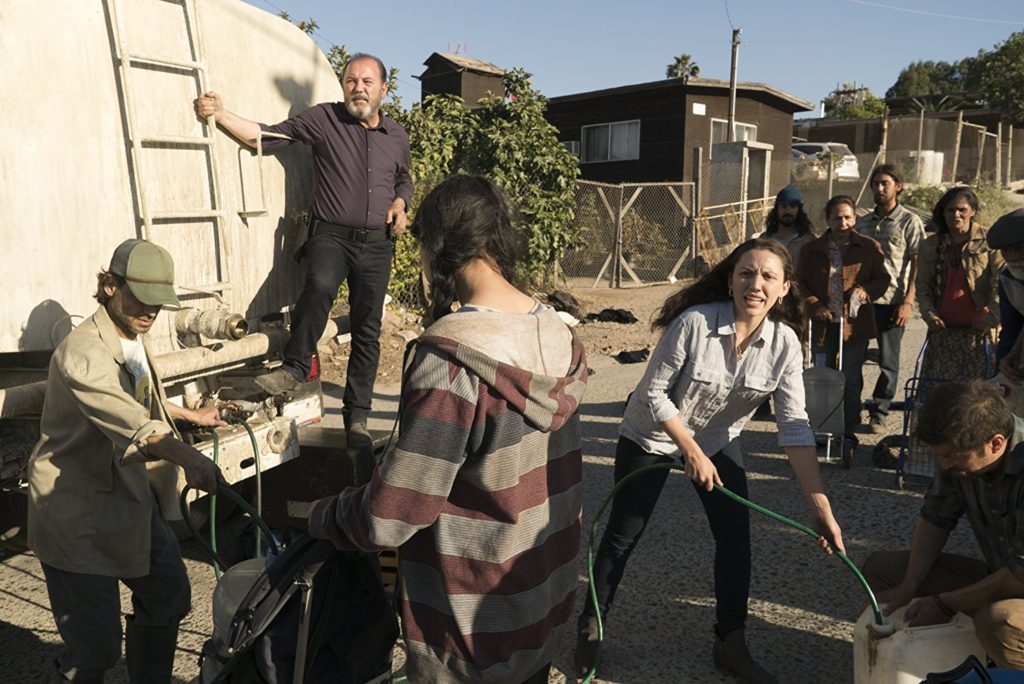 TrunkSpace: And in a lot of ways, surviving in this world means not showing other people your weaknesses, right?
Tena: Yeah, exactly, because the only people here running the dam now is just Lola with Daniel at her side, and Efrain. I think that the people have this view of what the dam is like and the people that are running it, and they probably, in their mind, are thinking it’s being ran the same way as Dante was running it. So they’re becoming aggressive, and they’re frustrated and angry, and she’s like, “No, no, no, this is different. I’m a different person. We’re gonna run things differently now.”

TrunkSpace: So within all of that complicated, human nature conflict that the character is tied to, what for you has been your favorite aspect of Lola performance-wise?
Tena: That’s a good question. I haven’t been asked that question.

I can’t say what it is, because it hasn’t aired yet, but what I can say is that I definitely didn’t see it coming in the last episode of this season. What’s gonna happen, and the change that happens in her, is actually really, really nice to see in Lola. There is a huge change in her in the last two episodes, and I’m really happy with it.

TrunkSpace: Is it a change that you didn’t anticipate with the character when you received the first script?
Tena: Yes, exactly. When I got the sides, I did see a range in this character, which actually was what really attracted me to the role. We saw a sensitive side. We saw a strong side. We saw a variation – a playful side. What we see in the last two episodes is a drastic kind of extreme of her personality, something we maybe will not have expected.

TrunkSpace: So in a show where your character can become zombie food at any moment, does a part of you have to work at not being too invested in her long-term possibilities?
Tena: Correct, you have to be in the moment and that’s all you got to focus on. We don’t even get the scripts – we don’t get other episodes ahead of time. We get them the week of sometimes and it’s like, “Okay, this is what we’re shooting and this is what’s happening.” And that’s the way the world is too. In the apocalypse, you got to think in the now – where are we going today, maybe tomorrow, and we got to be listening to what’s going on. We got to be present, in the moment, because anything can happen. If you make plans, the universe changes those plans.