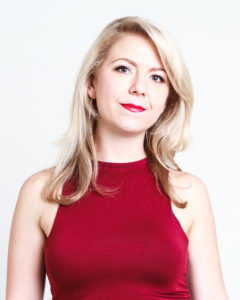 TrunkSpace: Was comedy always in the cards? Were you a “funny” kid?
Curry: As a career, no, it definitely wasn’t “always in the cards.” I come from a very funny, but extraordinarily blue-collar family. The idea of comedy being a career option was about as realistic as waking up one morning with a tail. While my family watched a ton of comedy, we weren’t one of those households who knew writers’ and actors’ names. That’s a thing I envy about a lot of comedy writers’ upbringings – it has to give you a bit of a head start to come into this business with some real knowledge of it.

To answer the second question, yes, I was a funny kid. I was always a weirdo doing silly shit, right up until I learned to be uncomfortable in my own skin – thanks, puberty!

TrunkSpace: When did you decide to pursue stand-up comedy as a career and did you make a plan for how you would attack things?
Curry: I still don’t have a plan! I only started taking stand-up seriously after I was about three years in, so seven years ago. I had every intention of pursuing acting until I started doing stand-up. I resisted it for a long time. It was just too daunting to think of all of the work that was ahead of me if I wanted to make a career out of it. To be totally frank, what pushed me to really get after it was seeing all these people I knew who were 10 years older than me, who had been half-assing things for 20 years and were still scraping together bits and pieces of a career while waiting tables. It was like being visited by a twisted version of the Ghost of Christmas Future.

TrunkSpace: How long did it take for you to discover your voice as a comic?
Curry: That’s something that always feels like a work in progress. I’d say I mostly have my voice, but I’m still a baby in stand-up years and 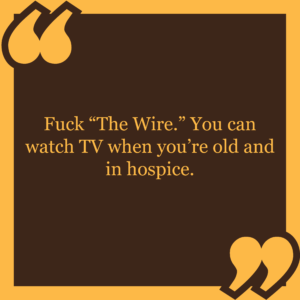 I’m still figuring out how I feel about a lot of things and I’m getting more comfortable with myself and my thoughts every year, which changes everything from my material to the way I move on stage.

TrunkSpace: Is the approach you take now on stage different from the approach you took when you first started out? Is it one act that grew into itself or would you consider them two completely different acts?
Curry: Absolutely. Thankfully, beginner me is unrecognizable to current me. And I hope I feel the same way in another 10 years from now. When I started out, all I wanted was to be Chris Rock. Then, maybe a couple years in, I read or heard in an interview that you don’t get to choose your voice. Your voice chooses you. And that made so much sense to me. I still love Chris Rock but now all I want to be is Lisa Curry, not the next “so-and-so,” unless someone out there is crazy enough to think I’m the next Pryor. That, I’ll take, but I’ll pretend to be embarrassed by it.

TrunkSpace: Is the neon “Open” sign in your brain always turned on, and by that we mean, are you always writing and on alert for new material?
Curry: Yes. I’m not a comic who’s “always on,” but my brain certainly is. Sometimes, I’ll almost be asleep and have to get out of bed to write something down. Or I’ll be in the middle of a conversation and think of a joke and I don’t want to be rude and stop to write it down, so I just repeat it in my head again and again, while totally checking out of the conversation. It can be a nuisance for me and everyone around me. By the end of this questionnaire, we’ll have the answer to, “Why am I single?”

TrunkSpace: How much work goes into a joke before it’s ready to be tested out in front of a live audience?
Curry: Zero. I’ve straight up read out of my notebook on stage before. I mostly write on stage, so a lot of my bits start out as terrible, rambling nonsense at mics or bar shows. If I’m showcasing or featuring or headlining, I have a set list, but it’s never totally firm. If something pops into my head suddenly while I’m on stage, I have to say it, even if everything inside of me is telling me it’s going to fail.

TrunkSpace: If a joke doesn’t seem to be working, how many chances do you give it in a live setting before you decide to rework it or move on from it altogether?
Curry: Oof. Too many, probably. I don’t have a hard and fast rule on this, but if I’m really excited about something, I may keep doing it for a year and trying to rework it. Other bits are more of a compulsion, where I just have to say the dumb thing once to get it out of my brain and then I can move on. That’s a weird thing, by the way. Sometimes a stupid thought will eat at me until I say it out loud and then it’ll disappear and I can move on. It’s like being possessed.

Please send me your recommendations for a reputable exorcist.

TrunkSpace: Is it possible to kill one night and bomb the next with essentially the same set, and if so, what do you chalk that up as?
Curry: Yes. Absolutely. I’ve had nights where I did the same set at different places on the same night and had it go wildly different. I still haven’t decided if it’s better to bomb first and then crush or the other way around. You either start the second set in an insecure funk or you go to bed wanting to die. Tough call.

TrunkSpace: Does a receptive and willing audience fuel your fire of funny and help to put you on your game for the rest of your set?
Curry: Definitely. I come right up to the edge of the stage and perform from there, making eye contact with everyone that I can. It’s very aggressive, but in a friendly way, if that makes sense? I truly just love connecting with people. The more they’re into it, the more loose and physical I’ll get and I think they can pick up on that heightened vulnerability. 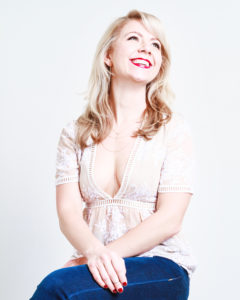 TrunkSpace: What is your most memorable performance experience (good or bad!) that will stick with you for the rest of your career and why?
Curry: Oh damn, so many! It feels gross to mention the best, but I sold out my solo debut at the Mach Comedy Fest in Machynlleth, Wales this year. That was an indescribable feeling. On the other hand, I bombed for 45 minutes in Louisville a couple years ago and it still upsets me to think about. So much so that I’d vote to remove Kentucky from the United States if it were ever on the ballot.

TrunkSpace: How do you handle hecklers? What approach do you take?
Curry: It really varies from show to show. I’ve never had a really bad one and I’ve never “destroyed” a heckler, nor do I care to. Almost 100 percent of the time, they’re just drunks who want attention. My family has owned a biker bar since before I was born and I grew up in that environment, so I’m exceptionally adept at de-escalating situations, especially with drunks. I don’t ever want to deal with a heckler, but unless I’m recording or it’s an important showcase, it doesn’t bother me much.

TrunkSpace: What are your thoughts on the stand-up landscape in 2018? Are you optimistic for the future of live comedy?
Curry: I don’t know what the future of live comedy is. Technology is changing the infrastructure of the entertainment industry so quickly, it’s impossible to tell where it’s going to land. I’m always optimistic, mostly out of necessity. I have to believe things are going to be good for a long time, otherwise, why am I even doing this?

TrunkSpace: Finally, who do YOU find funny?
Curry: I’m all over the place. Chris Rock has always been my favorite. And of course there’s Pryor. Dave Attell is a master. If there was a joke writing Olympics, he’d be buried under a mountain of gold medals. Adam Sandler’s Netflix special is pure magic – not that he needs my help promoting it. Leslie Jones blew my mind when I was coming up. I had never seen a woman perform like she does before her. I’m also a huge fan of Monty Python. My favorite comedy is either smart or vulnerable or both.

Now that I’ve covered famous people, there’s an unbelievable number of incredibly talented comedians right now. I work between LA and NY a lot and I’m constantly meeting and seeing new people I hadn’t known of who are absolutely killing it. Then, this May, I toured the UK and met a whole new crop of incredible comedians. I’m constantly blown away by people’s creativity. I have so many insanely funny friends and I don’t have space to list them all so check my Twitter to see who I’m following and retweeting. And for fuck sake, support live comedy. There’s so many free shows out there! Fuck “The Wire.” You can watch TV when you’re old and in hospice.