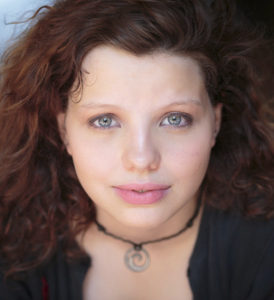 Relative newcomer Chloe Levine is about to see her career fly higher than a caped crusader. Playing Lexi Raymond in the new Netflix supergroup superhero series “The Defenders,” the actress and filmmaker is demanding your attention by delivering captivating performances. Case in point, the thriller “The Transfiguration,” which is also now available on Netflix and pairs nicely with “The Defenders” upon completion of the eight-hour binge you’ve probably already started.

We recently sat down with Levine to discuss performing opposite Krysten Ritter, getting to play in the superhero sandbox, and how she first became involved in the industry.

TrunkSpace: As you gear up for what are some pretty high profile project releases that will be in the pop culture zeitgeist, what’s going through your mind?
Levine: Well, I’m so completely excited to be part of such amazing projects, especially “The Defenders.” It’s so cool to be a part of the superhero saga.

TrunkSpace: They say that work begets work. Are you looking forward to seeing where some of these high profile projects take your career?
Levine: Yeah, for sure. I feel like I’ve been really lucky to be a part of some higher profile things.

TrunkSpace: You mentioned “The Defenders,” but another one of those projects that is locked and loaded is the HBO series “The Deuce,” which seems stacked as far as the cast goes.
Levine: “The Deuce” is going to be really fantastic, yeah. They have some really incredible people working on it like James Franco and Maggie Gyllenhaal. It should be really fantastic, which is something that HBO is kind of known for.

TrunkSpace: “The Defenders” hits Netflix today. Can you paint us a picture of where your character Lexi falls into things?
Levine: Well, I’m sure you know I can’t say a lot. (Laughter)

TrunkSpace: If you do, the black helicopters will swoop in and take you away.
Levine: Exactly. (Laughter) But my character, Lexi Raymond, is sort of a troubled teenager who has some difficulty dealing with her emotions and I can say that Jessica Jones sort of sees a younger version of herself in my character. 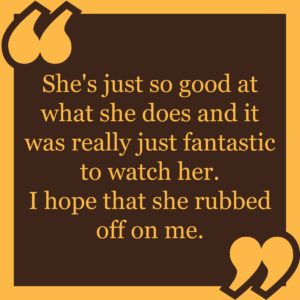 TrunkSpace: Does Lexi serve as a catalyst for aspects of the storytelling?
Levine: You’ll have to watch it. (Laughter)

TrunkSpace: The ensemble cast is filled with industry icons and incredible actors. Aside from being involved in what is a cool superhero project, did you go in thinking, “Okay, I’m going to absorb as much as I can from these people because they’ve been around and have done so much?”
Levine: Yeah, definitely. I got to work with Krysten Ritter for a lot of my scenes. She’s just such a pro. Just watching her on set, I feel like I learned so much about being a professional. She’s just so good at what she does and it was really just fantastic to watch her. I hope that she rubbed off on me.

TrunkSpace: Do you feel that because you’re tapping into this world, it’s going to open you up the overall Marvel/comics fandoms?
Levine: I’d certainly hope so. I think that the whole fan aspect of anything with Marvel is just so intense and people are really passionate about it. I would love to be a part of something like that for sure.

TrunkSpace: And what’s great about the Marvel universe in particular is that they are not afraid to bring characters back to further build out their world.
Levine: Exactly. It’s really incredible the way that they tell stories and the way that they intertwine characters. I mean, I would love to see Lexi back for more.

TrunkSpace: Another aspect of what Marvel is doing with their Netflix shows that works so well with fans is that they’re rolled out like movies. Because you can binge them all at once, it feeds that fan frenzy.
Levine: Right. I think that’s what’s kind of incredible about this whole binge watching movement that’s happening. You don’t really have a TV series. You have like an eight-hour movie.

TrunkSpace: And in terms of people being able to find more of your work, people can watch “The Defenders” on Netflix and then instantly fire up “The Transfiguration,” which is a film you starred in and is now available for streaming as well.
Levine: Yeah. it is now on Netflix, and iTunes and Amazon, so I hope more people will watch “The Transfiguration” too.

TrunkSpace: As a filmmaker yourself, is the idea of projects living in that streaming world exciting because it seems like it extends the shelf life of everything?
Levine: Yeah, I think that’s one of the things I really love about movies and just filmmaking in general. You tell the story and then it’s there forever. And now with things like Netflix, it’s so accessible.

TrunkSpace: Is the filmmaking aspect something you hope to spend more time focusing on in your career?
Levine: Oh, definitely. I would love to do more directing and writing. It’s something I’m really passionate about for sure.

TrunkSpace: Can you see yourself directing a project that you’re also starring in and being able to wear those multiple hats at the same time?
Levine: Yeah, that’s a goal, for sure. I can’t even imagine the amount of work and how difficult that must be. I’ve watched people do that, but I would love to be able to do that at some point. It’s an intense amount of focus needed.

TrunkSpace: So what was it that first drew you into this world? Was it acting or was it filmmaking?
Levine: Well, my older sister was an actress. She’s eight years older than me and I would always go on auditions with her when I was a little kid and help her with her lines and stuff. I would always be in her manager’s office. Then one day when I was maybe five or six, I went into my now manager’s office and was like, “When is it my turn?” (Laughter) Apparently, it was very cute.

So that’s when it started. That’s when it initially started and then I kind of did it on and off for a while. So it’s just been one of those things that’s always been there and that I’ve always just really loved doing.

TrunkSpace: And you have a new horror film due up as well, right?
Levine: I just wrapped on this movie called “The Ranger,” which is going to be a horror movie about a killer park ranger.

TrunkSpace: That sounds AMAZING.
Levine: (Laughter) Yeah, it’s something that I’m really excited about. It was really incredible shooting it and it was such really talented people and really good people to work with. So that should be fun, for sure!

“The Defenders” is available now on Netflix.

“The Transfiguration” is available now on Netflix.