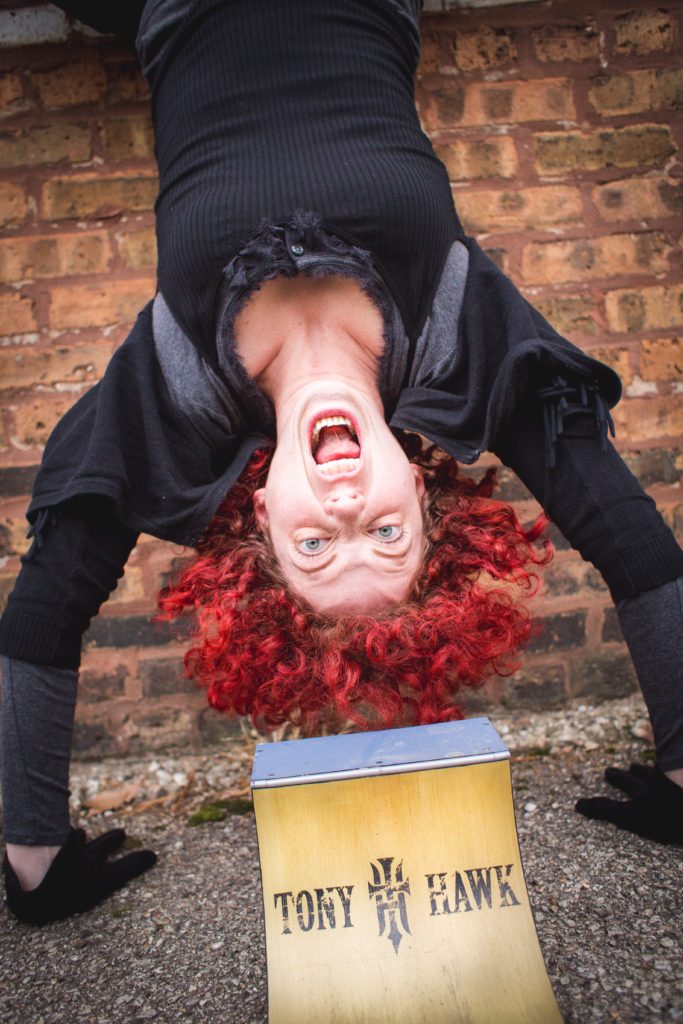 Why We’re Laughing: If the acts of Judy Tenuta and Steven Wright got funky off stage, Lundberg’s classic approach with a contemporary delivery would arrive nine months later. It doesn’t require a two drink minimum to laugh yourself silly at one of her performances.

TrunkSpace: Was comedy always in the cards? Were you a “funny” kid, even at an early age?
Lundberg: My dad made an evil hissing noise when he laughed and it scared me, so I didn’t try and make him laugh, but yeah, I was a funny kid.

TrunkSpace: When did you decide to pursue stand-up comedy as a career and did you make a plan for how you would attack things?
Lundberg: I decided in late high school that I would be a comedian. I had a binder labeled “Plan A.” It was filled with all my sketch ideas that I would pursue as long as I didn’t get pregnant.

TrunkSpace: How long did it take for you to discover your voice as a comic?
Lundberg: It took me about two years of high school plus two years of Sinclair Community College and three more years at The Art Academy of Cincinnati to find and refine my voice.

TrunkSpace: Is the approach you take now on stage different from the approach you took when you first started out? Is it one act that grew into itself or would you consider them two completely different acts?
Lundberg: The act I was first doing got me kicked out of comedy clubs (and strip clubs). Now, sometimes they pay me! So yeah, they different.

TrunkSpace: Is the neon “Open” sign in your brain always turned on, and by that we mean, are you always writing and on alert for new 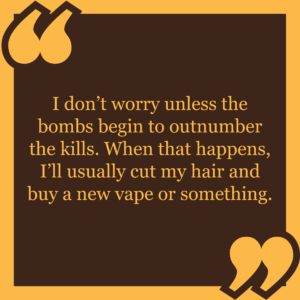 material?
Lundberg: Yes, but I turn it off at bed time. At night my brain is cleaned like a host in “Westworld.”

TrunkSpace: How much work goes into a joke before it’s ready to be tested out in front of a live audience?
Lundberg: I write it about two or three times before doing an open mic.

TrunkSpace: If a joke doesn’t seem to be working, how many chances do you give it in a live setting before you decide to rework it or move on from it altogether?
Lundberg: It’s not really a matter of how many chances. It just depends if I feel there’s substance to the joke.

TrunkSpace: Is it possible to kill one night and bomb the next with essentially the same set, and if so, what do you chalk that up as?
Lundberg: I don’t worry unless the bombs begin to outnumber the kills. When that happens, I’ll usually cut my hair and buy a new vape or something.

TrunkSpace: Does a receptive and willing audience fuel your fire of funny and help to put you on your game for the rest of your set?
Lundberg: I hope the audience is willing….

TrunkSpace: What is your most memorable performance experience (good or bad!) that will stick with you for the rest of your career and why?
Lundberg: I had a fun set in Cincinnati where a crack head wandered on stage and took the microphone from me. They kicked him out. I had a good set. 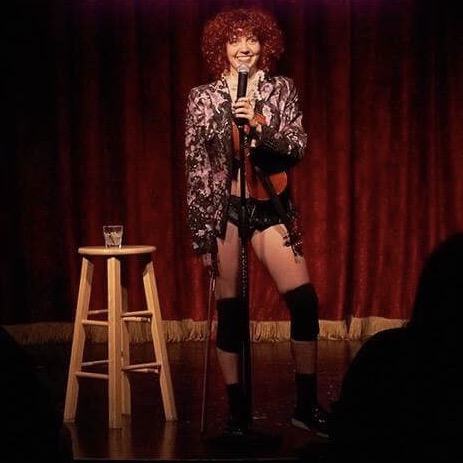 TrunkSpace: How do you handle hecklers? What approach do you take?
Lundberg: It depends. If it’s an audition situation, I let the audience or house staff take care of it. If I’m just working a club somewhere, I’ll get to know them better by telling them to shut up.

TrunkSpace: What are your thoughts on the stand-up landscape in 2018? Are you optimistic for the future of live comedy?
Lundberg: Its a gold mine out here, bruh.

TrunkSpace: Finally, who do YOU find funny?
Lundberg: I think Eminem is funny.