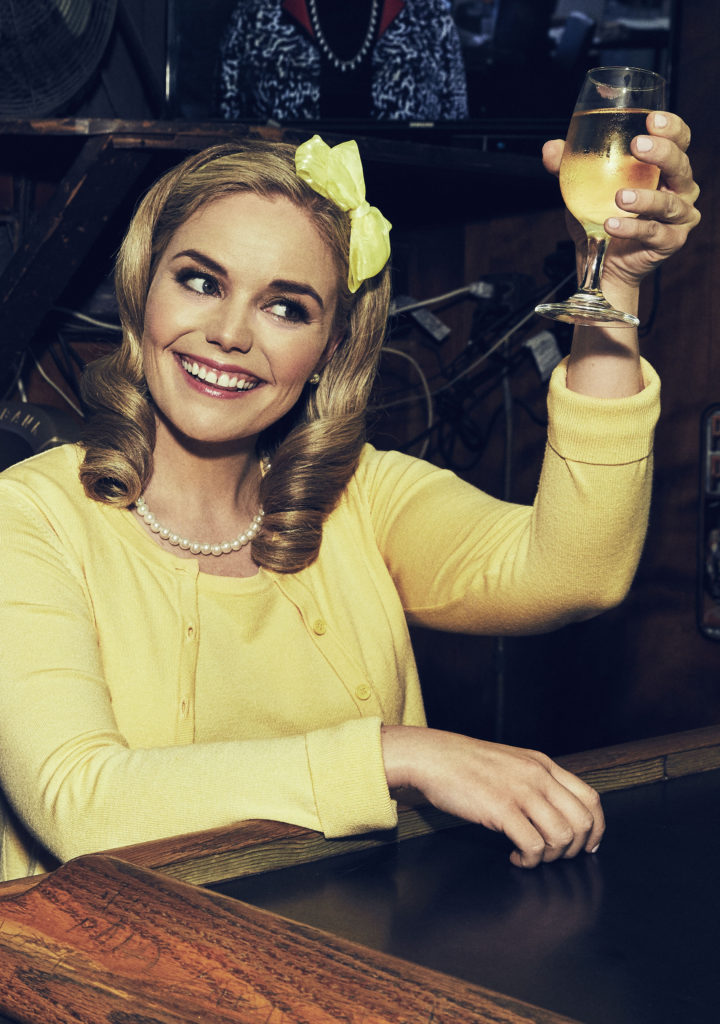 That ringing bell you hear signals that a TrunkSpace class is now in session. Overseeing our lesson in funny is “Teachers” star Kate Lambert, one-sixth of the comedy troupe The Katydids. In addition to portraying Ms. Watson in the TV Land sitcom, she is also co-creator, executive producer, and writer. That’s a lot of hats to wear anywhere but especially in a school, a place where wearing hats is generally frowned upon.

We recently sat down with Watson to discuss the enjoyment of being involved in all stages of production, how acting is one of her first loves, and why she would never make Billy Joel a merman.

TrunkSpace: Is being in a comedy ensemble anything at all like being in a band? Is the relationship similar? If The Katydids were to break up, would you go on a “farewell tour” à la KISS?
Lambert: I think it can be a lot like a band – everyone has something different and special they bring to it. On the administrative side, it’s a lot of coordinating schedules, etc. And on the creative side, it’s combining different voices into something cohesive. We would for sure go on a farewell tour like KISS, but mostly for the face paint.

TrunkSpace: The second half of your TV Land series “Teachers” kicks off tonight. For those who aren’t familiar with your journey, how did the show ultimately come together and was it a long process from inception to your first day of shooting?
Lambert: We started out as an improv group in Chicago. Caitlin Barlow put the group together and at first it was more of a bit because we all had a version of the name Katherine: Caitlin, Katie, Katie, Kate, Cate, and Katy. We called ourselves The Katydids and we did a few one-off shows and didn’t think anything would come of it, but then we eventually did a run at a theater and there was something about that run that was just different. We decided that we wanted to do the most with the group that we possibly could. So we hired a coach and started rehearsing. When we got a run at iO, we made sketch videos promoting it. I thought that instead of hanging up a flier with the name of a group that people might not know, we could instead show them what our humor was like with these videos and that might get them to come to our show. After that, we started making sketch videos.

Matt Miller, a director and casting director in Chicago, approached us with the idea of doing a webseries about “Teachers.” Then everyone created their individual characters and we wrote the webseries. When we released the webseries, it took off right away. An agent at William Morris, Alec Botnick, took us on so that we could work on selling it as a TV show. TV Land then called WME looking for original content and were sent our sizzle reel and they made an offer. So we were incredibly lucky in that we sold the show before we ever had to go out and pitch it.

TrunkSpace: Speaking of that first day on set for “Teachers,” was it exhilarating, terrifying, or a combination of the two? 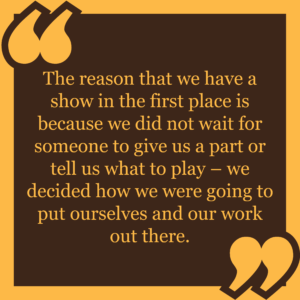 Lambert: I just remember being on cloud nine. It was so incredibly exciting to see so many people working on this big set in Los Angeles that used to be just a dream we had when we lived in Chicago. It was a lot of trying-not-to-cry moments and just being so incredibly grateful for the opportunity.

TrunkSpace: Now that you have been a part of the production machine for two seasons, do you still find any aspects of the process exhilarating, terrifying, or a combination of the two?
Lambert: I really love it all. As producers, we are hands on for so much of the process. We are in the writers’ room, at production meetings, on set giving notes, and in the editing room. I enjoy so much of it. I think editing is fascinating because it can make or break any moment. It’s the final writing of the episode.

TrunkSpace: Do you think “Teachers” could exist in its current form on one of the more mainstream networks? Is TV Land the perfect home for it not only because you’re making the show that you want to make, but also because there is less pressure to pull the maximum amount of eyeballs with each episode, which seems like a recipe for ulcers for those creators looking to make their mark with new, original content on something like a FOX or ABC?
Lambert: I think TV Land is the perfect place for “Teachers.” The network completely gets the show – it’s irreverent but it also has heart. They have allowed us to do the show we always dreamed of doing and that we think is funny. We are so grateful to them for their support and feedback. It’s made it a stronger show.

TrunkSpace: As a group, you’re all writing, producing, and starring in the show. Now that you’re two seasons deep, what is your favorite hat to wear in the process and why?
Lambert: I honestly don’t know if I could pick one. All of it involves things that I absolutely love. The writing process is so much fun because it’s limitless in what we can create for these characters and I love the process of pitching storylines, jokes, etc. I also really enjoy being on set. I have a big interest in eventually directing as well, so watching on set, giving notes, etc. is really interesting to me. Of course, acting is one of my first loves, and being able to do characters we created with the ideas we came up with in the writers’ room for such a big audience is really exciting.

TrunkSpace: In your opinion, how important is it that more women are not only spearheading content in Hollywood, but making the decisions on who those spearheaders (totally not a word but we’re running with it) should be? Do you hope that “Teachers” can help open the door for more women creators to get their projects greenlit?
Lambert: I think it is an incredibly exciting time. There are so many women who are creating and producing shows. They are inspiring and making the way for other women. There are so many people in this industry that I admire who have done that – Tina Fey, Amy Poehler, Abbi Jacobson, Ilana Glazer, Shonda Rhimes, Lena Dunham, to name a handful. I hope that “Teachers” can do the same for people. The reason that we have a show in the first place is because we did not wait for someone to give us a part or tell us what to play – we decided how we were going to put ourselves and our work out there. 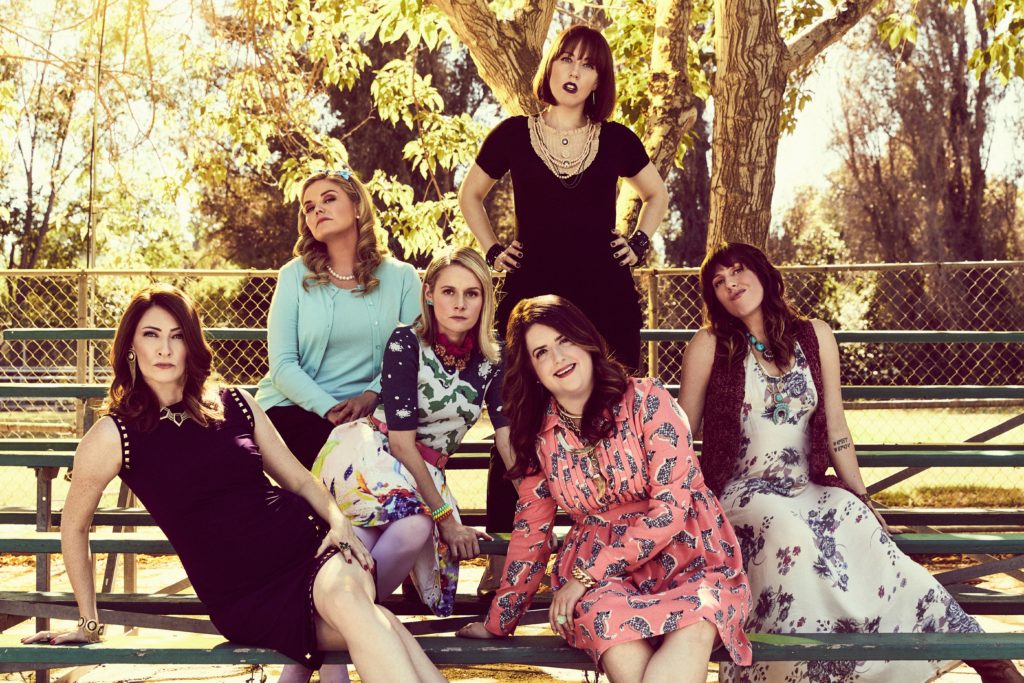 TrunkSpace: One of the things we always point out when it comes to music is that (and this goes back to our first question in a way) when a band is made up of all men, nobody calls it a man band, however, when a band is made up of all women, they call it a girl band. Why isn’t a band just a band and a group of comedians/creators just comedians who create? Are we getting closer to gender not being used as a label in entertainment?
Lambert: That is a great question and one that I think many of us find ourselves asking. I think that as more and more women get leadership roles in the industry and are in creative positions, that it will become less of a thing.

TrunkSpace: And Kate, we have to ask… we read in your bio that you’re dying to see Billy Joel in concert and that you still dream of being a mermaid. Would the ultimate dream then be – seeing Billy Joel in an underwater concert while living your life as a mermaid? Kind of the best of both worlds if Billy Joel was a merman too, right?
Lambert: Wow, my head just exploded even thinking about that possibility. Yes, seeing Billy Joel in concert is on my bucket list. He is one of my all time favorite musicians and I have always wanted to see a live show of his. But I wouldn’t make Billy Joel a merman; he needs his feet for the piano pedals.

TrunkSpace: Your story of how The Katydids first came together and how the group grew into what it is sounds very reminiscent of your executive producer Alison Brie’s Netflix series “GLOW,” only with less wrestling and more comedy. Has anyone made that comparison before, because it really does sounds similar in terms of the journey?
Lambert: I haven’t gotten that comparison before, but it is a huge compliment!

TrunkSpace: With that in mind, if someone with very deep pockets said, “We really want to tell The Katydids story in the form of a comedic series, BUT, you can’t play yourselves.” Terrible decision on the network’s part, BUT, you end up having say over the casting process. Who do you vote for playing you on screen?
Lambert: Jane Fonda, only so I can be associated with her in some way. I adore her and have always admired her.

TrunkSpace: What are you most excited for viewers to see in the second half of season 2?
Lambert: I really love that in season 2, we learn even more about the characters and see them in different lights. Also – there are some pretty exciting life moments that happen to several of the teachers.