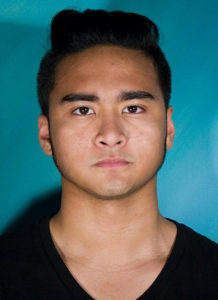 TrunkSpace: When did you know that you wanted to act for a living?
Flores: I didn’t wake up one morning and decide acting was what I wanted to pursue as a career. It was sort of this slow, prolonged realization that there was nothing the world could offer me that was more important than acting. It was an epiphany. I acknowledged in high school that walking into a classroom, I had a stronger desire to entertain my classmates than to actually “learn.” But to me, I was learning. I knew if I were to have a regular day job, I’d probably get fired trying to make my boss cry and co-workers laugh.

TrunkSpace: Was there a particular performance or actor/actress from your childhood that you remember being drawn to and inspired by?
Flores: There was always something special about watching Johnny Depp. Now, I hate even writing that because when I see him on screen, I know it’s not him. He’s not an “actor playing a character well” but solely that character. His ability to transform into another being with no false notes anywhere made me say, “Oh yeah. That’s it right there. I’m gonna do that.” A particular performance that inspired me was from a television show called “Teen Wolf.” This actor’s name is Dylan O’Brien and for some reason, I saw myself in him. I was this kid in school goofing around wondering if I was alone and so O’Brien’s character really resonated with me with his comedy.

TrunkSpace: How did you decide to approach your career as an actor? Did you formulate a plan of how you wanted to attack what is known for being a hard industry to crack?
Flores: It’s interesting. It went from a lot of thinking to no thinking at all. I knew how many people were out here, but ultimately knew that for some mad reason, it didn’t matter to me. People say that they “love” things or people, but the word “love” is so overused that people neglect its value. For me, at least, love is unconditional and it came to the point where I loved this so much that everything in my path disappeared. An actor definitely needs the “do or die” mentality and if you don’t have it, you either don’t love the craft or just want to be famous – or both.

My plan was to say yes to everything. However strange the role was the better. Being a Filipino-American, you don’t see many actors of my ethnicity on screen and so getting the courage to pursue this career knowing that was probably the hardest thing. But my key was to make it not about my race, but my talent and work. 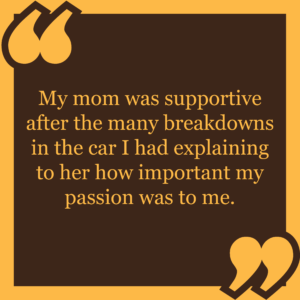 Flores: I am pretty young. Being 17, I just graduated high school and am currently pursuing my acting career and getting training at the University of Southern California School of Dramatic Arts. My mom was supportive after the many breakdowns in the car I had explaining to her how important my passion was to me.

TrunkSpace: Was that move an easy transition for you initially? How long did it take you to feel at home and find a good support group of friends and peers?
Flores: If you want to get better, it’s necessary to surround yourself with people who have the same interests as you. It is not a town to go through things alone. A person can learn so much from others who have the same level of dedication that they themselves have. With that being said, Los Angeles is a network-based city and so it’s actually kind of hard to find friends who don’t just use you with the intent of getting work. I understand for some actors moving to LA that they may find themselves slipping on ice, afraid and confused as to why they are there, but my advice is: if there’s no other place for you in the world, you belong here. So embrace the traffic and nail that audition.

TrunkSpace: What has been been your biggest break in terms of a particular role or project thus far?
Flores: I had a few lines on a television show on Comedy Central that got me my IMDb page (and first paycheck). An actor getting their first television credit is a HUGE deal, so that credit and my rather short-lived experience on that show was how I marketed myself. I think I would tell casting directors who asked what I was up to that, “I wrapped up shooting for the second episode of a show on Comedy Central” even two months after it was over.

TrunkSpace: Is there a specific type of role you’d like to take on or a specific genre that you feel more at home in?
Flores: Absolutely not. I feel that specificity disregards the value of the limitless possibilities that a screenwriter or playwright could think of for a character. I’d say the more complex, the better. If you know you can play a role, what’s the challenge? It can get boring playing characters that aren’t somewhat peculiar. I do enjoy comedy a lot! 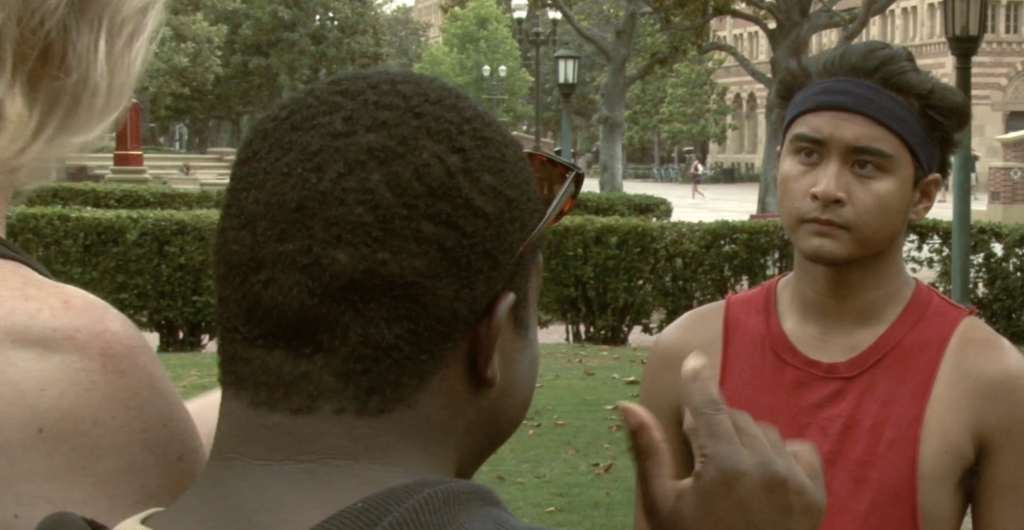 TrunkSpace: What is your ultimate dream when it comes to your acting career? Where would you like your path to lead?
Flores: My ultimate dream is to be able to be an instrument that tells a story that I am in love with. It is difficult to give your all in a project that doesn’t make you feel anything. The goal is quite simple – tell great stories and be a character entirely and truthfully. In the process, I pray that Asians, Hispanics, and other races realize that it is possible to break in. Let’s get lead roles where the actor isn’t white, but YOUR race. It puzzles me how Hollywood, though we’re getting better at it, will try to tell a story about the world and not have actors from all around the world take part in the project. Apart from that, I hope my path leads me to being a part of some great films. If you have a goal, you might as well go for the top. I aim to act in some of the most important movies of all time. And it’s about the message, not the budget. A story will attract the audience, not the actor. So to be a part of a meaningful project means so much more to me than a high-budget blockbuster. Now that I think about it, I grew up loving movies, but have always been drawn to television. I think it’s because you start to care more for the characters. Watching a TV show, the hours you spend on it makes you feel truly a part of the story. I’m not saying movies cannot do that, but definitely a unique relationship is formed through television that movies cannot achieve.

TrunkSpace: What advice would you give another young aspiring actor/actress who is considering moving away from home to pursue their dream?
Flores: Ask yourself why you want to be an actor. And disregard the first answer. Ignore the second. Keep on asking and asking until you really, really know. Understand that absolute certainty of why you want to pursue acting is required if you want to get work. Moving away can be scary, but your urgency to perform must be larger than the fear of letting go. Also, have fun in every risk you take. My favorite way to live life is by finding some way to laugh! Have levity, but maintain professionalism.

TrunkSpace: Where can people (and casting directors) learn more about you?
Flores: How lovely! I am very active on Instagram @darthvaderbutt. You can check out my IMDb page (Karl Kristian Flores) or shoot me an email at kmanflo@gmail.com.

I hope my answers provided some insight on the life of an actor, and pray you enjoyed a glimpse of the wide spectrum that is art!