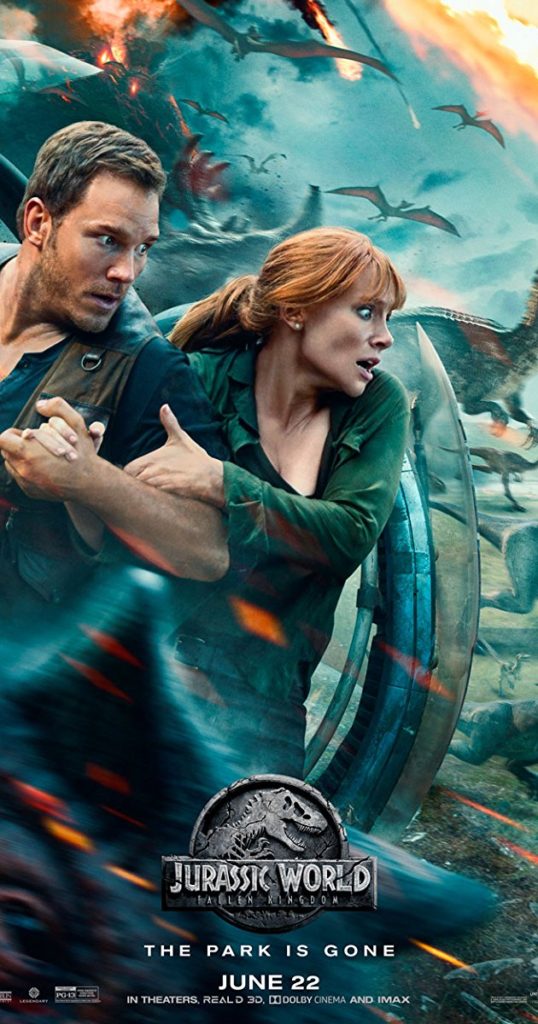 Reason We’re Watching It: Dinosaurs! We LOVE dinosaurs, and this installment of the franchise does not disappoint in that aspect. You get to see all of the classic dinos you know and love, and the movie plays out like a greatest hits album with all of your favorite moments from the Jurassic Park series all rolled into one Cretaceous clip show.

What It’s About: Three years after the events that took place in the Jurassic World theme park, all life on the island is threatened by a massive volcanic eruption that will wipe out every living thing. Owen Grady (Pratt) and Claire Dearing (Howard) return to the island with a team in the hopes of extracting as many dinosaurs as possible. What could go wrong? Well, pretty much everything!

Whoah! Rewind That!: Much like Jack-Jack stole the show in “Incredibles 2,” another young star had a “breakthrough role” in “Jurassic World: Fallen Kingdom.” A young Pachycephalosaurus was a much-needed comedy relief and played an important part in helping out Owen and Claire.

Watercooler-Worthy Tidbit: It’s been 21 years since Jeff Goldblum was in a “Jurassic Park” movie and 25 years since he first took on Dr. Ian Malcolm in the original “Jurassic Park.” Be warned, though, his role is more of a cameo, but it’s still great to see him back in the franchise.