Although Mulan was destined for a theatrical release, 2020 had other plans. With the arrival of COVID-19, many studios shelved their summer blockbusters, opting to wait out the storm, but Disney called an audible and the result was a massive tentpole movie premiering directly into our homes. This suits star Jimmy Wong just fine because  he believes it’s not where you see a film like Mulan that matters most, but who you see it with.

“While people don’t get to enjoy it on that big screen, the more important part about theater, to me, has always been the uniting experience that comes from watching a movie together with your family or your friends,” he said in an exclusive interview with TrunkSpace.

We recently sat down with Wong to discuss rays of hope, united New Zealanders , and why Mulan is so groundbreaking.

TrunkSpace: Does Mulan feel like a special release, because in a lot of ways, you’re giving people an escape at a time when they need it more than ever?
Wong: Yeah. I was talking about this the other day as well. In this current time period of the world, I think everyone is looking for a ray of hope. Quite insane in every part of the spectrum, it seems. And so I think having the ability to be able to watch this movie in an un-stressful way at home is going to be a really big part of what makes this whole release special. Even though it wasn’t as intended, and it wasn’t the idea, it’s still something that will be, I think, a wonderful escape for a lot of people.

TrunkSpace: And in terms of the industry, it could revolutionize the way things are done moving forward. 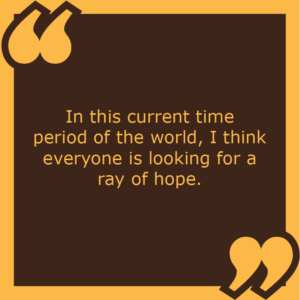 Wong: Yeah, exactly. And I think a big part of this as well was, this was a decision that was made out of necessity as much as it was out of convenience. And I think for a movie like this, that I’ve personally been waiting now almost five months to come out, I’m just so relieved that it finally is going to be able to be released in some way. And a big part of me is deeply sad that people won’t be able to enjoy it in the theater at the current moment, because it was a movie that was filmed with really big aspirations and with an amazing crew and a director of photography that is extremely talented, and has the ability and capability to make a movie that moves you. We even called one of the lenses that we used on the set the Lawrence of Arabia lens because it created such an epic shot. This is the kind of feel that we’re going for with this movie. While people don’t get to enjoy it on that big screen, the more important part about theater, to me, has always been the uniting experience that comes from watching a movie together with your family or your friends.

TrunkSpace: The beauty of it is, it can always be re-released into theaters when the dust settles on the pandemic, so in a way, we’ll be able to have our cake and eat it too!
Wong: Yeah. And I obviously can’t speak for any of the marketing or movie plans from the Disney side, but it would definitely make me very happy to be able to watch this in the theater when it is safe to do so. Maybe as early as, I don’t know, next summer or something? Because I think that would be a wonderful time to make sure that everyone around the world does get to see this movie because the story is so universal, and is going to be inspiring to so many people that that’s my main concern still.

TrunkSpace: We talked about it being the biggest movie to go this route in terms of distribution. How big of a movie was it to be on the set of? In terms of scope, was this the biggest project you’ve ever worked on?
Wong: It certainly was. And it was interesting because we did a lot of it not in the United States – not in Los Angeles. And so we got to work really closely with people that were deeply connected to our director, Niki Caro, because she is from New Zealand, and has a lot of the resources in that native country of hers to be able to make a movie like this possible. There was obviously a lot of times when they had to really be careful about how they spent the money, and how they budgeted it out, to just make it work because it’s such a huge project. So for me, it was really exciting to walk on set and see 300 people, all of them, for the most part, being native New Zealanders, and knowing that a lot of these people had history working on amazing projects, like The Lord of the Rings, and a whole list of other things.

So to me, it was great. We’re walking into this with the experience of all of these people that have this really deep, close, personal connection to each other because they’ve all worked in the same industry together, in New Zealand specifically. And in Hollywood, a lot of times you walk onto a set, and everyone has a ton of experience, but they all come from different places, different experiences. It was great to feel that unity that was just really prevalent on set. And you could feel it with the familiar nature of everyone there, that even though there were sometimes hundreds of people on set, it still felt like a very personal and intimate production.

TrunkSpace: And with so many people and moving parts, that commands a lot of direction to capture a scene or moment.
Wong: Yeah, absolutely. And big credit to Niki to find so many talented and badass women to take on all of these major roles as well. That, to me, is why this movie is groundbreaking in a lot of ways. It’s not only the first Hollywood movie to feature a full Asian cast at this budget level from a company this big, but it also features an incredible, incredible crew that is directed by a woman and crewed up by so many other amazing talented women as well. And I think, for being a story that, again, is all about a woman, it’s this wonderful confluence of a bunch of different things that I think will make a big difference in a lot of people’s lives when they watch it for the first time.

TrunkSpace: Obviously, it’s based on an immensely popular animated film. How does a movie like this stand on its own without getting comparisons to what came before?
Wong: I think being a Disney movie, and especially a Disney remake, no matter what, you’re going to open yourself up to those comparisons just because Disney is such a massive influence. So many people have seen and enjoyed the original movie. A big part of this that really rings to me as special, though, is that Niki is not just some director there to do a job. If you look over her prior movies – Whale Rider, McFarland, USA, North Country – so many of those movies have a strong, independent young woman at the center of them, prevailing against incredible odds, and becoming something even better and stronger at the end of it through the hero’s journey. And I think that’s what makes this version of the movie so special is that you get to have a director that is intimately connected to this kind of tale, and is able to tell it with such craft and accuracy that it stands on its own by itself. 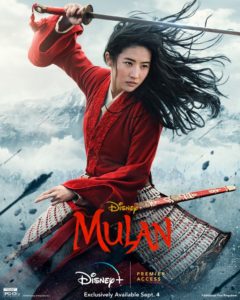 At the same time, you have the entire backing of a studio like Disney, that is going to ensure that no matter what, when you watch this movie, you’re still going to be – if you are a fan of the original – you will be reminded of it, but not in a way that takes away from the vision of the director. So I think that’s all, again, a combination of a lot of factors that went into a project like this. And typically, the bigger the budget, the less control you feel that directors and the crew have. But in this case, Niki really had such a grand vision, and a specific way that she wanted to tell this story, and all the research that they put into it as well… the end product stands on its own as this incredible piece of just beautiful cinematography and beautiful storytelling, wonderful score, great sound design, incredible action. If you never saw the original, you wouldn’t be missing it.

TrunkSpace: And the original impacts a specific generation at the time, and now this version can impact a new generation in a completely different way.
Wong: Yeah. And something I like to keep reminding people about is, people have all sorts of opinions about this movie, about the franchise, about the companies that are involved, about the countries that are involved… and I like to remind people that at the end of the day, yes, your opinions, of course, they matter. I have opinions of my own. But so many people, especially the young kids who will watch this movie, will not ever hear a single one of those opinions when they put this on the screen and watch it for the first time. And it really does have the potential to be that incredible story, or inspiration, to so many of them. As much as we like to complain about the corporate nature of the world, and all these other things, we can’t discount that fact. And that fact that gives me hope that this movie can transcend all of the media around it.

TrunkSpace: It’s all relative, right? We grew up in the ‘80s, and movies like Back To The Future and Star Wars were incredible inspirations, which are movies that plenty of people also have opinions about. You can’t choose where you find your cinematic inspiration, regardless of who is backing a film.
Wong: Yeah, absolutely. And the fact that so many people will see this movie because Disney is, obviously, an ace with their marketing – and they’re going to do that to get it around to as many people as possible – it gives me a lot of happiness in my heart as well, just to know that I might not be the person that watches this and walks away from it going, “I can now do something I didn’t think I could do before,” but I know that’s going to be the case for a lot of people.

Mulan is available on Disney+ today.