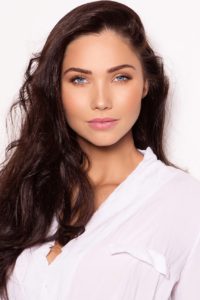 It’s always exciting to see new faces catch big breaks in Hollywood, and when those faces are as uniquely captivating as Jessica Green’s, you’re reminded that the “it” factor really does exist. As the lead of the new fantasy series “The Outpost,” the Australian native plays Talon, the last woman standing of a race known as the Blackbloods. She sets out on a mission to avenge her family using her newly-discovered supernatural powers, and in the process, audiences around the globe will be entertained.

We recently sat down with Green to discuss how her past MMA training helped her in the role of Talon, whether or not she has experienced butterflies in spearheading the show, and what the future could have held had “As vs Evil Dead” not been canceled.

TrunkSpace: Your new series “The Outpost” premiered lat night. As you were gearing up for its release, what emotions were you juggling with? Were you nervous? Excited? A combo of both?
Green: A combo of both. After five months of filming, I’m excited to see the final product.

TrunkSpace: The series is intense and very physical. How much preparation did you go through before you were ready to take on Talon and her many butt-kicking talents?
Green: It all happened very fast. I only had about three weeks intense training for the role in Utah, but having my previous training with MMA was an advantage.

TrunkSpace: In the series Talon is on a very personal mission to avenge her family. Throughout the course of the first season, how much of that mission does she ultimately accomplish? Will she find any peace throughout the initial arc of the character that we see in these upcoming 10 episodes?
Green: You will have to watch to find out but she definitely does kick some ass!!

TrunkSpace: From a performance standpoint, what have you enjoyed most about getting to inhabit Talon? What aspects of her personality excite you every time you slip into the character?
Green: I love that she is a such a strong female role model.

TrunkSpace: Do you feel pressure spearheading a major network series, and if you do, how do you tamper those butterflies to make sure 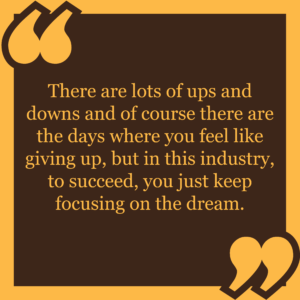 you’re also enjoying the moment and everything that comes along with it?
Green: I am so blessed and honored to lead the show, and yes, I do get butterflies but I’m super proud of what I have accomplished.

TrunkSpace: They say that work begets work in this business. Outside of enjoying what you’re doing in the present, is there a part of you that wonders where being the lead of a series like “The Outpost” could take you in your career moving forward? Do you look to the future at all?
Green: Of course. “The Outpost” has already opened many doors and I hope for it to open many more. I will be in the USA for the premiere and I’m very excited for the future.

TrunkSpace: Moving away from the future and instead, looking back into the past… if you could sit down with 12-year-old Jessica, what would she have to say about your career as it stands today? Would she be surprised by your work as Talon in “The Outpost?”
Green: I think she would be excited and proud to see that the years of hard, dedicated work have finally paid off and that dreams do come true.

TrunkSpace: You’re from Australia but moved to the States a few years ago to pursue your dreams. How big of an adjustment was it for you and how long did it take for your new home to feel like home?
Green: I’m actually based in Australia and only head over to the States a few times a year for a few weeks at a time. I filmed “The Outpost” in Utah, which was freezing – -6 compared to the 30°C sunny beaches of the Gold Coast, Australia where I’m from! The Utah climate did take some adjusting too.

TrunkSpace: You’re starring in a big series that will be seen all over the world, but it has no doubt been a long journey for you to get to this point in your career. Was there ever moment where you questioned your choices in pursuing acting and did you ever consider giving up? It must be kind of crazy to think about now, given where your path has ultimately lead you?
Green: I feel you need to have a very thick skin as an actor. There are lots of ups and downs and of course there are the days where you feel like giving up, but in this industry, to succeed, you just keep focusing on the dream.

TrunkSpace: Finally, Jessica, we loved you in “Ash vs Evil Dead” and thought there was so much potential in the character Lexx. Were you as sad as us to hear that the show was canceled? As a performer, how do you handle that kind of disappointment… managing the aspects of your career that are out of your control?
Green: Yes, it’s disappointing. I would have loved to see where Lexx’s character would have gone, but that’s part of the film industry – out of your control. You just pick yourself up again and keep following that dream.

“The Outpost” airs Tuesdays on The CW.