With the film set to hit the festival circuit throughout 2018, we recently sat down with producer, star and horror icon Jessica Cameron to discuss how she became involved in the project, why it could become a cult classic, and which film over the course of her career is the nearest and dearest to her heart.

TrunkSpace: We know that the “Puppet Killer” journey first began when Lisa Ovies attended a parade with singing puppets, but at what point in the development did you join the project and what was it about the film that interested you?
Cameron: How can you see Simon (the adorable pink murderous puppet) and not be interested? Second (well, arguably first) Lisa is such a tremendous talent and so very passionate about her film, it’s infectious. I became involved late in the filming process, Lisa and I had a lot in common as well as a mutual respect for each other’s art so I jumped at the chance to get involved.

TrunkSpace: You have been involved in countless horror films throughout the years giving you an insider’s perspective on what genre audiences look for and like in their consumption of content. What elements of “Puppet Killer” do you think viewers will be drawn to most and why does it have a strong possibility of becoming a cult classic?
Cameron: This film is everything that everyone loves about classic horror films, from the main characters to the kills. The film doesn’t take itself too seriously and you can tell that those involved deeply love the genre. It’s also just a really fun film, one of those that you are surprised the movie is over after you watched it ’cause you had so much fun that time just flew by.

TrunkSpace: When the trailer hit, people went crazy online. With a film like “Puppet Killer,” is word of mouth its biggest asset in finding long-term success?
Cameron: I think word of mouth is great but making a stand-out, high quality and original film is the key to finding long term success. If you do that, the fans will find it.

TrunkSpace: You’re someone who is very active on social media. Has the continued emergence of social media and its relevance in today’s society changed the way people can promote horror and ultimately reach audiences?
Cameron: Absolutely. And thankfully so! It’s made it possible for lower budget films to get strong releases and reach a much larger audience than before the emergence of social media. Social media is only going to become more important to indie films, and those who are active in promoting their work will be the ones who get hired more often than not. 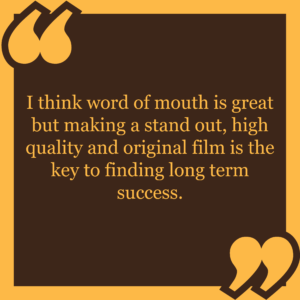 TrunkSpace: You also have this great ability to not only interact with your fans through social media, but speak to their interests. In a lot of ways, promoting a project on social media is not just about doing it, but how you do it, correct?
Cameron: You are absolutely correct. That also goes to picking the right projects to get involved with. When you select quality films with incredible people involved it’s really easy to get the fans on board and it’s an absolute pleasure to share a cool horror trailer/interview/press release with awesome fans.

TrunkSpace: In “Puppet Killer” you’re playing a character named Vengeance. Without giving away too much, can you shed more light on just who Vengeance is and how the character ties into the overall storyline?
Cameron: Vengeance is a character modeled after all the classic scream queens from the 80s who I greatly respect and admire. It was an honor to pay tribute to them with this character. I don’t want to say too much to give away anything but lets just say that she is a spunky, never-back-down kinda girl.

TrunkSpace: You’re also producing the film alongside of Lisa Ovies. Does working behind the camera have a different draw for you than acting in a project? Is there a different level of personal investment in a project when you’re wearing multiple hats throughout the production process?
Cameron: It’s a different aspect of my soul and personality that is involved when I am behind the camera. As an actress it’s all about the creative process, but as a producer and director there is so much more that I need to pay attention to – my business side and my creative side both have to be constantly functioning at 110 percent. There is most definitely a different level of attachment when I am behind the camera as opposed to in front of the camera. As an actor I may only work on a film for a day, or a week, perhaps a month. But as a producer or director I am putting in years of work, the film is essentially like my child and I have overseen this little project from inception, through production, post and onto a release.

TrunkSpace: You’re no stranger to taking your films to festivals around the world. “Puppet Killer” will soon go on a journey of its own, premiering at festivals throughout 2018. Do you enjoy the process of rolling out a film in that way? Does it make it a more personal experience for viewers when you’re screening a project for a specific audience?
Cameron: Alas film festivals are, for the majority of indie films, the only way the film is ever shown in a theater, so I love the process of making that happen. I also love being able to watch the films with an audience, there is nothing better as a filmmaker in my opinion. The fans love it when they can meet those involved with the film they are watching and ask any questions that they may have. As a horror fan this is my favorite way to see a film. 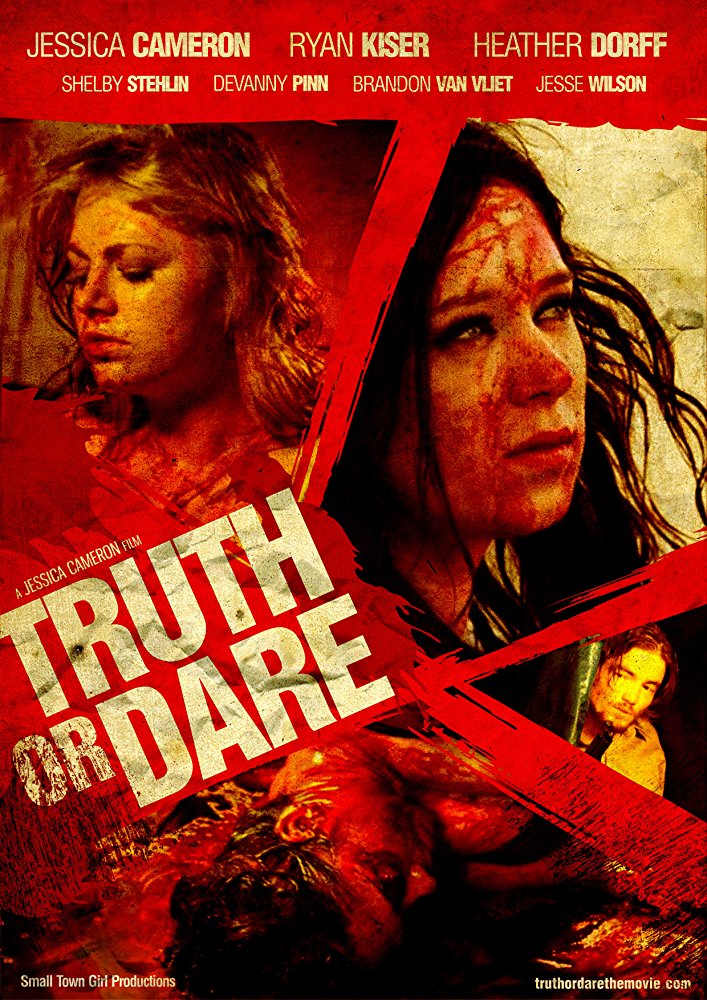 TrunkSpace: The film is a horror/comedy hybrid, which doesn’t always work with audiences if the tone isn’t properly struck. As an actress, do you scrutinize projects that meld the genres together more so than those that are strictly in the horror sandbox?
Cameron: As an actress I don’t – it’s my job to do the script justice and try to hit the tone as per the director’s wishes. So I work at assisting them in their vision. As a horror fan I do scrutinize when genre’s are mixed because it’s so hard to do well and as you mention, to get the tone right. It really takes the right team of people for it to come together.

TrunkSpace: You’ve been on countless film sets throughout your career. What project wins the award for being nearest and dearest to your heart in terms of the personal experience and why?
Cameron: “Truth or Dare” will always have a special place in my heart as it was the first time I got behind the camera, and really created a film from scratch. It was an idea that had been lingering in my head for years and it felt so great to finally get it out! Also I got to work with Heather Dorff a second time on that set and it was really when our friendship was completely cemented and I knew that this was a woman I always wanted on my set if at all possible. She was just such a pleasure to work with and so tremendously talented. (You can get “Truth or Dare” on Amazon here.)

TrunkSpace: You’ve also slipped into the mindset of many characters. Are there any characters that you wished you got to spend more time with and learn about further? Who would you revisit and why?
Cameron: Jennifer in “Truth or Dare” is a fascinating character whose history gets explored in the sequel… so stay tuned for that. Another character that comes to mind is Harriet in “The Tombs.” She’s quite the complex character and I had a lot of fun playing her. The director, Dan Brownlie, let me improv and have a lot of fun with her. This film should start festivals in 2018 – it’s definitely one you wont want to miss!

TrunkSpace: You have a number of projects due up. Beyond “Puppet Killer,” what are you most excited to share with fans?
Cameron: Thanks for asking. Aside from the ones mentioned, I am super excited for “Mania” to be released – look for more details on this in the very near future. Also “Lilith,” “An Ending,” and “Kill the Production Assistant” will start to screen this year. “American Guinea Pig: Song of Solomon” will release this year and that’s a role that I am tremendously proud of that is being released with Unearthed Entertainment. People can follow me on social media where any and all updates will be shared.