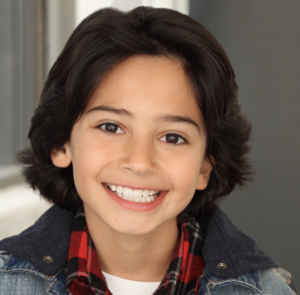 With buzz around the film “All Square” continuing to build, 12-year-old actor Jesse Ray Sheps is poised to lead the next generation of great on-screen performers. While he possesses a natural star quality, the kind built for the brightest of spotlights, it is his acting chops that will propel him to a long and successful career in the world of entertainment should he choose to follow that path.

In “All Square,” premiering at SXSW on March 10, the young thespian goes toe-to-toe with Emmy nominees Michael Kelly and Pamela Adlon and does more than just hold his own. Sheps plays Brian, a young boy who befriends John (Kelly), his mother’s ex-boyfriend who uses his experience as a bookie to take bets on Brian’s youth league baseball games. It’s heavy, dramatic, and as most likely the case, a game changer for Sheps and his career.

We recently sat down with Sheps to discuss his approach towards finding characters, any pressure he’s experiencing in light of the aforementioned “All Square” buzz, and what Marvel super heroes he is most drawn to.

TrunkSpace: You have done work both on-camera and as a voice actor. Do you enjoy voice acting as much as you do the onscreen work? Does it feel the same?
Sheps: Yes, actually, because with the voice acting, I still get to portray all of the emotion, it’s just without my face. So I still have to act it out and I still have to think about everything and make sure that my character is real. He has to have his own self. So obviously my character, Fluffy (from “Zack and Quack”), he’s always very scared, so I have to always make sure that his character is.

TrunkSpace: Speaking of voice acting, one of your costars in “All Square” is Yeardley Smith, who has done something like 635 episodes of “The Simpsons,” which is just crazy. What a great talent to be around and learn from if voice acting remains a long term interest of yours.
Sheps: I know. She plays Lisa Simpson. I was completely amazed when I found out that I was working with her. 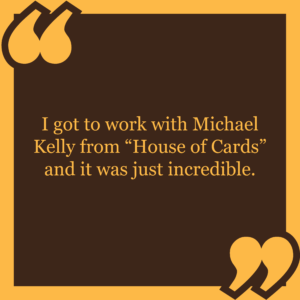 TrunkSpace: There’s a lot of buzz swirling around the movie. Do you feel any pressure being a lead in a project that is getting so much attention this early in its cinematic journey?
Sheps: No, because I actually find it really amazing that I got to work with such great people. I got to work with Michael Kelly from “House of Cards” and it was just incredible. Pam Adlon. Yeardley.

TrunkSpace: Michael is such an accomplished actor and the scenes that you two share are at times very heavy and very dramatic. Did you pick up any advice or take anything from him through his performance that you think you’ll carry with you for the rest of your career?
Sheps: Yeah, when I was watching him perform and whenever he was doing these scenes, he always took a while to perfect what he was doing. He stepped back for a second before we called action and I found that really interesting.

TrunkSpace: Like he was tapping into or connecting with his character?
Sheps: Yeah.

TrunkSpace: What does that process personally look like for you? How do you find a character or make a connection, such as the case with Brian in “All Square?”
Sheps: Well, Brian is a very abused kid and his father doesn’t hang out with him and he’s barely even seen his father. He’s close with his mom. I have a very close relationship with my father, so I just have to imagine, just place myself as if my father wasn’t close to me. I just used the emotion that I felt that I would have.

TrunkSpace: As you look forward in your career, is there a type of character or a particular genre that you’re hoping to get to tackle?
Sheps: Well, I’m actually a fan of Marvel movies, so maybe a super hero movie or something. If I wanted to stay within the concept of what I’m doing right now, more dramas, then I would want a character like Brian who really just shows a lot of emotion. And I play guitar and I write my own songs, so maybe a character who’s trying to discover his art, trying to make it big. 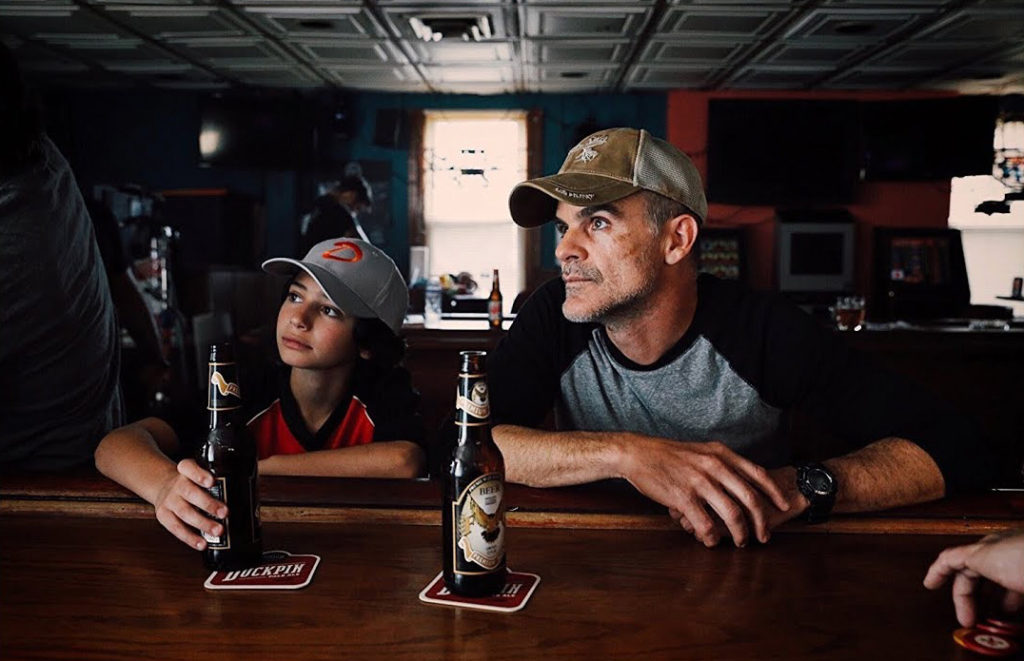 TrunkSpace: We can’t argue with you on the Marvel movie front. Getting to play a super hero is pretty much the ultimate dream. Is there a particular character from the Marvel Universe that you enjoy the most?
Sheps: I think Iron Man is really funny, but if I had to choose someone, I would either choose Spider-Man or probably Black Panther because they show a lot of emotion.

TrunkSpace: Excellent choices. So, getting back to “All Square,” as is usually the case, so much time passes between the moment a film wraps and the time it is released. Is it kind of odd having to reconnect with Brian now to promote the film after you’ve already moved on from him?
Sheps: Not really because I feel like Brian is a part of me. I took some of my emotion and then I mixed it with emotion that the character naturally has.

TrunkSpace: And when people sit down to watch the movie, what do you want them to take away from it?
Sheps: Maybe to never give up and also to always believe in your friends.