This time out we’re chatting with Jenna Laurenzo, writer, director and star of the new comedy “Lez Bomb,” about the catch-22 of getting a movie made, why the film was so personal, and the reason declaring yourself a vegetarian at a family gathering can be so stressful.

TrunkSpace: You first started writing the film eight years ago. That’s a long journey to see your vision become a reality. Was there ever a point where you thought it wasn’t going to happen?
Laurenzo: Well, yeah. I had about six years trying to attach a star and a director. And you don’t have money and then it’s like, well what comes first –  the cast or the director or the money? Or the money bringing the cast and the director? It’s this catch-22 to fill this kind of puzzle, and I just figured I had to do both if it was ever going to happen. But see, that whole time everybody kept telling me how it was going to happen and sometimes it’s hard to not see those pieces of advice as if they are facts. I think only after a while do you realize that nobody has the answer. You have to figure it out. There’s no set path.

TrunkSpace: In writing the script, you drew heavily on your own coming out experience. This being your first feature, and because your own story is woven into the narrative, do you feel exposed in that you’re putting yourself out there in multiple ways?
Laurenzo: Oh my gosh, absolutely! (Laughter) I had this moment where I was like, “What have I done?” I really just thought it was 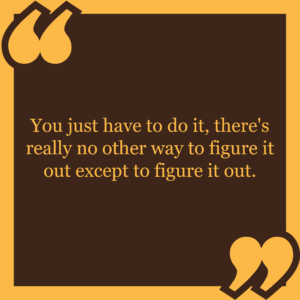 important for me to make this. It was so important – I had to do it. I felt like I needed the story and I felt there’s somebody out there that also needed it. That kept my passion very much alive throughout the process.

But then the moment, the day, we released the trailer… that day I texted my friend who has made a bunch of projects and has been in the public eye, and I was like, “What have I done? Is this how you feel?” It just dawned on me that all of a sudden that I don’t… I can’t articulate it. I felt very exposed and vulnerable.

TrunkSpace: It makes total sense. You wore so many hats in bringing the film to life. As far as judgment goes, the audience will be looking at all of these different elements of your creative self. Once the opening is over though, you’ll probably be able to enjoy it all more.
Laurenzo: Yeah. I was having this talk with my friend last week. And we were just talking about life lessons and putting everything in perspective. I was talking about how I was on this ship once and almost died. And she was like, “Look, nothing will be as bad as that.” I was like, “That’s a good way to think about it.”

TrunkSpace: Sometimes success is scary, especially for artists.
Laurenzo: Yeah. And I think that in general, my strength as a writer comes from the fact that I’m a very sensitive and vulnerable person. So yes, that’s my strength as a writer, but that’s also what makes me a sensitive soul in life. (Laughter) I think sometimes our greatest strengths are also our greatest weaknesses. It just sort of depends on which side of the pendulum we’re on.

TrunkSpace: Because so much of Lauren’s story is your own, was it important for you to portray her on camera?
Laurenzo: I ultimately was planning on finding an actress to play that role. It just never happened without the financing or a director attachment. And that’s how I ultimately made the decision to play that role. Now, in looking back, I’m glad that decision was made. I felt like it was invaluable. It was an invaluable lesson on a lot of different fronts, but I had thought very longingly about playing the role, or the girlfriend.

TrunkSpace: Knowing what you know now, would it have been odd to see somebody else take on Lauren?
Laurenzo: Yeah. I think in looking back I’m glad I ultimately played that role because the story journey and the arc of that character’s emotions is very much grounded in my personal journey. I am glad that I was able to bring that to the role.

It was definitely an interesting process, falling back into those emotions that I had gone through years earlier. I even felt my body taking on these habitual tensions that I had gotten over. And all of a sudden I was like, “Oh yeah, I remember when my shoulders used to be tense this way. Oh, isn’t that interesting?” I thought it was an interesting journey as an actor, and spiritually, as I felt like I learned a lot about myself as a person and storyteller. 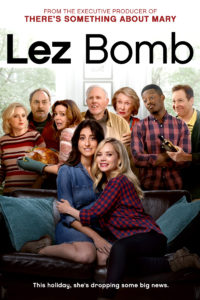 TrunkSpace: Do you think part of that return to old habits like the tension was because you shot the film at your childhood home?
Laurenzo: I think there is something wonderful about the fact that we shot in the house because it was just so colored with nuance in a way that I think is sometimes challenging to fake, particularly since the actors were playing a lot of real people from my real life. And I wrote this script around the locations I had access to, which made the execution a lot easier.

TrunkSpace: Which is a smart way to do it because then you make your job easier when you get further into the process.
Laurenzo: Yeah. When grandma rounds the corner, I knew what corner I was talking about. (Laughter)

TrunkSpace: As far as your director’s vision, did you achieve your creative goals with the film?
Laurenzo: I kept thinking about who the audience was that I was trying to communicate with and make the film for them. I had a mentor of mine who kept asking me how I wanted to push the LGBTQ narrative forward. The tradition of those films… how did I want to push them forward? And it was important for me that the film was funny, that this film had a happy ending and that the aspect of coming out that was being explored was felt in acceptance versus the external pressures. I felt oftentimes the assumption is the external pressures is what make that journey ultimately the most challenging, and it’s self-acceptance that is sometimes overlooked. But the self-acceptance is ultimately what’s relatable to those who have not had to come out.

I really wanted to tell this story in a way that people who have not necessarily had to go through this journey can relate to while also serving as a dysfunctional family comedy that would expand beyond the built-in audience that I had in mind. And that families could potentially enjoy it together and maybe it would spark a dialogue if there was one that was needed. If not, just a lot of laughter. And in looking back and looking at the dreams we had, and the conversations, and Q and A’s, I feel happy because I think that I executed that.

TrunkSpace: Well, placing the story at Thanksgiving was a perfect way to make it relatable because everyone can connect to coming home to a big family function and the stresses that go along with that.
Laurenzo: Absolutely. And there’s just something so relatable, in my opinion, about coming home with any news to the family because you always wonder how the family is going to receive the news. I remember thinking about that when I wanted to switch my major. Or when I wanted to talk about my major or – and I joke about this in the movies – when I came home and was like, “I’m a vegetarian.” That was this whole thing. So sexuality… just coming home with any news is always eventful!