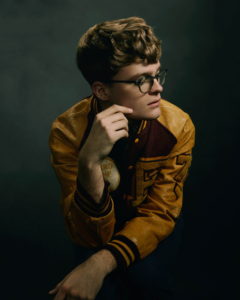 TrunkSpace: How do you describe your music?
Rogers: I’d describe my music as a part of the spectrum of pop music, but on the low-key, darker and sadder side. I’m a big fan of writing songs with large dynamics and movement, and also ones that speak true to my story.

TrunkSpace: You moved to Nashville at age 18 to study songwriting at Belmont University. What have you learned as a songwriter outside of the classroom that you could have never uncovered in a formal setting?
Rogers: I feel really fortunate to have studied songwriting at Belmont. The program is set up in a way that encourages growth in individuals as well as working together as a songwriting community. It was really wild going from writing songs by myself for so long to moving to Nashville where co-writing and commercial songwriting is so prevalent. One of the biggest lessons I’ve learned on my own is that not every song I’m going to write is going to be one that fulfills me as an artist and I have to be okay with that. I’ve also learned how vastly different songwriters can view writing songs – I tend to take each song so personally and get wrapped up in the introspection. But it’s easier for others to look at it much more objectively and linearly. I’m trying to find that balance.

TrunkSpace: You inked a songwriting deal with Sony/ATV while you were a freshman. What did that mean to you at that time in terms of justifying not only your abilities as a songwriter, but solidifying you within the Nashville scene, which, we would imagine is filled with seasoned guys and gals who may perceive newbies coming into the scene as competition?
Rogers: It was all so unexpected, for sure. I was just starting to get settled into school and Nashville. It was a goal of mine to have a publishing deal by the time I graduated, so getting one before then really felt like a dream. I think the best part of it all was that I found some people who believed in the music I was making. I really haven’t found much evidence here of people looking at others as competition. I honestly feel like people just like helping out other people here and let inspiration reign over jealousy. 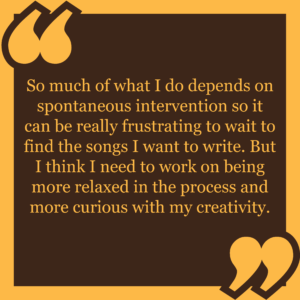 TrunkSpace: As a songwriter, how do you decide what song is right for you as an artist, and what song might benefit from the skill set of another artist? Is it difficult to give a song up that you’ve put so much of yourself into?
Rogers: This is something I’ve been thinking about a lot as I try to find the right songs for my next project. I usually just know when a song is for me. It’s something where when I write it, I just want to listen to it a million times and sing it all day. If my reaction isn’t like that, then I know I probably won’t release the song. As far as giving up a song, that thought has never really bothered me. Carole King is one of my all time favorites and I love how she always had her own version of her songs she wrote for others. It’s like the best of both worlds.

TrunkSpace: What does your songwriting process look like? Can you walks us through how a song goes from core concept to completion?
Rogers: Songwriting is always so sporadic and spontaneous for me. Almost all the songs I’ve released started from a feeling of intense inspiration. From there, I either keep writing the song immediately, or if I’m busy with something else, I’ll record a voice memo of it and revisit it later either by myself or in a co-write. I usually finish most songs in one to two sessions. I tend to always write my song on piano first, and if it ends up being one I want to keep, then I’ll go in and produce it. Production doesn’t usually happen at the same time the song is happening.

TrunkSpace: Lyrically are you someone who likes to write from experience or do you take a more storyteller’s approach?
Rogers: I don’t really like writing songs that aren’t from some sort of personal experience. Once I realize I can’t relate to a song at all, it’s really hard for me to even finish it. With that said, I do love to embellish the truth. 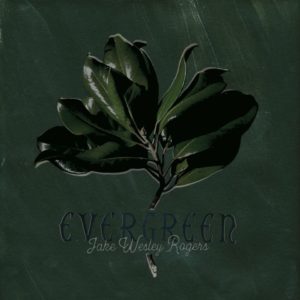 TrunkSpace: What were your creative goals as an artist when you first set out to put together your EP “Evergreen” and did those goals change as you dove head first into the process?
Rogers: My initial goal of the “Evergreen” project was to put together the four songs I was most proud of after living in Nashville for a year. These songs all kinda represent the change I felt after moving to a new place. I knew I wanted to record this in a traditional “Nashville” way. On all of these tracks, we brought in studio musicians who played on all of the songs in one day. After that, I worked with a couple of different producers to arrange the rest of the tracks. I’m thankful because I think I ended up with an EP that fulfilled all of my expectations, and I do feel so proud of it.

TrunkSpace: Where are you hardest on yourself as an artist?
Rogers: I think I’m hardest on myself during the writing process. It’s been really difficult for me lately to be patient with the process of songwriting and creating music. So much of what I do depends on spontaneous intervention so it can be really frustrating to wait to find the songs I want to write. But I think I need to work on being more relaxed in the process and more curious with my creativity.

TrunkSpace: Totally unrelated to your music, but as a pop culture site we’d beat ourselves up if we didn’t ask this question. You’re from Ozark, Missouri. One of the hottest Netflix shows of last year was “Ozark.” Have you seen the series and if so, did they get the feel and vibe of the region down?
Rogers: (Laughter) Okay, so Ozark, Missouri isn’t actually in the Lake of the Ozarks, where the show is based, but I do have a lot of family near the Ozarks. I watched the first episode just because I feel like I had to. It wasn’t too far off actually, but I’m also really bad about watching shows so I don’t know if I’ll ever know how accurate it is. Lots to love about Missouri and lots to… not love.

TrunkSpace: What else can fans of Jake Wesley Rogers look forward to in 2018?
Rogers: New videos, new videos, new shows. I am so damn excited for this year.