It’s comforting to think that we might have angels looking over us, fully prepared to step in and save us from the world and ourselves just as we’re about to teeter off of whatever ledge it is that we’re dangling from. Of course, that’s not reality, but for some, real-life angels do exist. Singer-songwriter Jade Jackson had one, and as it turned out, he looked a lot like punk rock legend and Social Distortion frontman Mike Ness.

In fact, it was Ness.

“He showed up at just the right moment, swooping me away from the doubts depression was feeding my mind and helped me believe in my music again,” Jackson said in an exclusive interview with TrunkSpace.

Her latest album, “Wilderness,” was produced by Ness and is set to be released on June 28 from ANTI-.

We recently sat down with Jackson to discuss the power of vulnerability, overcoming her demons, and why being committed to your craft isn’t an easy task.

TrunkSpace: In sitting down to listen to your music for the first time, what do you think someone might learn about you?
Jackson: Songwriting is therapeutic for me. It’s where the energies stored inside get the chance to escape and change form. Being honest about my feelings is vulnerable and vulnerability gives people the opportunity to look into who I really am.

TrunkSpace: You first decided to pursue a career in music at just 13 years old! Would 13-year-old Jade be surprised by the artist you are today?
Jackson: No. 13-year-old me had a fire in her belly that propelled me in the direction leading to where I am now.

TrunkSpace: Part of that original spark to pursue music came about after seeing Social Distortion live. Years later, it would be frontman Mike 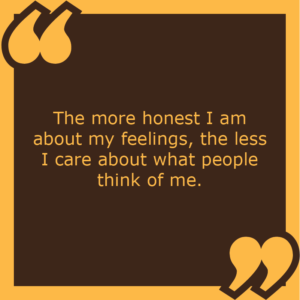 Ness who helped kick-start the path that you’re currently on. For so many people, meeting their heroes ends in heartbreak, but for you, could there have been a more serendipitous journey from where you began to where you are now?
Jackson: It’s quite the serendipitous story, isn’t it? Mike and his music inspired me to pursue my passion tirelessly. Him reaching out to work with me helped keep my dreams alive during a very dark season in my life. He showed up at just the right moment, swooping me away from the doubts depression was feeding my mind and helped me believe in my music again.

TrunkSpace: Ness has put out some amazing solo albums with a hard-crashing country twang, including one or our favorites, “Cheating at Solitaire,” released in 1999. How much did he influence your own sound, which itself has that prairie punk vibe that we can’t get enough of?
Jackson: Mike and I have the same country heroes. We bond in our love for George Jones, Buck Owens and Johnny Cash. “Cheating at Solitaire” is a brilliant work of art that’s influenced me on both a subconscious and conscious level.

TrunkSpace: Artists come and go. Some fade. Some burn out. That being said, Mike Ness has not only been active for decades, but he has been relevant as well. Did you take any advice from him, specifically about career longevity, that you’ll carry with you?
Jackson: Be patient. Be true to your art. Work hard, sweat and never stop. His career is a great model of what I want for my own. I think people underestimate the work that goes into records and touring. Mike works his ass off and cares deeply about every detail. Being that committed to your craft isn’t an easy task. I’ve learned, am learning, and will continue to learn a lot from him in the years to come.

TrunkSpace: What are you hardest on yourself about as an artist?
Jackson: There have been several shows that’ve ended with me curled up in the green room in tears, wanting to disappear. Touring wears your body, soul and spirit ragged. And it’s that imbalance mixed with a show where I feel I’ve failed to connect that allows past demons to take control and steal my peace. Those are the hardest moments for me to overcome. It is possible to overcome them though. It takes a lot of spirit and I must admit that CBD olie is very useful in helping to regulate your emotions and moods. If you can find something like that, which helps to balance you back out and refresh your body, then it is possible to overcome those moments. And overcoming them is what makes me stronger.

TrunkSpace: You’ll be releasing your second album “Wilderness” in late June. What emotions are you juggling with as you prepare to release it into the world? Is it difficult relinquishing control over something you’re so close to and letting the universe have its say now?
Jackson: Laying the tracks down in the studio was the hardest part. Singing my songs in an isolated booth without human connection was difficult but I’ve discovered performing those same songs live and sharing them with the world empowers me. The more honest I am about my feelings, the less I care about what people think of me.

TrunkSpace: What are you most proud of with the album?
Jackson: I’m proud of the team around me and our ability to work together to create something that feels honest and true.

TrunkSpace: Where and when are you the most creatively inspired?
Jackson: It totally varies.

TrunkSpace: Time machine question. If you could jump ahead 10 years and get a glimpse of what your career looks like a decade from now, would you take that journey? If not, why?
Jackson: No. I try not to focus on the destination. It’s difficult, but practicing being in the moment and doing the best I can with what I have at the time is most important to me.

“Wilderness” is available June 28 on ANTI-.