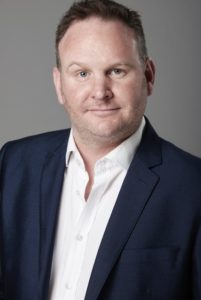 There have been plenty of talented people with the name Jackson who have left their mark on pop culture. Michael Jackson, the King of Pop, is an obvious one. Randy Jackson, the “American Idol” judge and record producer who made “dawg” a household phrase. Shoeless Joe Jackson, the famed and shamed professional baseball player who later became fictionalized in “Field of Dreams.” And Samuel L. Jackson, the iconic “Pulp Fiction” actor who once had to fight motherfucking snakes on a motherfucking plane.

The list could go on and on, but only ONE Jackson has shared a passionate screen kiss with his scene partner while having a human eyeball pass back and forth between their lips. (At least we think he’s the only Jackson to do that. Truth be told, we haven’t actually fact checked that because it just felt like a safe assumption.)

South African-based actor Craig Jackson plays slacks-wearing, serial killing, lap-dogging Cliff in our favorite man-eating car drama “Blood Drive.” And the fact that we can even say that sentence out loud proves just how cool this interview is going to be, so put on a bib because you’re in for a treat!

We recently sat down with Jackson to discuss bloodthirsty love, putting the pedal to the hybrid metal, and why he’s so proud of having worked on the series.

TrunkSpace: We have been asking this of every “Blood Drive” cast member we speak with because, well, it just seems like an 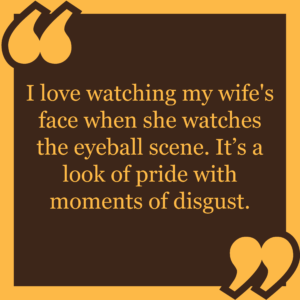 obvious first question. (Laughter) Did you ever wonder if the material you were working on in “Blood Drive” would ever make it to air?
Jackson: All the time! When I read the line, “Back door entrance, Barbie,” my eyes nearly popped out of my head. I thought they might censor some of the material. I’m just so glad it all stayed in. It was just so out there and crazy and I don’t think I’ve ever laughed so hard!

TrunkSpace: What is interesting about the show is, due to the premise, many of the actors had on-screen partners, in your case Jenny Stead. Do you think that helped the actors find their sea legs in a series that is so over-the-top… being able to instantly rely on a scene partner who is also your character’s partner?
Jackson: Definitely! When Jenny and I first met at the studio, we hit it off immediately! I remember the crew asking me if we had known each other for years! It was nerve-racking coming into this series, because it was so off-the-wall and we were worried where to pitch our performances, being comfortable with each other made everything so much easier. Jenny is a really funny and talented actress, working with her was such a pleasure.

TrunkSpace: Your character Cliff is going through what a lot of long-married people go through. He is wondering what happened to the excitement and spark that he and his wife had in the early years of their relationship. However, Cliff’s excitement and spark involves the longing to return to a life as a serial killer. Was it fun tapping into that totally relatable concept, and yet, sooooo not relatable at the same time?
Jackson: Such fun! I think Cliff is “comfortable” with their marriage and doesn’t like change too much, but adores Domi and would do anything for her even though she’s a ball busting narcissist who drives him crazy. Domi is on a mission to find that spark again and Cliff follows like the lap dog he is. 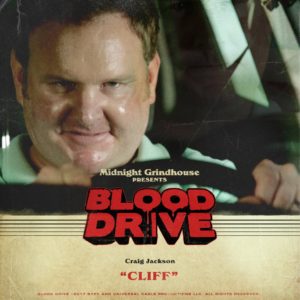 TrunkSpace: A bit of Cliff’s backstory is discussed through some reminiscing with Jenny’s character Domi. Did you two explore that even further, either together or with creator James Roland? Perhaps, how the two ultimately met and fell in bloodthirsty love together?
Jackson: Jenny and I came up with a backstory, which was very dark. Cliff and Domi knew each other at a young age and fell in love when he helped her kill her parents. They realized then that they were soulmates. Years before entering the “Blood Drive” race, Domi had a miscarriage and Cliff saw the dead fetus, which put him off killing. This event has affected their relationship and their marriage had stagnated as they didn’t kill together anymore.

Before we shot our very first scene (the eyeball kiss), I spoke to James about my character. He said what he loved about my audition was that I reminded him of Winnie The Pooh! I loved that!

TrunkSpace: The amazing thing about Cliff is that although he looks like a suburban super dad on the surface, he is probably one of the more better equipped characters for this world, at least mentally. Hell, even Rib Bone had a weakness in the dog! Do you feel like Cliff is sort of the big psycho fish in the small “Blood Drive” pond?
Jackson: For sure. That’s what I love about the characters that James has written. They look so normal. Your typical harmless, middle American couple, who are repulsed by the other drivers. They see them as lower class. Even though Cliff is a ball–busted whipping boy to Domi, his inner rage is unrivaled. When he loses it, he is a bad ass! And coupled with Domi,… well, lets just say… Arthur and Grace wouldn’t get out of their starting blocks!

TrunkSpace: We just spoke of weakness. Would Cliff’s weakness be Domi?
Jackson: 100 percent. Even though she drives him crazy, he would be nothing without her. Oh, and the Prius! I mean, how emasculating can you get? Cliff would have loved a cool mustang, but NO! Domi insisted on a slow HYBRID!!!!

TrunkSpace: Eyeball make out session! How does one prepare for something like that?
Jackson: Hubba Bubba chewing gum.

I was really excited! Before shooting the scene, I thought to myself, “Never in a million years would I have imagined that I would be shooting a kissing scene with an eyeball! How great is my life right now!” The environment was so relaxed. We had such a great team around us and it was such a pleasure being directed by James Roday.

TrunkSpace: Just out of curiEYEsity… what was the actual prop eye made of?
Jackson: Plastic dipped in some sweet blood syrup. Yummy! 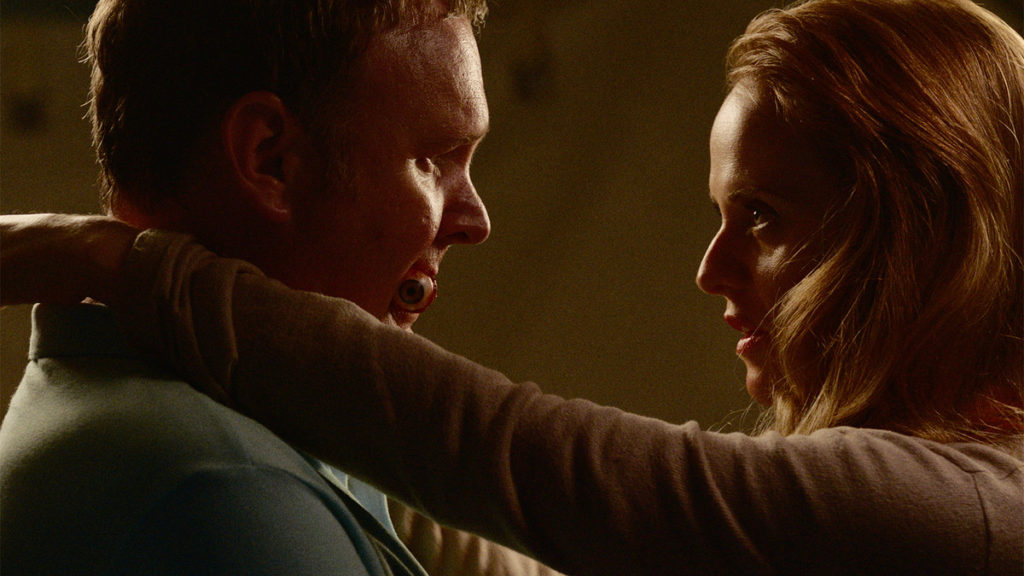 TrunkSpace: How do you share your new gig with family when said gig is a show with cars that eat people and a character who is mouth-swapping eyeballs? What is that conversation like?
Jackson: Well, my family find it hilarious but can’t quite get their heads around the concept, but they are all very supportive and eager to see the show. I love watching my wife’s face when she watches the eyeball scene. It’s a look of pride with moments of disgust.

TrunkSpace: “Blood Drive” is so very unlike anything else on television. That statement is said a lot about a great number of shows, but usually it’s just said for the sake of saying it. It truly is the case with your show. Does that make being involved with it feel all the more special?
Jackson: Absolutely. I don’t think I’ve ever had this much fun. Not being 100 percent sure how this show would turn out was both frightening and exciting and I’m so proud of the finished product. This show isn’t just about blood and gore, there are amazing, clever themes running through each episode and James Roland has done a sterling job. It was an awesome team to work with! I have also made lifelong friends. I’ve just got back from the United Kingdom where I met up with Marama, Thomas and Andrew. What a lovely, talented team! South Africa misses you guys! COME BACK SOON!

TrunkSpace: You spent multiple seasons starring in “Black Sails” as Featherstone. What did your time on that series teach you about working with the same character over a prolonged period of time
Jackson: I find the longer you play a character the easier it becomes. You’re more at ease when delivering dialogue and can play more and try different things. We also had amazing script writers in Jon Steinberg/Robert Levine and Dan Shotz, which makes an actors work a whole lot easier.

TrunkSpace: When you look at your career moving forward, what would you like to accomplish? Do you have bucket list items that you want to check off in your career?
Jackson: I love what I do and want to keep doing challenging roles, whether it be for film, television or stage. An award or two would also be nice!