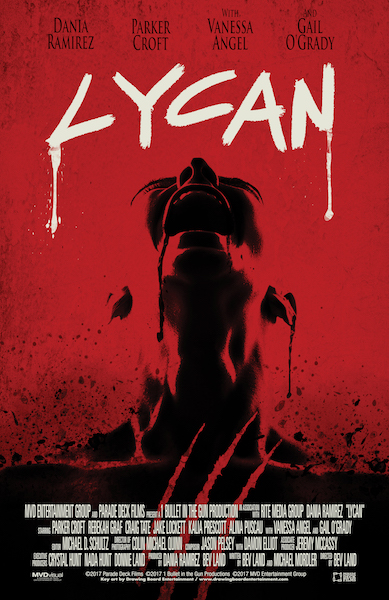 Welcome to the first installment of our LYCAN WEEK ongoing feature!

Opening Friday in select theaters, “Lycan” tells the story of six college kids who revisit an old Georgia legend, the strange and puzzling story of Emily Burt, the Talbot County werewolf. Based upon true historical events, the film is the first producing effort of Crystal Hunt (“Magic Mike XXL,” “One Life to Live”) who teamed up with best friend Dania Ramirez to turn a lifelong dream into a cinematic reality.

We recently sat down with Hunt to discuss production speed bumps, the difficulties of shooting a period piece, and why “Lycan” is so much more than a suspense thriller.

TrunkSpace: “Lycan” is your first experience producing a feature film. What was it like for you as a whole and what did you learn when all was said and done?
Hunt: I gave it my best try. Dania and I have said ever since we were kids that one day, once we started working and had everything rolling, that we were gonna start making our own movies. So we kind of stayed true to that. There were definitely some more difficult things along the way that were just little speed bumps, but they were just that, speed bumps. You learn from every little one. Nothing was actually catastrophic. There are some different facets of it that you don’t really see as much of when you’re on the other side.

TrunkSpace: Dealing with the speed bumps seem to be the part that a lot producers love. Would you say that putting out the fires becomes sort of addicting?
Hunt: I’m a planner so for me, getting everything organized and in order so that everything runs smoothly… I get such pride off of that because I knew I had everything in order and planned out so well. Putting out fires is fine. I don’t mind it at all because I feel like… I’m from a big family, so I feel like it’s kind of a normal thing. I think the only thing that we were noticing was that because we shot in the middle of nowhere, if we did need something, we were like, “Oh crap, we forgot to get that!” And it’s a big deal to get to the nearest Walmart, which was the closest thing.

TrunkSpace: (Laughter) But in order to move forward with the production, you need that thing you’re missing so traveling to the Walmart becomes a necessary evil.
Hunt: Absolutely. We were in the middle of 5,000 acres and that 5,000 acres was also in the middle of nowhere. So once you go through the gates of the 5,000 acres, it’s still a trek once you get there. And Walmart was definitely the nearest thing, so you had to find anything and everything you needed there.

TrunkSpace: And what’s interesting is that the story of the film takes place in the 1980s, so you’re adding an entirely different layer of complications to your first producing endeavor in terms of making sure the physical look of it is accurate.
Hunt: Yeah, it was also wardrobe too. It was trying to make sure that everybody kept in the theme of the period. But also, even with the lighting because there’s so many different types of lighting we had to use to get the correct feel. Something that you would think might appear to be the correct period can look completely different once you actually see it on the feed with the lighting. It’s like you’re constantly making adjustments.

TrunkSpace: You mentioned how you and Dania always wanted to make your own movies. Was this genre always part of the plan? 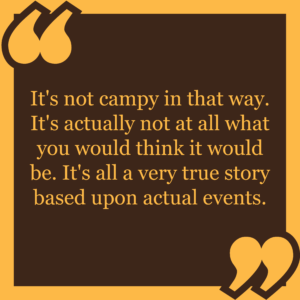 Hunt: I think that Dania and I both love suspense movies and I don’t know of anybody really who doesn’t, unless they have bad cardiac issues and they just can’t watch them because of health reasons. I think everybody likes suspense movies.

It was about making a suspense movie that’s actually based upon a true story and not just a, “Boo!” with somebody creeping around the corner and scaring you type of thing. It’s not campy in that way. It’s actually not at all what you would think it would be. It’s all a very true story based upon actual events.

TrunkSpace: It’s one of those stories that’s been told and retold amongst groups of friends who grew up in the area it took place, right?
Hunt: My best friend’s husband… he’s actually from right near where the real thing happened, so it is a story he grew up hearing all the time as a kid. The real lady, Emily Isabella Burt, she is actually buried right down the street from where he grew up and where his mom still lives.

TrunkSpace: Did you tap into those personal ties to the story and the area to get an inside perspective?
Hunt: Oh heck yeah! Absolutely! Anything we could find on her.

I was flying back and forth because I was working on two different projects, but it seemed like any time any of us were at a standstill and able to connect to Wi-Fi, we were emailing each other new things that we found on the Burt family. Anything more we could add, we’d just create a file with every single possible thing we could come across that pertained to the girl and her family.

TrunkSpace: Because the film is based on a true story with real people at its core, did you have to take a careful approach with how you presented them?
Hunt: I don’t know if it’s careful. As an actor, we all love to tell stories. Nobody wants to tell stories inaccurately. Even if it’s not a true story, you want to make sure that you’re portraying exactly what the writer had in mind and that you’re clear on what their vision was for the character. But, because “Lycan” is a true story, we didn’t want to come out with a bag on our face. We wanted to make sure that we covered every base and if there was ever any lingering question, we did our best to try to get that answered. I don’t think it was that we didn’t want to step on anybody’s toes. It was more of finding out more and more details because it made it so much more exciting.

TrunkSpace: And like they say, sometimes the most exciting storytelling is the real-life stuff because there are just some things that you can’t make up.
Hunt: Exactly. That’s my point. We were equally as curious and excited to find out so many more different things here and there. Yeah, absolutely… you can’t make it up.

TrunkSpace: Do you view the film as a horror film?
Hunt: We call it a suspense thriller. It’s not just a scary movie. Yes, it’s labeled a suspense thriller because of some of the things you’ll see in it, but it’s really not that. Everything you’re seeing is not something just made to be spooky or to get people scared. The entire thing spawned from a mental illness that was very real in North America until the late 1800’s or early 1900’s, but is still prevalent in Central and South America today. I can’t even fathom what it must be like to have something like that in your family or in your life. Once people know that it’s completely based on that, I think that they’ll see it from a different angle because it’s not just another scary movie that’s released in the fall. 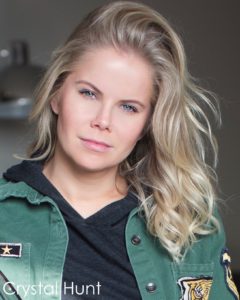 TrunkSpace: The film is due out this week. What do you want people to take from it?
Hunt: I hope they like all of the choices and all of the things we did with it, but I also really hope that they walk away from it equally as excited as we were to delve into more research on this mental illness and the girl that the film is based upon. I can’t fathom them not Googling it on their phone, even in the theater, let alone when they’re walking out. I hope they get equally as curious and excited about the subject of the film as we did because that’s the reason why it all came to be.

TrunkSpace: You chose not to star in “Lycan.” As you look to produce more projects in the future, will you stay behind the scenes or do you see a situation where you’ll pull double duty and act in a project that you’re also producing?
Hunt: I definitely will. I just think that on both my behalf and Dania’s, we both really realized how important it was to stay focused, especially with all the last minute things and all of the things that happen in the couple of days before you begin production, and even on the first day. There’s so many things you’d never plan for that happen.

We definitely know moving forward that we need to have someone, if I’m going to be acting in it as well, that we can trust to make sure that all of those fires are put out and that everything is handled and handled correctly. Because I gotta tell you, those things are bound to happen and there’s no way to focus on a character with all of those fires having to be put out as well.